Here to Stay: Women of colour and community activism in Newham in the 1980s

Here to Stay: Women of Colour and Community Activism in Newham in the 1980s. Gulshun Rehman, co-founder of Newham Asian Women’s Project, talks about setting up the group against the political backdrop of Thatcher’s new Conservative government and the rise of the National Front. Now a Trustee of the East End Women’s Museum, Gulshun will be joined by Rachel Crossley, Museum Director, to share her memories of the time and parallels today.

Gulshun Rehman helped to set up the first East London refuge for women of South Asian descent in the mid-1980s. She is also a founding member of the Newham Monitoring Project formed in the early 1980s to defend the rights of victims of racial and police harassment. She has a professional background in the UK and international charity sector, working with programmes to protect and uphold the rights of women and girls in resource poor contexts. For the last 25 years she has worked for international charities in Palestine, Bangladesh, India and Uganda. She became a Trustee of the East End Women’s Museum in early 2019. She has lived and worked in Newham for over 40 years.

Rachel Crossley has been Director of the East End Women’s Museum since 2018 and is overseeing the move to its first building. She previously worked at Arts Council England, Historic Royal Palaces, Museum of London and V&A, and is passionate about women’s history and gender equality.

Local artist Amber Perrier live illustrated the event, with a Scriberia-inspired piece using pens on canvas. You can see the final drawing below.

Amber Perrier is an artist from Newham. Her work is influenced by her life in Newham and work in central London. Amber’s artwork involves structures of London’s city skylines, using inks and watercolour alongside illustrations of people. She studied Fine Art at UEL, works as Community Engagement Officer at the British Library, and is a Young Trustee of Rosetta Arts. 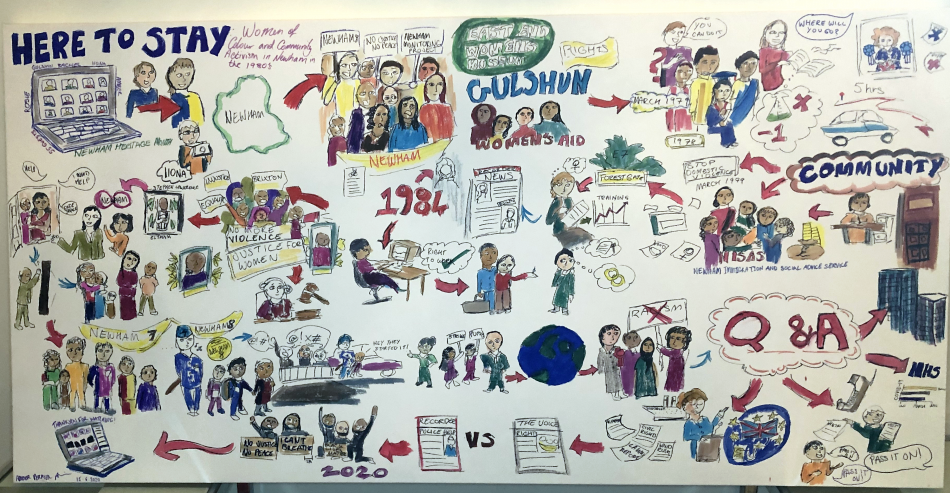 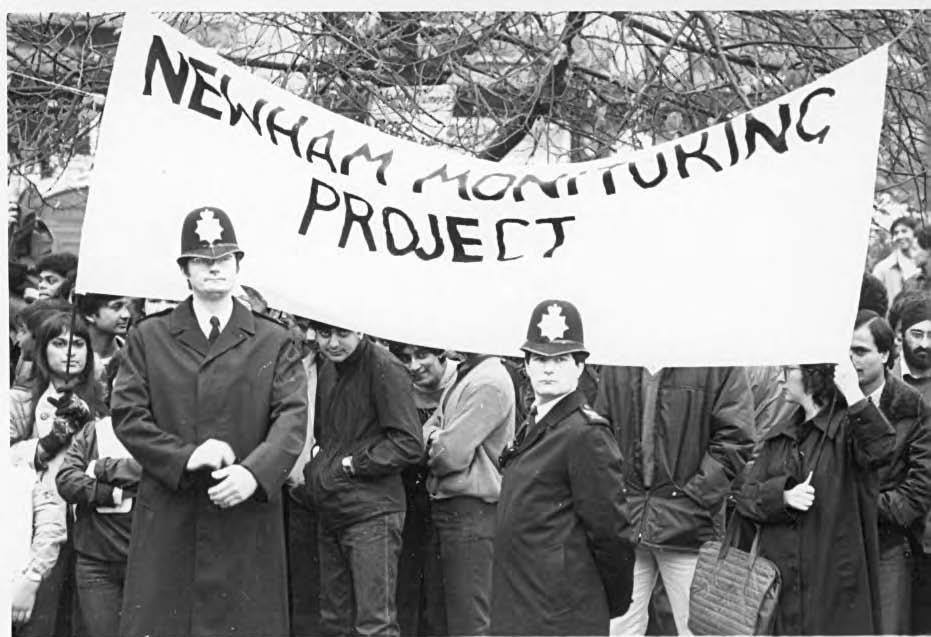