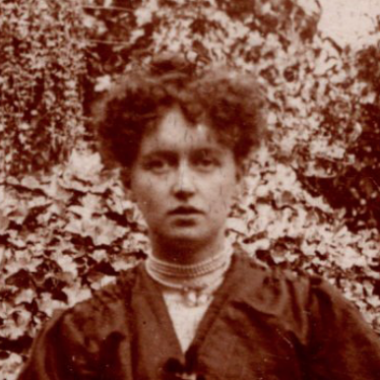 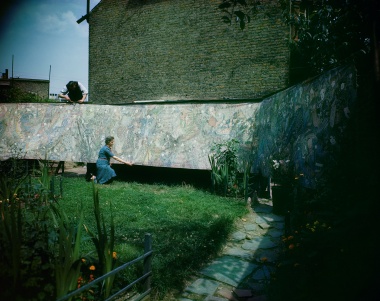 English artist Madge Gill (Maude Ethel Eades, 1882 – 1961) hanging one of her artworks in the garden of her home in Plashet Grove, East Ham, London, 19th August 1947. The 1.8 by 11 metre piece in coloured inks on calico is Gill’s largest work to date and has never before been shown in its entirety. Previously, one half of the work was included in the Hertford House exhibition for the Aid To Russia Fund during World War II. Gill is being assisted by her son, Lawrence. (Photo by Westwood/Paul Popper/Popperfoto/Getty Images)

Born an illegitimate child in 1882 in Walthamstow, London, Madge Gill had a disjointed childhood and life of personal tragedy. It was these experiences that inspired her to begin making art in her late 30s while living in Newham, producing thousands of intricate ink drawings and embroideries, many of which reflected her obsession with spiritualism. 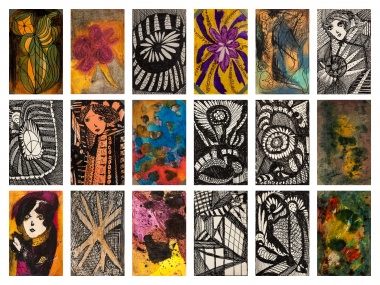 Gill’s childhood saw her move from Walthamstow, to Barkingside and later on to Canada when she was 14 to work on a farm, after her family realised they weren’t willing to support her and placed her in an orphanage. Gill remained in Canada until she was 18, she moved back to London in October 1900 and became a nurse at Whipps Cross Hospital in Leytonstone. A few years later she married her cousin, Tom Gill and the couple went on to have three sons. However, the couple had a difficult marriage and suffered a number of tragedies. Their second son sadly died in 1918 during the influenza pandemic. Gill’s health deteriorated in the years to come with a lengthy illness resulting in the loss of her left eye.

It was around this time Gill, now 38, began to create her art, which often resulted in a flurry of seemingly unending drawing activity. This activity, Gill explained, was encouraged by a spirit guide she came to embody called Myrninerest. Shortly after the start of her prolific artistic production she gave birth to a still-born girl in 1921. Her grief manifested itself in a deep depression and she underwent treatment in Hove for an undiagnosed psychiatric condition. Here she was encouraged to keep creating her artwork as a means of processing her traumatic experiences.

After finding this creative outlet Gill continued to make work for the rest of her life. While living in Newham, Gill instinctively made inspirational, intuitive and beautiful work; drawing in ink and pencil on what she could find and construct, from postcards to giant 30 foot long drawings on calico cloth. She also produced various intricate embroideries as well as various pieces of hand-woven clothing. Her artwork would often feature a young woman dressed in flowing robes, but never gave any indication of who this figure was – perhaps it was the spirit ‘Myrninerest’ or even herself. 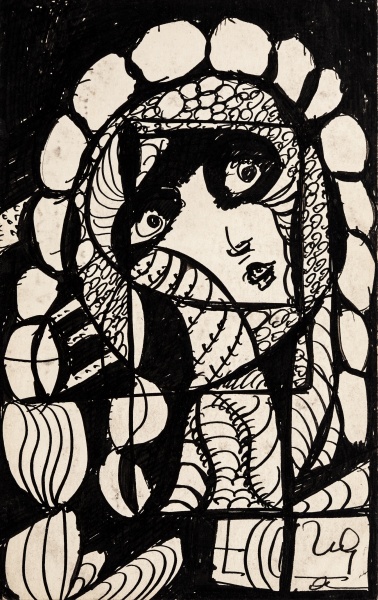 For anyone interested in finding out more about Madge Gill, London Borough of Newham Archive is a key starting point. They have a wealth of over 1200 artworks which are available to digitally explore, alongside a collection of original archival material. By special request, original artworks can also be viewed in the library. 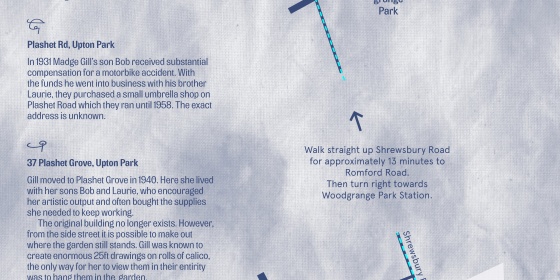 By the time the mysterious and enigmatic Madge Gill (1882-1961) made her home in Newham aged 40, her disjointed and eventful life had paved the way for her to begin... 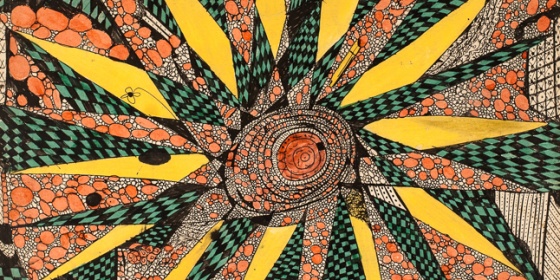 This film is an interview with Madge Gill’s second cousin, Betty Newman, who was born in Mitcham, Surrey in 1934. Her mother Betty (née Gatenby) often took her and her... 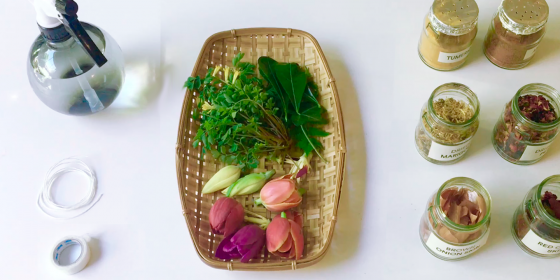 “If I had been a man I would have gone abroad & studied Botany, Himalayan rare flowers”    (Madge Gill) Contemporary artist Lola Lely has devised a bundle dyeing workshop...

Contemporary artist Lola Lely has devised a bundle dyeing workshop inspired by Madge Gill’s painterly aesthetic and her practice of creating all her artwork from home. As such it aims... FULL DETAILS +