Story of a returning soldier 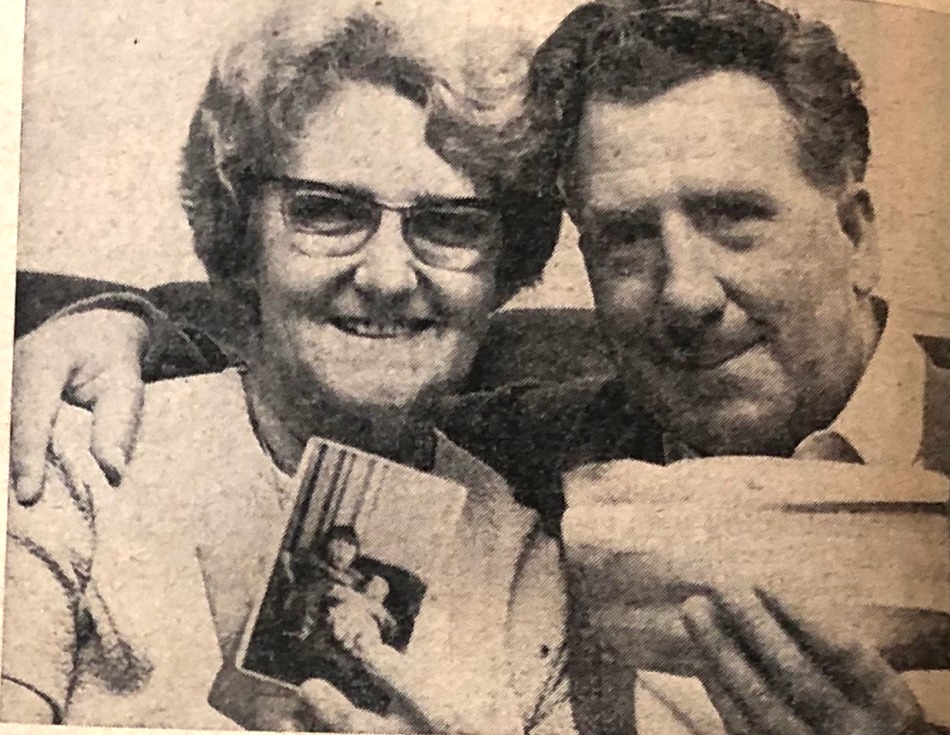 One of the most amazing local stories from VE Day in 1945 was revealed 50 years ago in a letter from an ex serviceman.

Colin Johnson lived in Winsor Terrace, Beckton, back in 1970, and 25 years after the event told how he spent five of his seven years in the Army as a prisoner of war (POW). He was captured near Dunkirk and taken to a POW Camp near Danzig in Poland where he existed on a litre of soup and half a pound of bread a day.

Mr Johnson was 51 when he was interviewed by the Newham Recorder in 1970, and was married with three children, and worked for North Thames Gas (later British Gas).

“The thing I remember about VE Day was that I had just put five years in a POW camp behind me. I had walked 1,400 miles in nine days travelling from Luneberg. The last time I had heard from family was 14 months earlier,” said Mr Johnson in 1970.

“I had sent a card and a telegram through the Red Cross and had no idea what I would find – if anything.”

He started off on the wrong foot back in London – by getting on the wrong bus! But he finally made it back to Newham – or West Ham as the County Borough was called then.

He arrived at the corner of Randolph Road, Canning Town, hoping to find the family home. “But nearly every home was flattened,” he said.

“Then I saw a flurry of colour and suddenly spotted children having their VE Day Party. Someone shouted (to everyone present) that there was a soldier.”

“The first one to meet me was a little girl. She was my five-year-old daughter whom I had never seen.”

“She looked at me and said: “Have you got any chocolate?” I knew there and then that I was home and all the children were safe.”

Colin told his remarkable story in a letter to the Newham Recorder. The paper had run a competition for readers to tell their best VE day story. Colin Johnson was pictured in the Newham Recorder with his wife and wartime memorabilia in 1970. 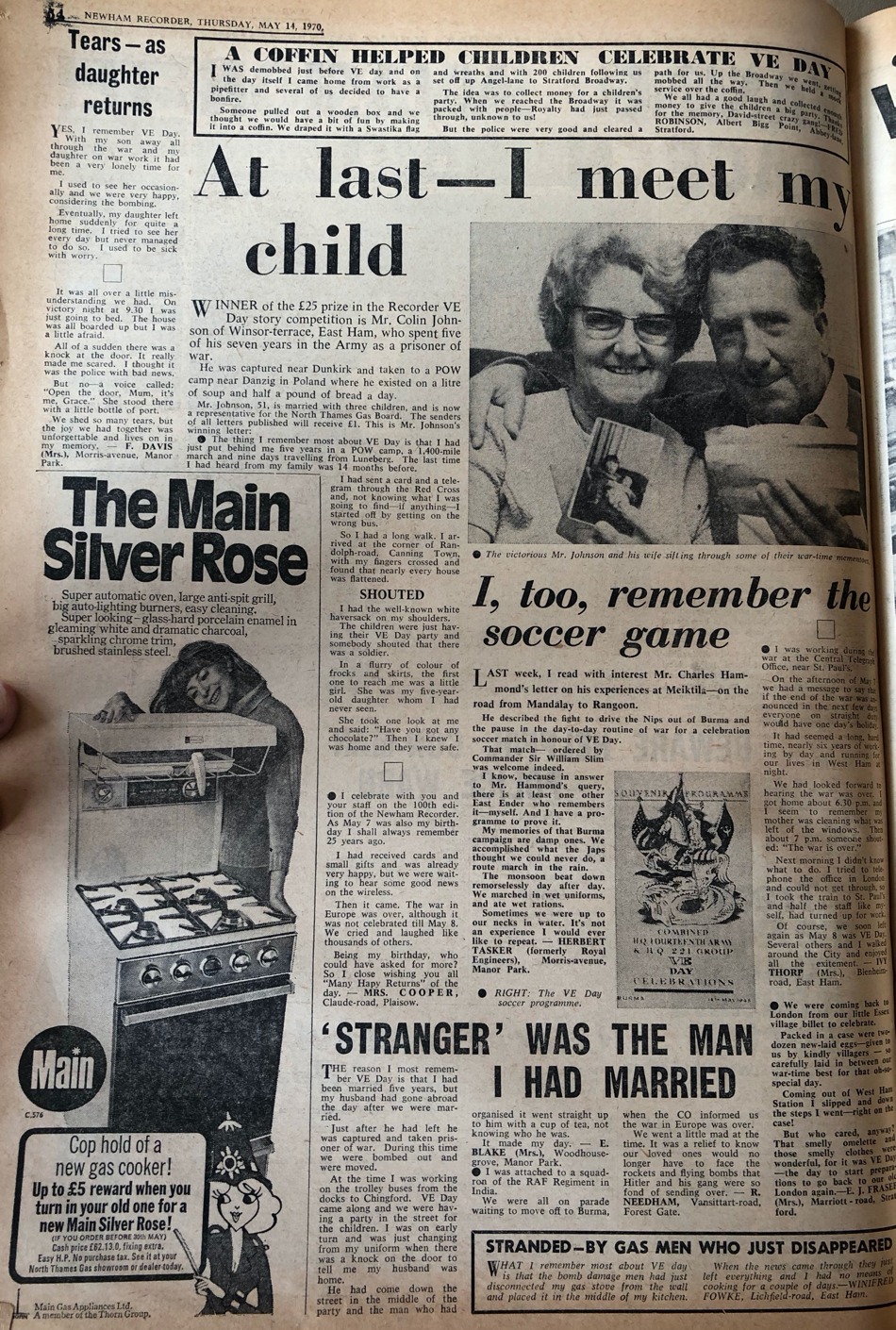