According to P&O records Asian sailors made up almost three quarters of the crew on the SS Persia, 81 European and 236 Asian crew members are listed. They would have been recruited from Bengal, the Punjab, the western coast of India and Goa in the South, receiving a fifth of the wages of the European crew.

Asian crew members from Goa were in the main Christian and were assigned roles as cooks, waiters and stewards above deck whereas the Indian seamen or ‘lascars’ as they were known were assigned jobs as sailors or in the boiler rooms as firemen or trimmers tending around the clock to the constant supply of coal for steam engines propelling the 8,000 ton ship through the water at speeds of up to 18 knots. The journey from London to Bombay on the SS Persia took about three weeks and routinely 10 voyages, five outward and five homeward, were made annually. In reality they would have been on the high seas for months on end. Kept in line by the serangs, Senior Indian Seamen, many of whom had recruited men from their own districts, they were often badly treated. They lived in cramped overcrowded conditions on board and some would desert ship in seaport cities such as London, Glasgow, Newcastle, Liverpool and Southampton, taking unskilled jobs to escape the conditions and harsh treatment they endured. Laid off when the ship docked they might have to wait up to three months for a return voyage, effectively penniless and destitute.

To find out more information, have a look at Asif Shakoor’s research into his grandfather’s seafaring history, Newham Heritage Month 2020 HERE 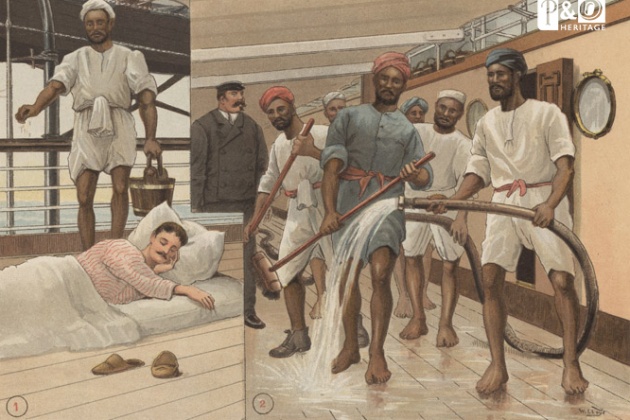 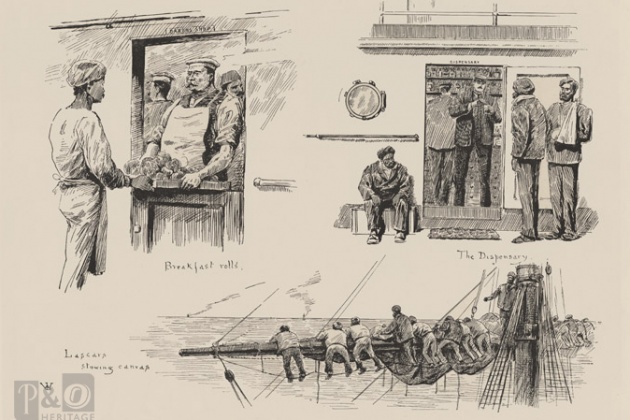