Arriving in the UK

In the early 1990s, a significant number of Albanian-speaking people from Albania, Kosovo and Macedonia fled their homes, to escape persecution. Many sought asylum in the UK and since then have built a community here.

Early support for the Albanian community

From 1999 to 2002, the Albanian community in East London was supported by Renewal Refugee and Migrant Community (RAMP) and the Hand in Hand project from the Children’s Society. Luljeta Nuzi contributed as a volunteer with RAMP with a number of other Albanian-speaking women. Luljeta, along with Flutra Shega, Evis Bodlli and other community leaders were provided with training which then proved to be effective in helping them meet their community’s needs. This training run by the School for Social Entrepreneurs was particularly helpful as it developed the skills of the community themselves. They also were introduced to The East London Communities Organisation (TELCO) who equipped them with the skills and tools to organise the community, to tackle the issues they faced and to get their voices heard.

They set themselves up at the Harold Road Centre where they had the space to provide support, advice, clothes, food, training and development opportunities to the community. At the same time, forging new relationships by working with other organisations such as Conflict and Change, Ethnic Minority Achievement Team, Vicarage School, NALS, Star Lane School, RAMFEL and the Refugee Council  so that they can help these organisations to reach the Albanian- speaking community. 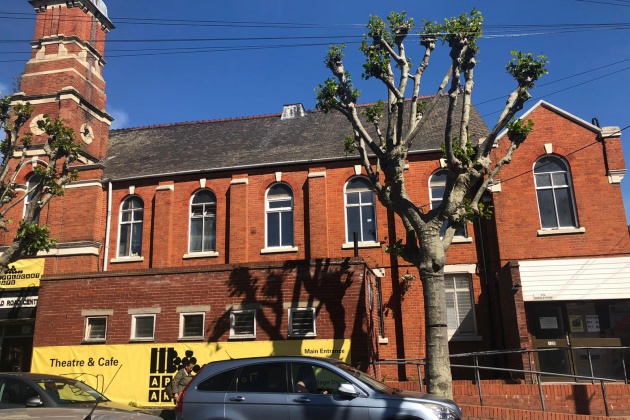 Harold Road, where Shpresa Programme was first based. 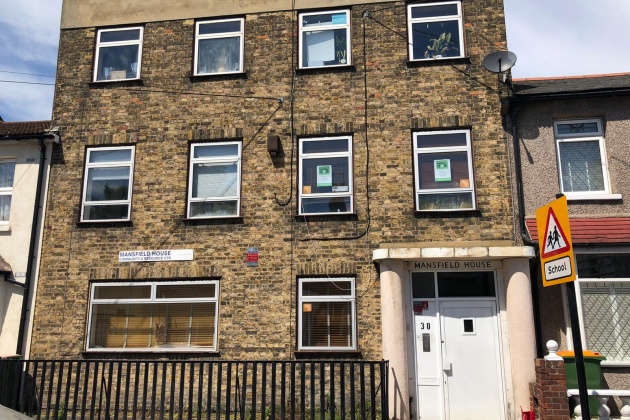 Mansfield House where the Shpresa Programme is now based.

The birth of Shpresa Programme

In January 2003, Shpresa Programme had secured a small amount of funding from Little Ilford Sure Start and was able to relocate from the Harold Centre and hot desking at RAMP to their first office, converted into a workspace from a storage room, at the Froud Centre community building. In a very short period of time Shpresa Programme had not only gone from an unincorporated association of people to a limited company and registered charity but had also grown in size as the number of people they supported more and more people.

Shpresa Programme joined TELCO as members and were significantly involved in campaigning on issues affecting the community such as the Lunar House enquiry, Strangers into Citizens and End to Child Detention campaigns.

Rt Hon Stephen Timms MP, the Member of Parliament for East Ham and an influential politician who has served the UK as Minister of State for the Department of Work and Pensions and Chief Secretary to the Treasury, has also been a close supporter of Shpresa Programme since the beginning. He continues to be a champion for the community and has raised different issues in Parliament on behalf of the community.

Not only they could expand greatly  their services and their reach but they willingly reached to other groups and offer to share their learning with them, offer them support and partnership. At this moment in time the centre is the house for many supplementary school groups in Newham and other new training companies such as NPCE, red sea, Romanian and polish school

Shpresa works with over 2,000 Albanian speaking refugees and migrants each year to foster integration and to support men, women and children, enabling them to contribute to the communities in which they now live and work.

Shpresa received the Queen’s Award for Volunteering in 2004. We hold the London Youth Quality Mark, Gold Award for excellence in our Youth Work provision. We also hold the Special Distinction Award from the National Resource Centre for Supplementary Education for exceptional all round high quality supplementary school provision. We were awarded the Forum for Health and Well Being’s Communities of Health Award for the third year running in 2016. Shpresa programme fully achieved the Trusted Charity level 2 Quality Mark( known as PQASSO level 2 4th addition) from NCVO in August 2018 .

In October 2016, we were delighted to receive the Marsh Award for our contribution to the fight against modern slavery for our work with trafficked women and children.

Our CEO received an Honorary Award as Migrant and Refugee Woman of the year in 2012, the David Crystal Award from the Chartered Institute of Linguists in 2014 in recognition of her work with Shpresa Programme fostering the study of community languages,  the Ambassador For Peace from Universal Peace federation December 2016 and recently in May 2017 the UK Foreign Social Entrepreneur Award from Money Gram.

At Shpresa we have come into contact and supported many hundreds of Albanian speaking people , children who learn Albanian language dancing, perform get involve in sports, parents who learn English and parenting skills, volunteers who get training and support and later on jobs, women that suffer domestic violence and get protected, people who need information and guidance , food or clothes, Shpresa has become the family for the young people who are here without their parents and  has become the organisation where we all can knock for help and they will try their best to help.

Currently Shpresa is running several projects across London, with its own headquarter here in Newham at Mansfield House. Shpresa has become the first door for help for many people across London, and are the missing extended family for everyone who joins, and the bridge to link with the hosting community.

A detailed history of how the Shpresa Programme came to exist, and help make a home for the Albanian speaking community in Newham.