Newham Black Performing and Visual Arts Workshop was set up in 1980 by Tony Cheeseman (1944-2009) and others to support the education, development and promotion of Black Arts in London. As a way of remembering this significant site (now Forest Gate McDonald’s) we will share stories from those who knew Tony and the brilliant work he did in Newham. A year after his passing in 2010 the Tony Cheeseman Foundation was set up in his memory to carry on his work. Tony Cheeseman became the first development worker of Newham Black Performing and Visual Arts Workshop in 1980 as well as being a founding member. It was originally a space they rented above a bicycle shop and was based at 324/6 Romford Road. Newham Black Performing and Visual Arts Workshop provided a vital and much needed space for the Black community to meet. It was a creative space where they ran workshops in drawing, painting, creative writing, poetry and singing as well as teaching Black History. Although it was a space for all ages there was a focus on supporting young people. Pearla Boyce, one of the founding members who helped set up the space with Tony told us that young people couldn’t wait to finish school and get over to the space:

“the inspiration of using their own talent, this encouragement from others, it inspired them to do the things they wanted to do… and a lot went on to university and followed their dreams.”

A lot of talent passed through these doors and came to support them including famous poet and musician Benjamin Zephaniah and Michael Harper. Each year they would have a talent show, including students from the Polytechnic in Stratford who would put on a fashion show of the clothing they had made. One of the important things Pearla says they did is to bring over the show ‘Muffin’ to be shown at the Theatre Royal which addressed the police stop and search discrimination of Black people.

Harry Cumberbatch, who also supported the Newham Black Performing and Visual Arts Workshop tells us about what the environment was like in the 1980’s and why this space was so important for the Black community and why it needs to be remembered.

A musician and man of many talents

Tony Cheeseman, also known as Pepe or TC, was born in Barbados and left the island at 19 years of age by which time he had become an outstanding basketball player and a prominent musician. In 1964 he was recruited by London Transport and came to work in East London. He formed a soul band Tony C and the Cresants who toured the UK and Europe during the 1970s and was also the lead singer for the funk rock group Zapata. Tony wrote, produced, arranged and published music. His most successful single Holiday was on his own label Tony Cee Records which was released in 1981. Tony wrote, sung, played guitar and produced his own records. 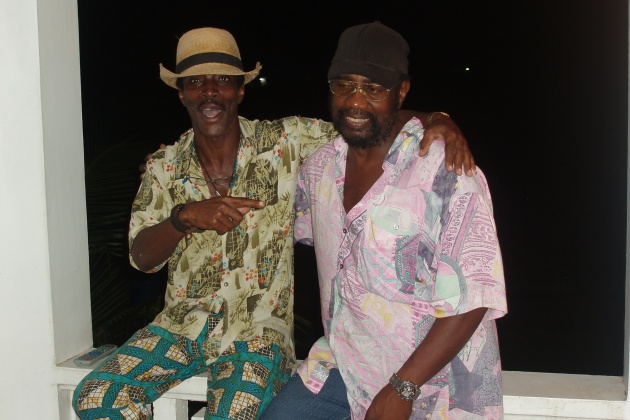 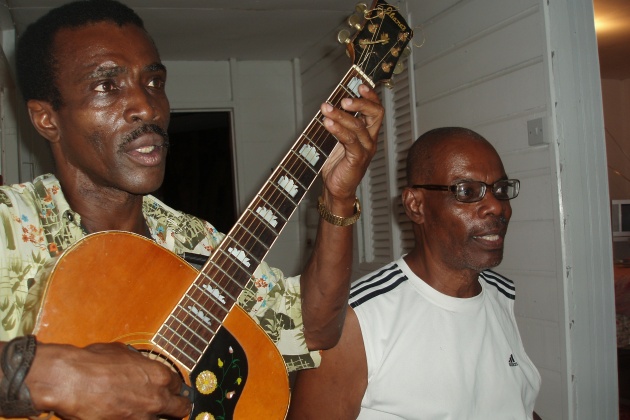 Harry Cumberbatch talks here about one of Tony’s unforgettable performances, his versatility as a musician and how he was a true showman.

Seeing the potential in others

Musician Trevor Murrell told a story about Tony during a tribute to him that really epitomizes the generous man he was and the potential he saw in others. Trevor turned up to an audition for Tony’s band, having only recently purchased some drums and a complete novice and soon found himself faced with experienced musicians and out of his depth. Trevor describes that in this embarrassing moment in his life, Tony turned to the rest of the band members and said: “Fellows, this kid is only a beginner but he is clearly eager to become a good drummer and in my opinion, with a continued level of interest and dedication, he will in future go on to become a musician of worth” and insisted that Trevor should be instated as their drummer. Trevor Murrell was shocked and said:

“this incredible man was able to see something in me that even I did not recognise. That kind, generous and heart felt decision of his…turned out to be a decision which would go on to have a huge and far reaching impact on my life.”

And Tony was right. Trevor later made important inroads into the music industry taking him on several world tours with major acts such as The Bee Gees, Anita Baker, George Michael, Wham, The Pointer Sister, Gloria Gayner, Lionel Richie, Al Jarreau, Sade and Tina Turner, to name a few.

An activist in the community

Tony was passionate and knew how important it was to know about African history and would hold talks at Newham Black and Visual Arts Workshop for people to learn. He also wrote many papers and in 1983 for a Black Youth Work Conference in Newham he wrote a paper called the Psychology of Racism, which is still relevant in helping us understand the mental condition of African people today. You can read Psychology of Racism here.

Tony also co-ordinated and chaired a ground breaking African history project in Newham during the GLC 1984 Anti Racist Year. This was a series of ten lectures on the theme Afrika – Mother of Civilisation. Tony gave the first lecture titled First World People – The Evidence. Other distinguished speakers from the Black community contributed during the three-week programme including Cecil Gutzmore speaking on Pan-Africanism. 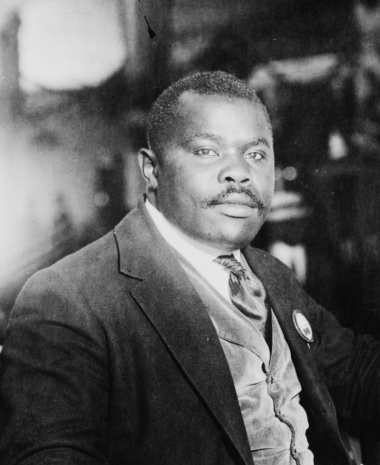 Peter Blackman Snr spoke about Garveyism that refers to the policies of the Universal Negro Improvement Association and African Communities League (UNIA-ACL) founded by Marcus Garvey (1887 -1940), who was a huge inspiration for Tony and his work.

Today on the 10 June 2020, we celebrate the 80th Anniversary of Marcus Garvey’s death. Garvey was a phenomenal leader and orator of the Black nationalism and Pan-Africanism movements, inspiring Black unity and pride and was Jamaica’s first national hero.

His extraordinary words can be seen in this collection of personal records and speeches preserved and edited by his wife Amy Jacques-Garvey, The Philosophy and Opinions of Marcus Garvey, which you can view here.

You can find view the full programme of lectures and speakers for the GLC 1984 Anti Racist Year here. 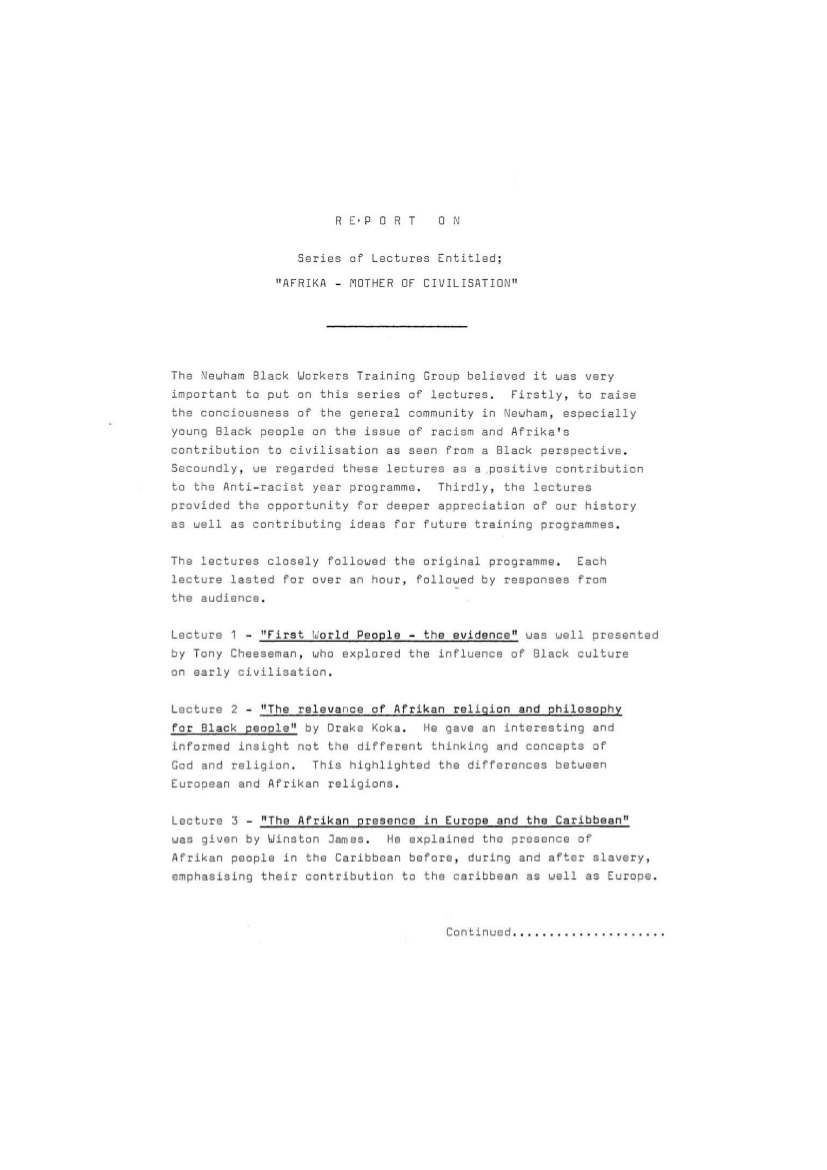 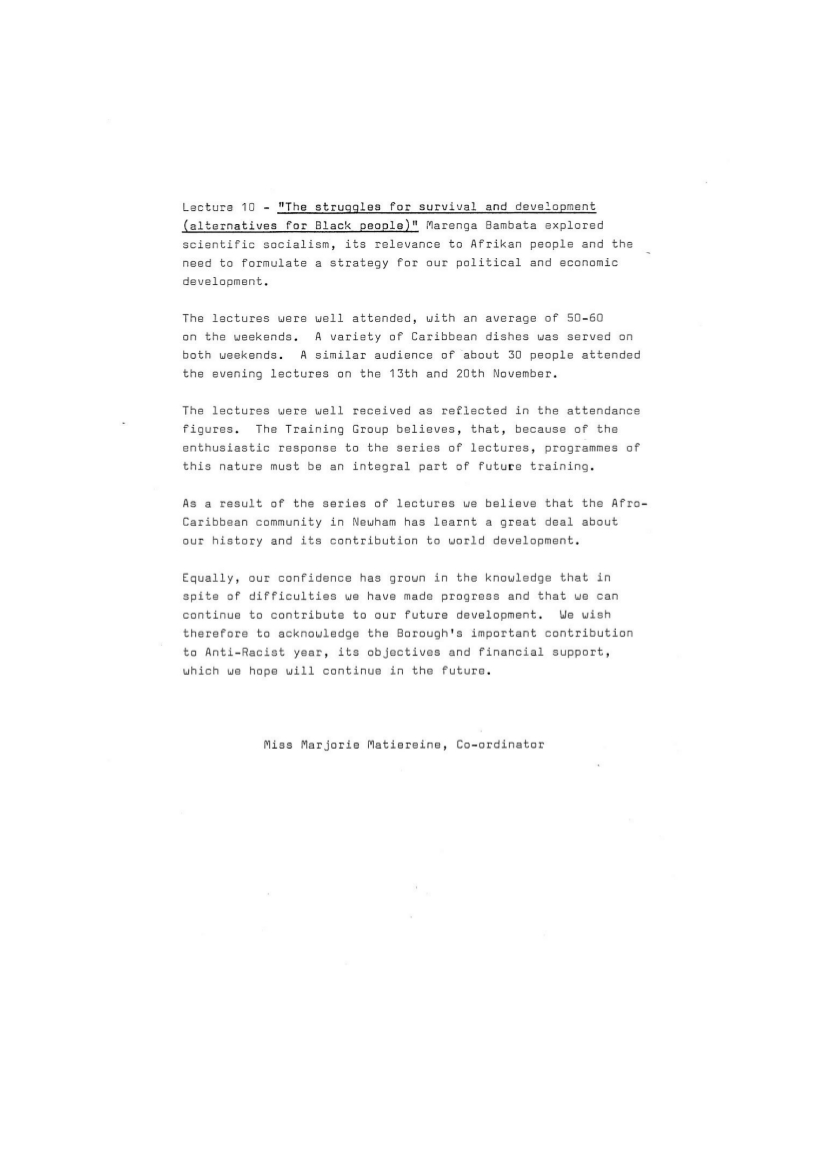 Not only an established musician, Tony was also a social worker and activist and was a member of many Pan African groups and had a strong desire and knowledge for his African roots. He was a member of the Newham Afro Caribbean Youth Association and in this letter from 1976, you can see how he supported young people in their creative development and looked for opportunities for them to attend Black Arts and Cultural Festivals in Nigeria.

Tony was also instrumental in getting an African & Caribbean Centre in Newham which was a meeting point for many people from the community. It provided opportunities for entertainment, to play dominoes and where you could get a Caribbean meal. It was also a space for young people and for education including learning African languages and was even a nursery. The centre continues to serve the community to this day.

Tony Cheeseman made a difference wherever he went…

Tony attended Goldsmiths College and successfully completed a diploma in Community & Social Work and worked as a social worker in Lewisham before returning to Barbados where he worked as a Musical Cultural Officer at the National Cultural Foundation and afterwards as a social worker at a Psychiatric Hospital until his retirement. He returned to his love of basketball and later represented Barbados at the Veterans Olympics.

Tony was both knowledgeable and a great communicator and continued to work towards African unity throughout his life, around the world. In 2008 after returning from Ghana where he represented Barbados at the Global African Congress Summit, he also delivered a talk on Repatriations at the London Global African Congress AGM. You can read one of Tony’s earlier papers on Repatriation here. Tony passed the following year on Emancipation Day the 1 August 2009 and his Going Home Celebration was held on the 11 August.  The Barbados Nation newspaper reported on the celebration:

“He will be remembered as a humble man who had a passion for the history of his people, a Barbadian musical pioneer, a deeply spiritual man – it was made clear Tony’s legacy would live on with those in the various organisations with which he came into contact.” Would you like the memory of the Newham Black Performing and Visual Arts Workshop to be remembered and commemorated? Do you know of any other African and Caribbean spaces that have disappeared over the years?

Please let us know through this short survey here.

Singles by Tony Cheeseman, produced by Tony Cee records where he wrote, sung, played guitar and produced his own records.

The Tony Cheeseman Foundation which was set up in memory of Tony Cheeseman and to continue his good work, are celebrating through showcasing 10 years of work on their legacy website. Please find out more here: www.tonycfoundation.com

Newham Heritage Month would like to thank Harry Cumberbatch, one of the founding members of The Tony Cheeseman Foundation, for his huge contributions to this story, Pearla Boyce for sharing her knowledge of Tony and their work together and Tony’s daughter Chidi and grand daughter Alexis and the rest of the Cheeseman Family.

All images in this article are © Cumberbatch collection held at the Newham Archives and Local Studies collection.