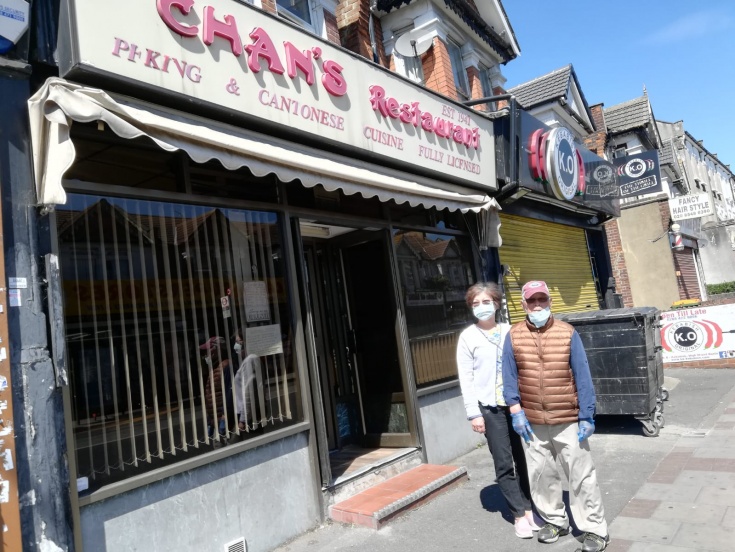 Mr Wan tells us about his journey from Hong Kong to the UK by sea in 1959 and his first job at Chan’s restaurant in Manor Park, that he would later go on to lease. The Chan’s Restaurant was originally opened by Mr Chan in 1941 and was the first ever Chinese restaurant in Newham.

Mr Wan remembers how busy Chan’s restaurant was when he started, with people queuing up on both sides of the road, and how the work was tough, with 10-hour shifts until 2am and being paid 50p to £1 a day. He was also victim to abuse from customers with some running off without paying.

In 1961 he left Chan’s restaurant and over the next 7 years he set up and sold both a restaurant, with a friend in Surrey, and his own restaurant in Dagenham. In this time he also met his wife after a return to Hong Kong, but they had to spend nearly two years apart until he had saved enough money to rent a place for them.

Mr and Mrs Wan moved back to Newham in 1968 and rented a place opposite Chan’s Restaurant and in 1970 they leased the restaurant from Mr Chan who had retired. They have lived in Manor Park ever since for over 50 years.

Mr and Mrs Wan talk about how running the business whilst raising 5 children was a lot of pressure. The business was hard work with long and unsociable hours. They also needed to save money and so they would grow their own beansprouts and make their own spring roll skins and Mr Wan would frequently carry by himself heavy loads of ingredients of fish, meat and vegetables from the wholesale markets. Mr Wan says that he was grateful for help from his relatives in Hong Kong who came over from his home village to support him. As their children grew they also began to help and over 20 years ago their son took over the restaurant.

Mr and Mrs Wan have fond memories of their former regular customers and so they have kept photographs of them and some record of religious services and dedicated a corner of the restaurant to them. There is a lot of memorabilia in the restaurant, with early menus and newspapers from when the restaurant won Best Food and Drink Awards in Newham in 2006, under the management of his son. There are photos of the Award Ceremony, including a visit from the then Mayor of Newham and David Bailey, the famous photographer. 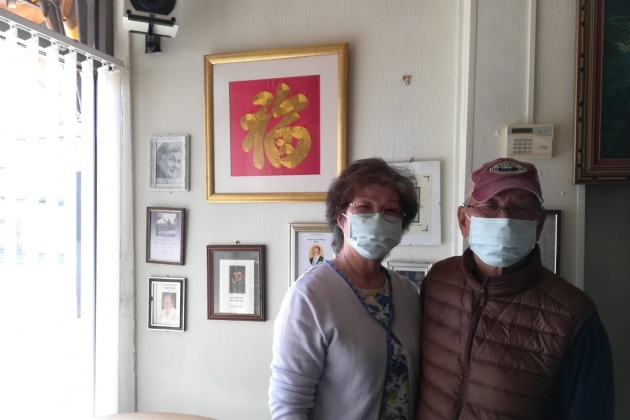 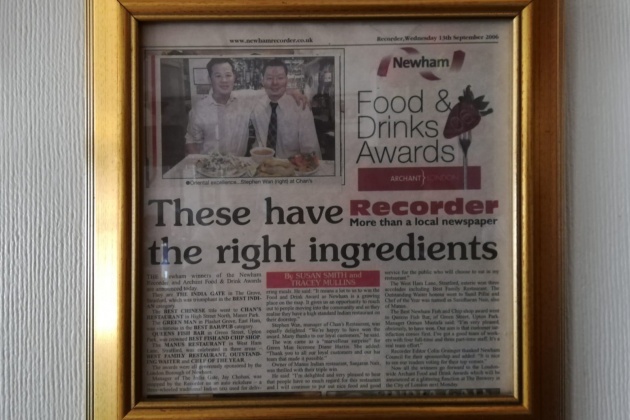 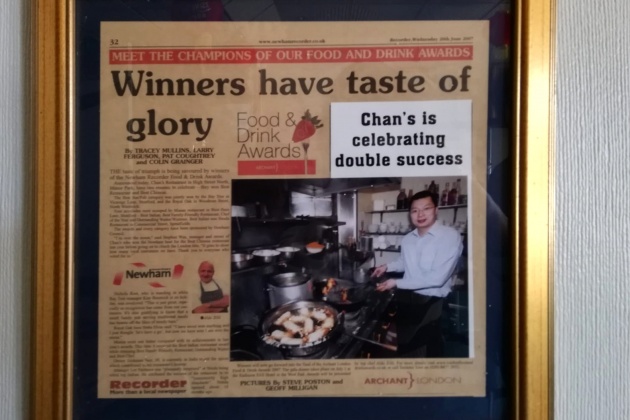 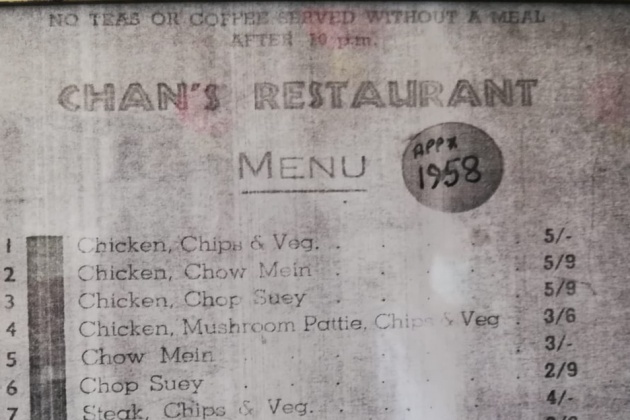 Mr Wan reflects on his time in Newham, having to adapt to a new environment, learning to run his own business while raising a family and how they succeeded through hard work, sheer determination, tenacity and working as a team. He says that his experience reflects the ethos of a famous Chinese proverb:

Mr and Mrs Wan also talk here about Covid-19 and how they are worried for their family and the future of the restaurant. The restaurant not only now faces more competition in the area, but with the virus they don’t know when it can open again. They are considering opening for take away services, but are worried if they will have enough income to cover the staff and overheads and whether they’ll need to consider selling. Covid 19 has affected restaurant trade worldwide.

The film below ‘From E to E’ tells the story of Chinese immigration from the Eastern world to East London including an interview with Newham Chinese Association and Chan’s restaurant. The project was put together by students from Loughborough University who worked with the digital archive of Eastside Community Heritage. You can read more about their findings and the history of Chinese immigration here.

Mr & Mrs Wan joined Newham Chinese Association (NCA) after retirement in the 1990’s. Just a few months after joining they helped raise over £10,000 through holding a dinner party in the Floating Chinese Restaurant in Canary Wharf, helping to secure and sustain NCA services for the community.

Mr and Mrs Wan talk about how important NCA is in providing a place for the Chinese communities to meet, socialise, learn tai chi, dance, play mahjong and to join in with Cantonese Opera Singing or karaoke, as well as a space for retirees to help them avoid social isolation. Chinese people work six days a week in the catering business, with not much leisure opportunities and so NCA is a space where they can support one another and promote good physical and mental health.

Mr Wan was later elected as a Chair of NCA and now remains as one of the NCA’s Honorary Chairs, playing an active role in supporting the community, even throughout his serious illness a few years ago. His main concern is the sustainability of NCA and the need for younger members and so he encouraged our current Chair, Mr Yau to join NCA, to continue with the charitable work and help sustain NCA services to the community. 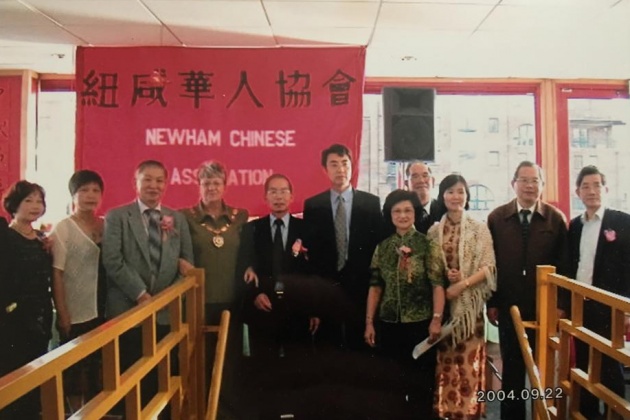 The Lotus Chinese Floating Restaurant event where they raised £10K for NCA, when Mr & Mrs Wan first retired in 1990’s 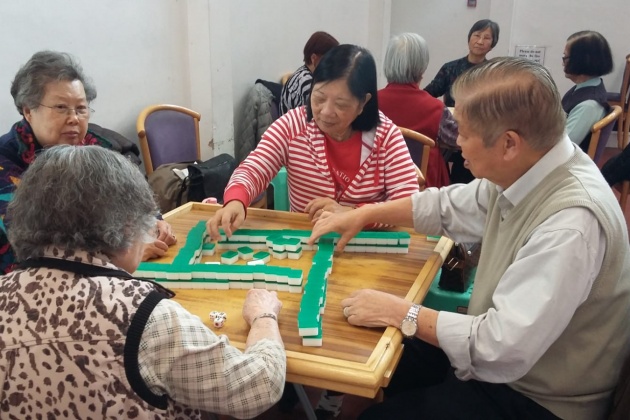 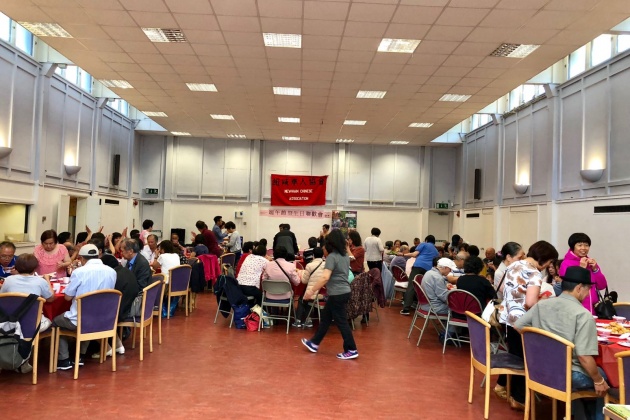 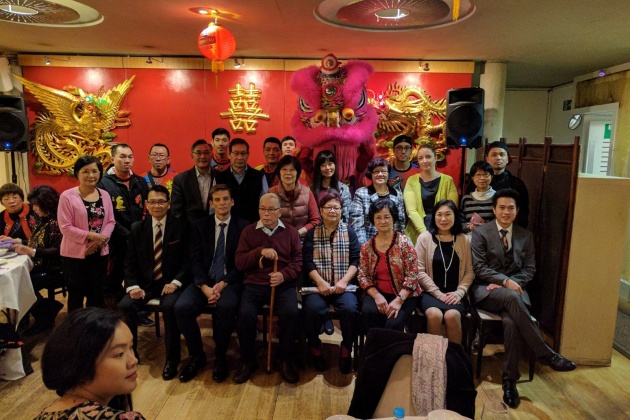 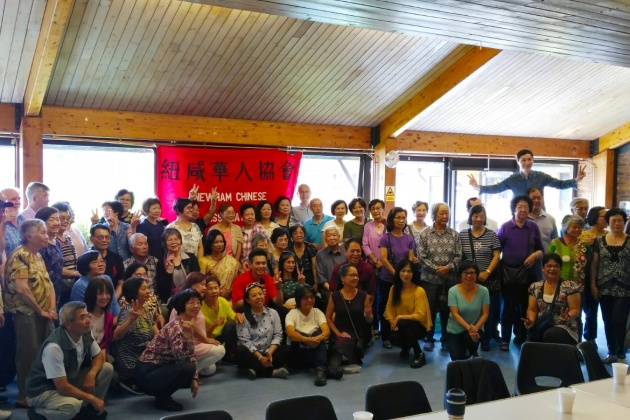 Mr Wan is also one of the Honorary Chairs of Newham Chinese Association, playing an active role in supporting the community.