A unexploded WWII parachute bomb pictured in a Manchester street

Here’s the surprising story from 79 years ago straight from the marvellous memory of one of the area’s oldest inhabitants, 94 year-old Joan Plant.

This story, gathered by journalist Colin Grainger, is a gem amidst the horrors of war.

It’s 1941 and North Woolwich suffered from relentless bombing attacks known as The Blitz and that phrase will bring many memories to different generations across East London but in the Royal Docks area in particular. Even today unexploded bombs are still being recovered as new communities are being created.

Locals had got used to the daily ritual of bombs attacking their neighbourhoods since the Blitz began in September 1940. Within just a few months hundreds of local people had lost their lives. And thousands of children had been sent away from East London – evacuated to various parts of Britain. These included Joan and sister Sheila, who had been sent away to Bath. Like many, they were missing their home terribly and kept in touch by letter.

“We’d been told not to tell everyone where we came from (East London) and instead say we lived a short distance from Greenwich!” said Joan. Her parents Fred and Flo were still living in their home in Grenadier Street, North Woolwich. Next door Grandad Grey as he was known, lived with his daughter and three children Joan, Shirley and Robin.

Bombs and rockets and planes flying over were something families had become familiar with. Then suddenly there was a new threat, parachute bombs or mines. These were naval mines dropped from an aircraft by parachute. They were mostly used in war by the Luftwaffe and frequently dropped on land targets. These were attached to parachutes to act as blast bombs. When detonated at roof level rather than on impact the aerodynamic effects of their blast were maximised. Instead of the shock waves from the explosion being cushioned by surrounding buildings, they could reach a wider area, with the potential to destroy a whole street of houses in a 110 yard radius and windows being blown in up to a mile away. 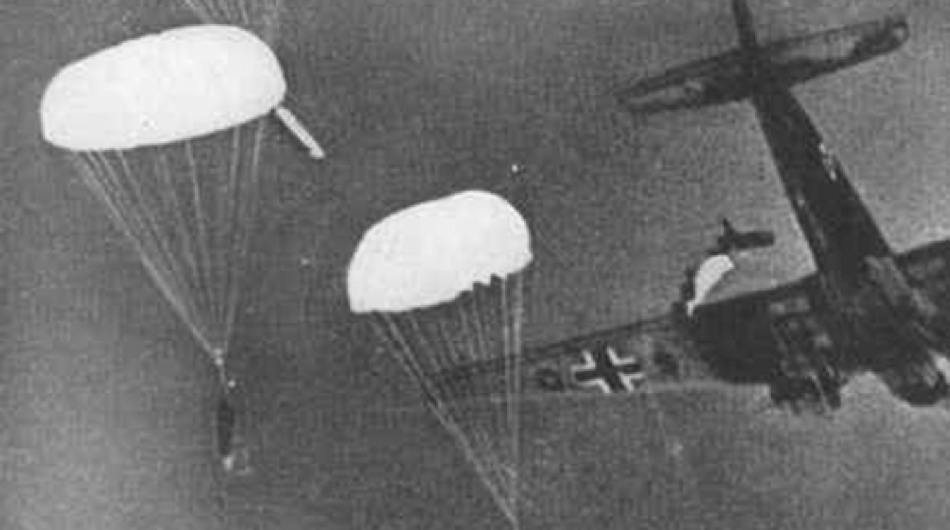 Parachute mines being dropped by a German plane

It was in March 1941 that the latest parachute bombs were dropped on homes near the Royal Docks. An air raid siren had alerted the Plant and the Grey families to go quickly to the air raid shelter in Albert Road, around two streets from their house. But the two men in each house would not be budged.

“My dad and Grandad Grey said Hitler was not going to get them out of their beds,” said Joan, who was 15 at the time. “All of a sudden a parachute mine sent to cause devastation hit the roof of number 13 next door to us. Everyone waited, expecting the worst, but it never happened. The whole street could have gone up, but an eerie silence was all that happened,” she said.

“Mum and dad and Grandad Grey told me how the bomb landed making a kind of slithering noise,” said Joan. “Grandad Grey got out of his bed and looked up in amazement. He struggled to get out of the room and around the huge mass of green silk which was the parachute attached to the bomb – and the bomb itself. It had gone right through the roof and was hanging, hovering above the top of the stairs, but incredibly had not gone off.”

The ARP Wardens were on the scene of the drama within minutes and immediately starting evacuating people who had not left their homes when warned to by the earlier sirens. “Their bravery was incredible,” said Joan. The street was cordoned off for three days while bomb disposal experts dealt with more pressing emergencies.

“I got a letter from my mother telling me they were safe but that we should stay away from the home and to wait for them to let me have further news.” Eventually the Army Bomb Disposal Team came and made the bomb device safe and people were allowed to return to their homes.

“Mum told me that the senior officer sent the lower ranks away to safety while he defused the bomb,” said Joan. Eventually the bomb was made safe, but the remains of the mine bomb and the green silk parachute stayed – and the story of the amazing escape for families in Grenadier Street was about to take another twist.

“One morning someone asked to come inside and have a look at the bomb and the silk,” said Joan. “The silk was beautiful and everyone wanted a piece, but we were told we could not have it. “So, as more people came to see what had become a tourist attraction, Grandad Grey put a chair outside the front door and a collecting bowl to help The War Effort.”

“Most people were so poor, they could only afford to donate ha’pennies or pennies. So it was amazing that more than £14 was collected by people visiting to see what had become a big local event. The incredible escape was a big story for local people.”

After a few more days the bomb and the parachute were eventually removed.The money – which equates to nearly £900 today – was then taken to the local council. North Woolwich was part of Woolwich Borough Council at that time. It later became part of West Ham, and then Newham.

“Each borough in London was asked its bit by raising money for the war effort to help provide parts for planes to lead the fightback against Hitler,” said Joan. The money went towards constructing the North Woolwich Spitfire which went on to be used in the war. 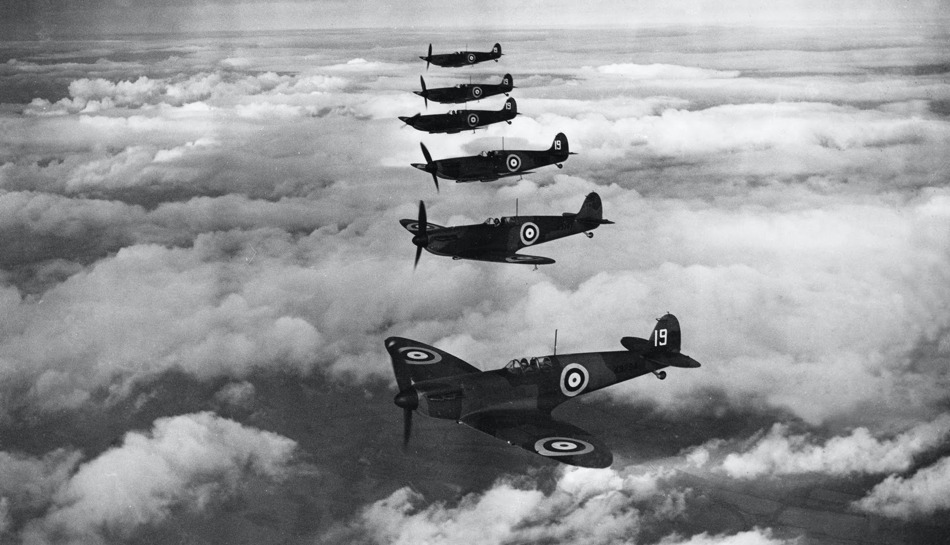 “Sadly here were no pictures of the parachute bomb drama. Everything had to be kept secret during the war. And we couldn’t afford a camera anyway!” added Joan. The falling bombs became a way of life. But this one was special. “Even now, we feel cheated we did not get to keep the silk parachute!” said Joan.

After researching the documents of Newham Archives in Stratford, journalist Colin Grainger managed to track down the exact day March 20,and time, 1.55am that the para mine fell on Grenadier Street. The listing is in the register of all bombings made in the old West Ham Bomb book for the entire war.As a child Colin played on many bombsites in North Woolwich and Silvertown from the late 1950s to the late 60s and he covered many stories about unexploded bombs,

“They serve as a stark reminder of what our parents and grandparents went through. They also remind us of the heroism shown not only by servicemen and women in combat, but also at home by the emergency services and the volunteer wardens.” 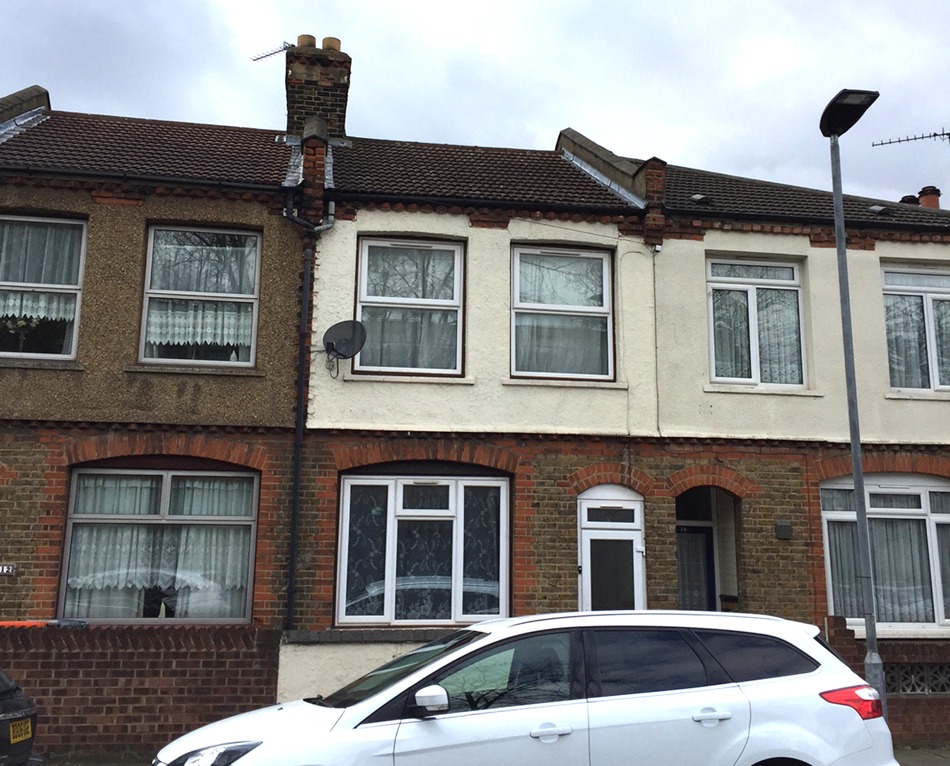 The house in Grenadier Street as it stands today