About Works By Madge Gill

Works by Madge Gill was set up by Art Director and Curator Sophie Dutton, with the aim to share Madge Gill’s artwork and story with the communities Gill was originally connected to.

As such Works by Madge Gill are proud to present a series of events in Newham, the area Gill lived for nearly 40 years and created her remarkable artwork.

For Newham Heritage Month 2021 they are partnering with East London Textile Arts to hold weekly workshops, culminating in an exhibition of the artworks created on the 22nd May. Sessions are open to those with an interest in textiles or drawing and finding out more about Madge Gill’s varied use of materials including card, cotton thread, pencil, biro and calico fabric, which she was known to source from the factories in Newham.

A major outdoor exhibition of the artist’s work is due to launch on The Line in June. The project has been developed in collaboration with Newham Council and will include large-scale reproductions of Madge Gill’s work. The first installation will be launched on 22nd May to coincide with Newham Heritage Month.

Works By Madge Gill – the project so far:

The unveiling of a Blue Plaque to celebrate the life of the artist and former Walthamstow resident marked the beginning of the project in 2018.

The project brought some of these rarely-seen artworks together in a landmark exhibition of her work held in 2019 at the William Morris Gallery in Walthamstow. 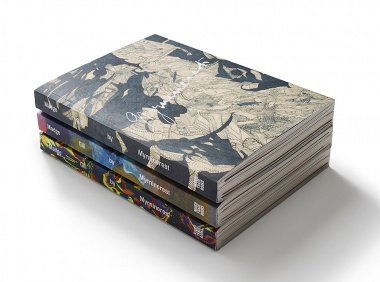 Myrninrest for sale from Rough Trade (click image to purchase)

A book reflecting a personal journey through the extraordinary archives of Madge Gill was published in 2019 by Rough Trade Books. Madge Gill by Myrninerest consists of conversations, exclusive interviews, essays from outsider art specialists, family photographs and hand-written correspondence plus rare and unseen works, including her revelatory large-scale embroideries. A video brief for textile and art enthusiasts keen to join with a group of local people to learn more about the local remarkable visionary artist, Madge Gill.

Through the teachings of former Newham resident and self-taught visionary artist, Madge Gill (1881-1961), we would love you to explore your creative drive, and supernatural talent. Newham based East London... FULL DETAILS +

An exhibition by East London Textile Arts and curator Sophie Dutton who have co-designed a series of workshops inspired by the work of Madge Gill for local people to discover... FULL DETAILS +

Re-Imagining Madge Gill — Exhibition and workshop at the House Mill