Darning Newham, a project created by local textile artists Katie May Anderson and Memunatu Barrie, explores and celebrates how women have contributed to Newham. In alignment with the overarching theme of NHM 2021 being ‘Shops, Docks and Factories’ the project began with extensive research into women working in factories based in Newham over the period of 1890-1980. This research has been translated visually through collage, drawing and the creation of textiles, as the project seeks to make this heritage accessible and relevant to those living in modern Newham.

This project is a collaboration between two textile artists with a unique voice and so the methods of research and their final outcomes are distinct. Memunatu Barrie is a textile designer currently studying at Central Saint Martins with a specialism in Print. For this project she was drawn to researching the 1950 – 1980’s as a period of dramatic cultural shifts in Newham. Both eras mark turning points for women’s rights in society and the workplace, showing Newham to be a fascinating centre of change. Katie May Anderson is a costume designer and dress researcher fascinated in the sartorial history of Newham. Her focus for this project was the period of 1890-1920, encompassing the end of the Victorian era and WW1 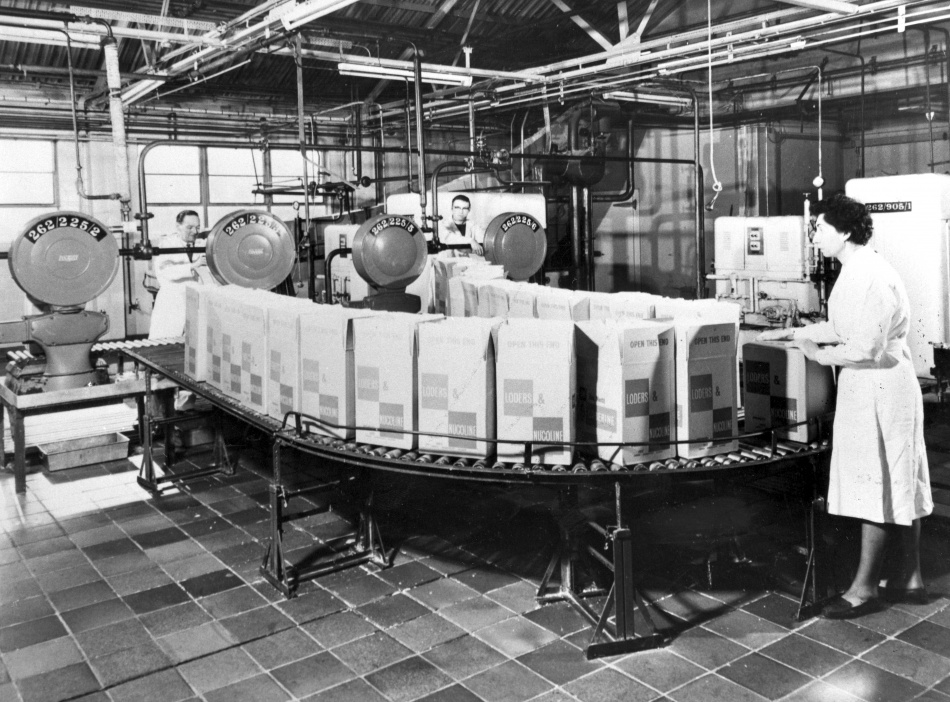 However what these images do not show so clearly is that the Borough was becoming more diverse with growing communities from South-Asia , Africa and the Caribbean in particular. Memunatu’s work explores these gaps in the record and celebrates the cultures coming into Newham during this time, transforming the area. Change was also happening in the workplace, with more opportunities for employment. Memunatu’s design work features illustrations of women representative of the various job roles women have taken since 1950 – 1980. From lollipop ladies, to bakers, to doctors, to caregivers this section of the project explores and seeks to illustrate and design from it all. 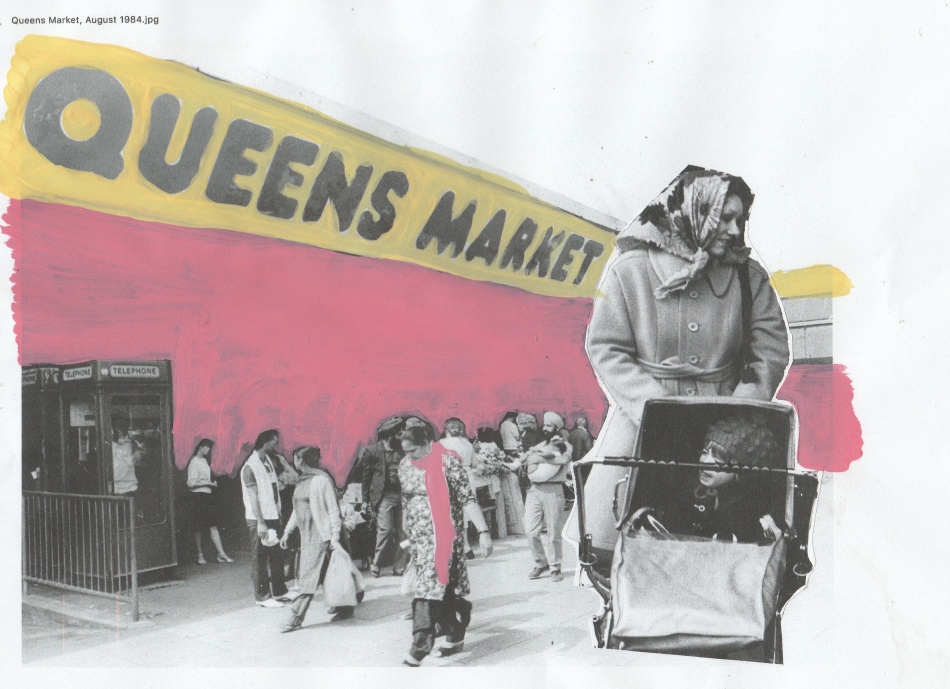 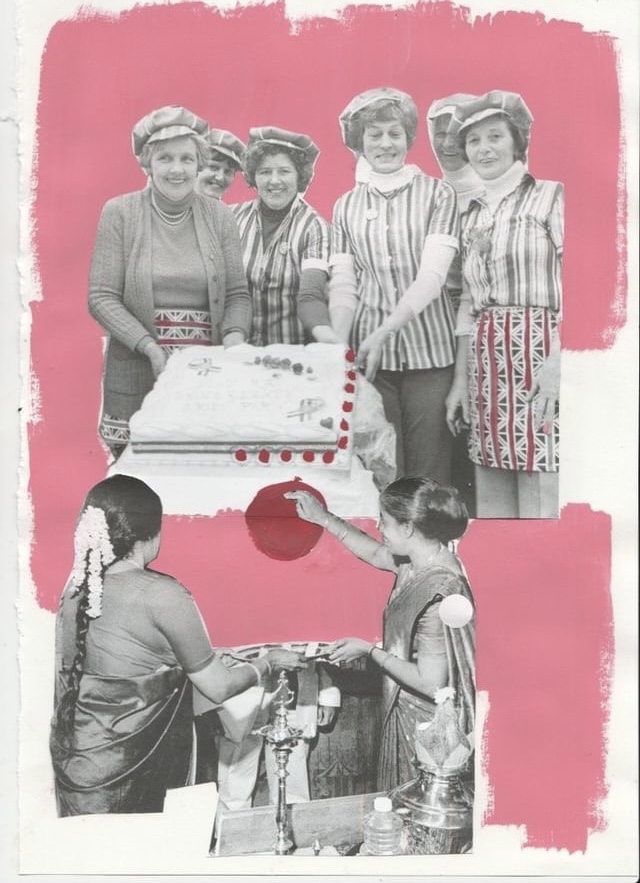 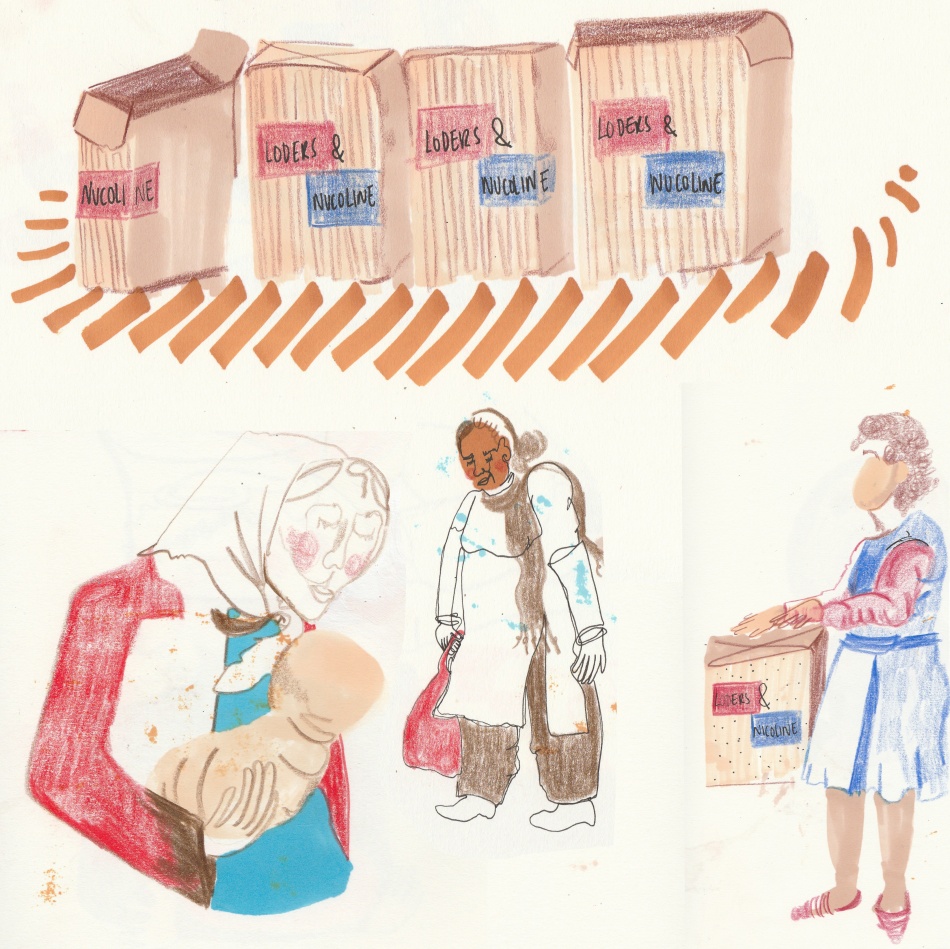 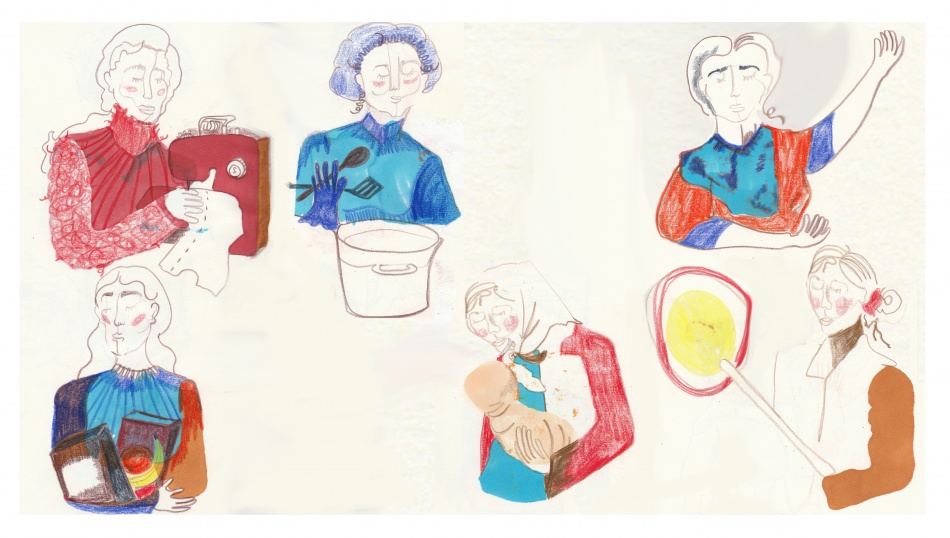 Memunatu Barrie’s work culminated in the creation of a textile print representing the story of  women in Newham from 1950-1980. In her iconic vibrant style she delves into the  importance of individuals from varied cultural backgrounds in making community.

The final  outcomes will be presented in  a film to be released by Darning Newham to mark the end of NHM May 2021. As a proud  addition to both of these final pieces, Darning Newham will also present the work of the  Darning Newham x NewVIc design competition winner in the film.