The Importance of Tate Institute

Colin Grainger, former editor of the Newham Recorder and resident of Silvertown has had a long association with Tate & Lyle through family working there. Here he reflects on the impact of the Tate Institute for the project Memories to Movies: From Scanner to Screen produced by Royal Docks Learning and Activity Centre. Standing opposite the giant Tate & Lyle sugar refinery, the Tate Institute was financed by Mr Tate to the tune of £5,000 to serve as a community centre

“for the benefit of the industrial classes of Silvertown and its neighbourhood.”

Sir William Tate gave £1,500 to renovate the building in 1904, adding another £1,200 in 1906.From those days onwards it was a place that figured highly in the history of Silvertown.

Many have attempted to chart its history and there are many confusing dates around locally about when it closed and when parts of it were sold off or used by others.

There’s not space here to try to be exact, but we know from the Stratford Express of 1911, that there were splendid excursions being organised that became river cruises. One here was on board the “little steam tug Sun,” which made its way along The Thames until locals could see the HMS Thunderer “looking a little like a war vessel.”

Needlework clubs, scouts, cubs and guide groups all met there over the years and staged shows, and also featured in the Express.There were day trips organised to the seaside…later to become known as Beanos.

In the 1920s, Tate & Lyle’s football team posed proudly outside with their haul of trophies.There were plenty of socials, dances and parties staged there for the whole community.

Serving as a library and air raid post during the Second World War, the Institute was renamed the Tate and Lyle (London) Sports and Social Club in 1953. The top floor later served as Silvertown library between 1938 and 1961, with the ground floor still used for social events. 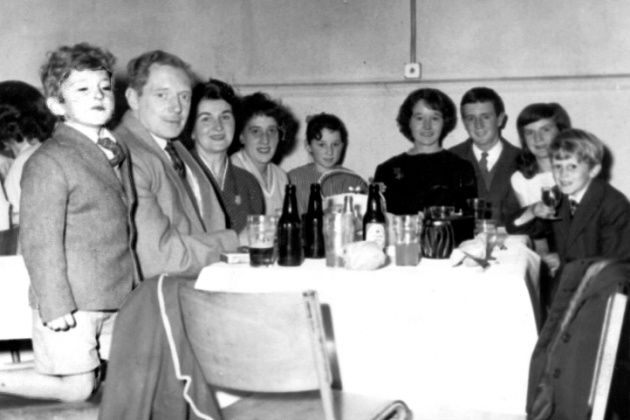 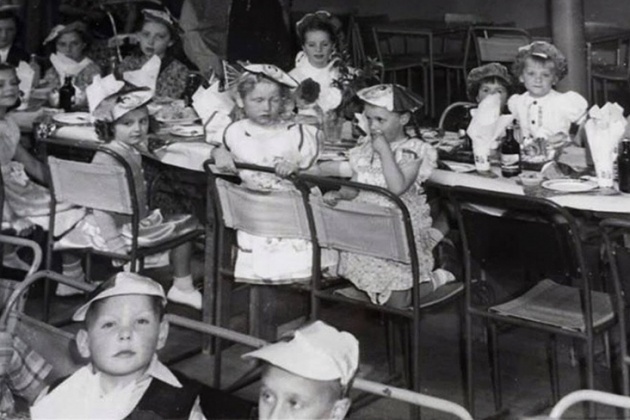 One of the official socials featured the Elastic Game

It was a contest between two teams of men and women facing each other. There were fixed lengths of strong elastic chord with a heavy key tied at one end of each chord. On the word ‘go’ the chord was passed down the men’s trouser waistband and after exiting the bottom of the trouser leg had to be passed to the woman next to him and placed up through the bottom of her skirt or dress and out of the top of the clothing and then down the next man’s waistband. The first team to reach the end of the line were the winners. Of course, sometimes the elasticity ran out before then leaving many doubled up or crouched! 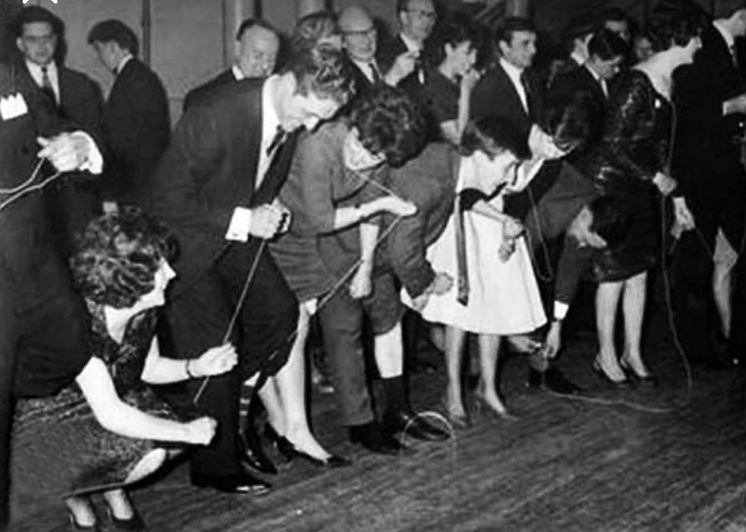 Silvertown and North Woolwich were hit by floods in 1957. They were a real nuisance or a delight, depending on whether you were an adult or a child.
Pictures in Saville Road show the extent of the flooding and pictures from both ends of the street show children paddling in water with Tate & Lyle factory at one end and the ships in the Royal Docks at the other.

“I remember going for a game of snooker in the Tate Institute upstairs. When we came down two hours later it was flooded up to our knees. Everyone was stepping on and off chairs to move about. But they were still serving drinks and people just sat on tables and carried on as if nothing had happened!” David Bullard 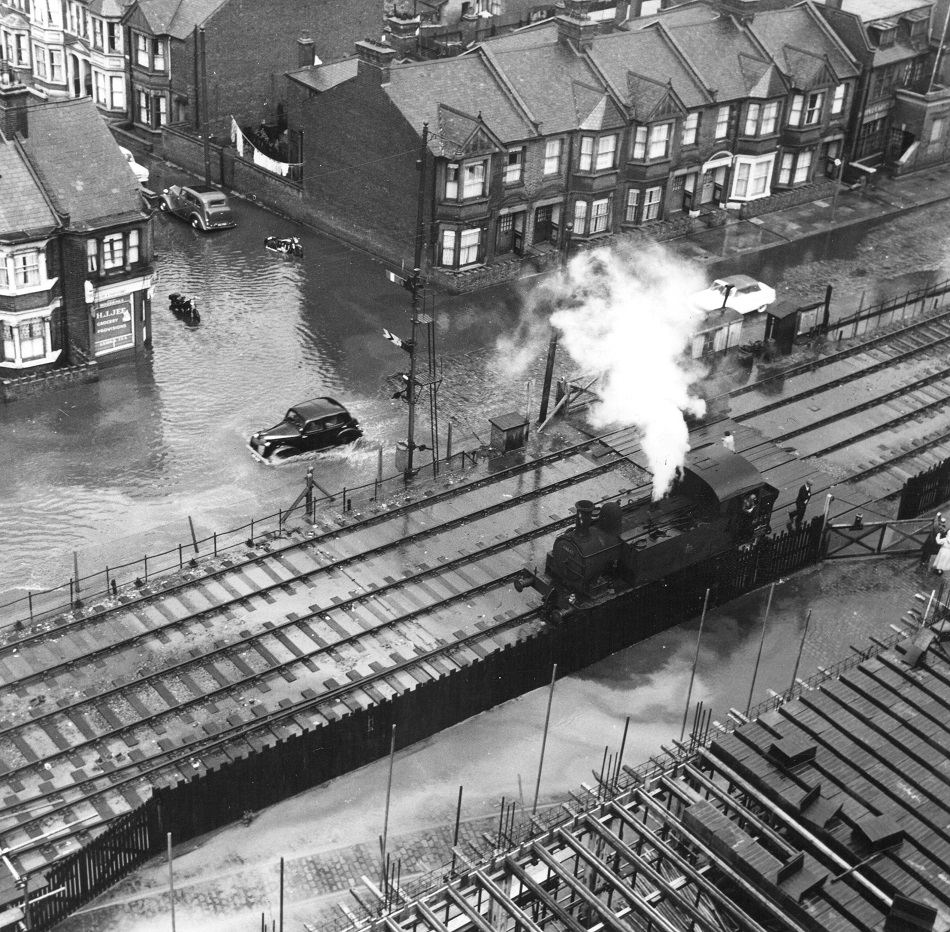 In later years the ownership of the building went to Newham Council. It was boarded up in 2011 but in 2016 a group of artists took over the building establishing the Craftory, to rehabilitate the building and create the Silvertown Art Space to provide a hub for a broad range of artistic and community activities.

Whatever the future of the building, many believe the front aspect should be retained as an architectural memory of Silvertown’s past. 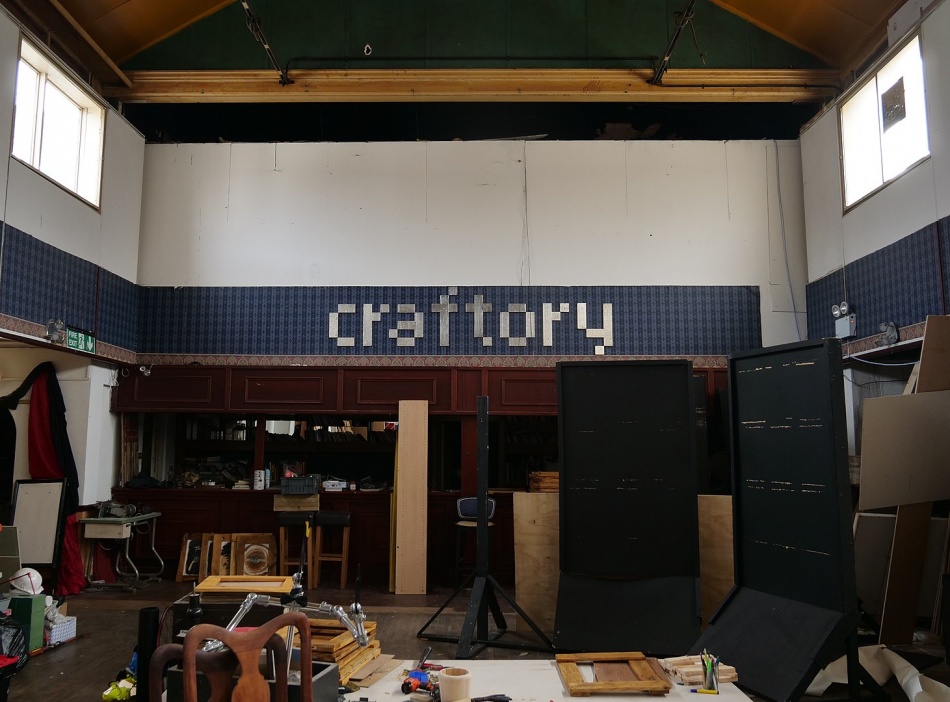 Craftory workshop in the former Tate Institute. Photo by Leutha