Supporting the Next Generation: An Interview with Sheriff Jammeh a.k.a ‘Big C’

Sheriff Jammeh, or ‘Big C’, is a Gambian business owner and Co-Founder of Interface Gambia & Youth Club in Newham. His business ‘Interface Gambia and Youth Club’ works with young people, building their confidence and skills through media production, fashion and food. He was interviewed by Louise Meiklejohn, as part of IROKO Theatre Company’s project ‘Stories of Africans Living in Newham’.

Interface Gambia and Youth Club was set up by Sheriff Big. C and his niece Ya-Adams Mendy Jammeh and Haddy Jeng. The idea started when his niece mentioned that she was bored at parties and felt there wasn’t a space for people her age to come together. They developed the idea and created a space that engaged young people first through media and then creating a space that allowed youngsters to come and socialise.

“She noticed at some point, that …when we are putting ourselves together, or when we’re doing things together as a family or groups, we don’t really include them. And when I looked at the point that she made, it really kind of touched me, say, yeah, you’re right…So basically, when she come up with the idea I said, you know, she would love to do, like be a part of something that will sort of create some sort of an environment for the age group or even upcoming youngsters as well. So, like I said, she come up with another friend of mine as well called Haddy, Haddy Jeng, came up to me and said, you know what, I’m actually bored every time I go to a party…So they came up with the name, first says Interface and I ask them exactly what they mean, is just, we just want to be seen, part of things. So, interface, I said, why don’t you add Gambia on it so that we can personalise it to our own community? They said, yeah, fine.”

The aim of the business is to allow youngsters a space to be themselves and to develop interests and skills. Sheriff has successfully combined the youth club with the media and food side of his business, giving kids a chance to learn about cooking, do placements within the media and have a space to form relationships with himself and other youngsters. 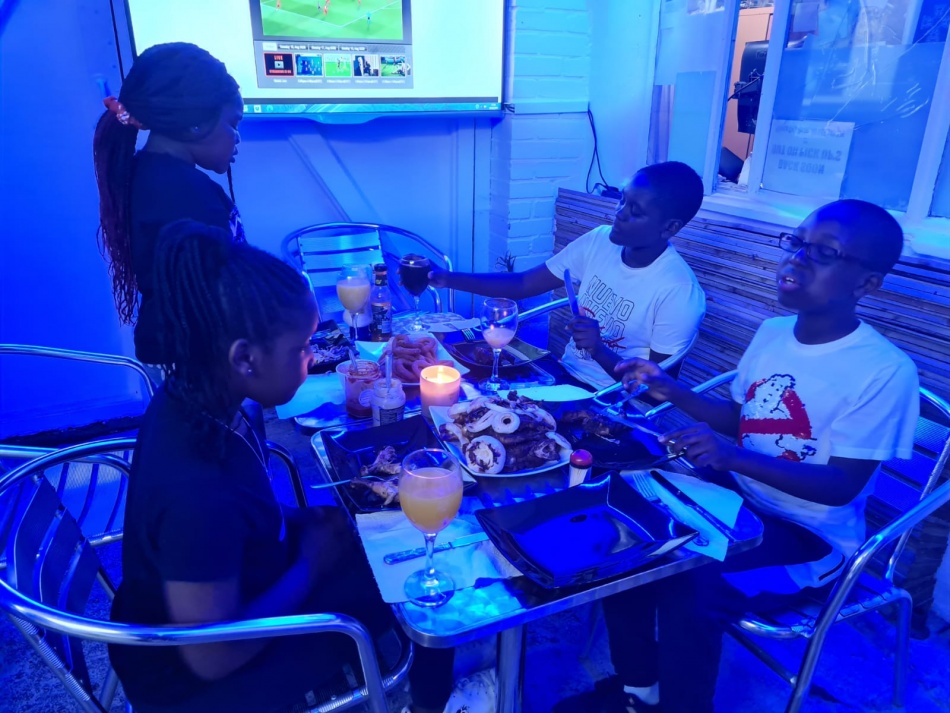 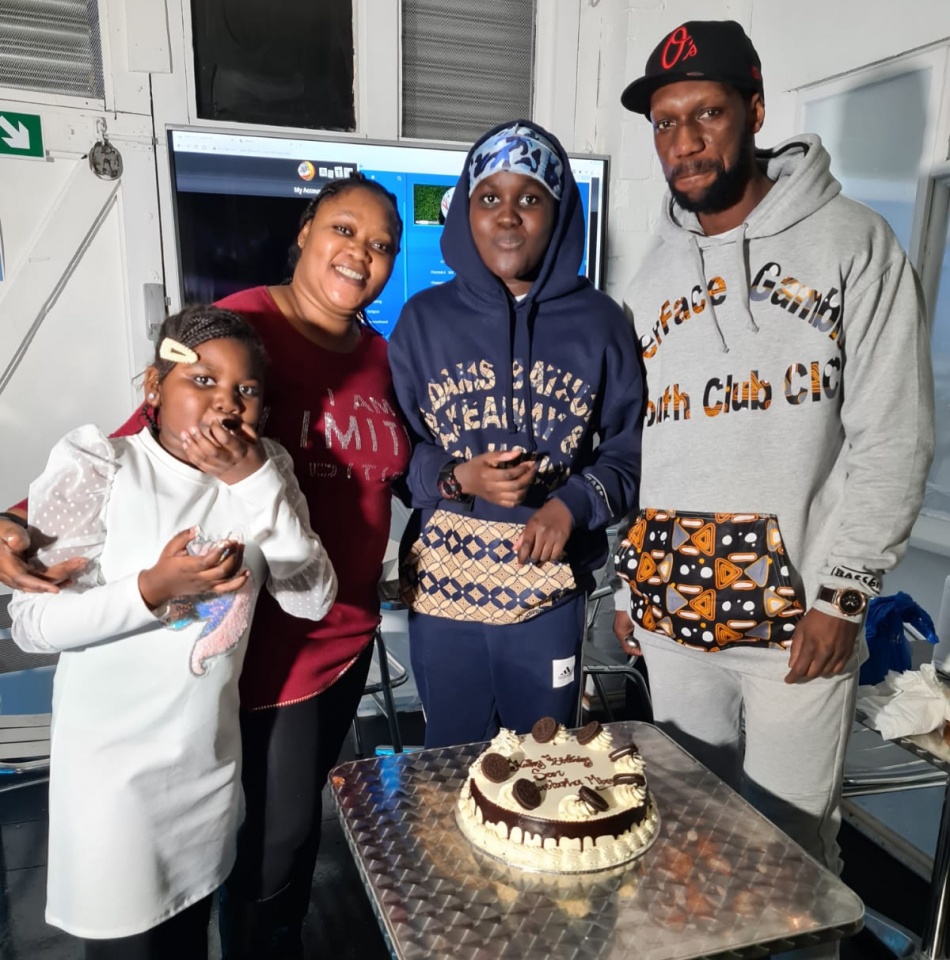 Sheriff is motivated by helping his community and finds the mentoring role he has taken on to be the most rewarding part of his business. He hopes to continue this work in the future and to continue to celebrate his community within Newham.

Sheriff has a warm and generous spirit and cares deeply for his community. He has taken on a mentoring role with many of the youngsters from the youth club and feels this has been a success as he has developed a positive relationship with the kids. He provides references, gives youngsters the chance to learn about cooking and production, listens to them and gives advice.

Sheriff also provides placements to students at university and finds, “That experience to be quite honest is one of the best. Because, when you have a child, somebody who looks up to you, in a sense, by saying that I want to come to you to learn a bit more about what you do, to me, is better than any other thing.”

Within his work he has made sure that not only kids, but all sections of his community are involved in his work. This was first done when creating the programmes for Interface Gambia where he,

“created almost about six to seven shows in between – we had the religious side, which is the Muslim side, we had the Christian side, we had the culture side, we had another programme called eye to eye, which is face to face, basically, profile. And then the young people show as well. So, we created order, and it was fun at the time.”

Sheriff is also a huge basketball fan. He used to play professionally, representing Gambia in international tournaments, and continues to pass on his passion by playing with and coaching young people in the sport. 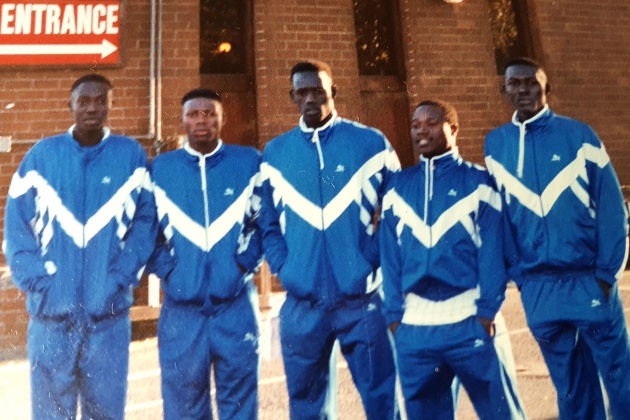 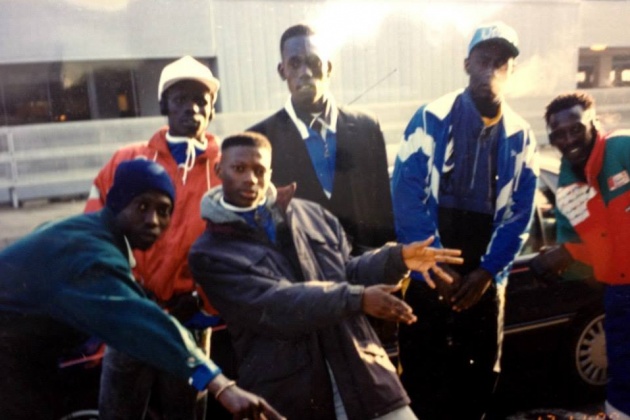 Sheriff has found the different branches of his business work well together as it gives a space where people can relax, eat and learn. He is keen to support youngsters and their interests in any way he can and provides a space that allows them to explore their interests.

Having this wide scope within his business has given it stability, while also providing platforms to support other businesses through the fashion awards. This has given young business owners a space to show their work, gain recognition and have the chance to sell their products. Two designers have gone on to be successful after being recognised for their work in the awards, with one designer using African materials in t-shirts and a young woman being featured in newspapers and having the chance to design for the Gambian football team’s kits. Sheriff is proud of the fashion awards for giving young people the space to achieve. 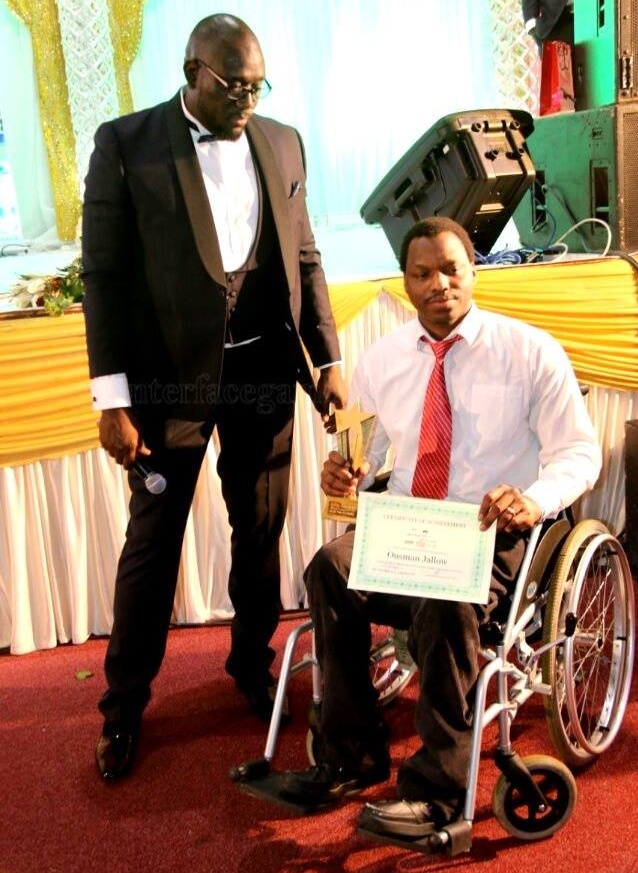 “That’s the thing that my niece and the other lady wanted for young people to have a voice somewhere, not only a voice, be visible somewhere. You understand. So, if you get that and you created somebody to be seen some way, to me, I’ve achieved what I wanted to achieve. So, like I say, it’s just to be able to get them closer, whatever sector that I get to find that young people are interested in. I will try and include it in what we do.”

Family and community support are also key to Sheriff’s success, with his family being a huge inspiration for him and the way he works today. 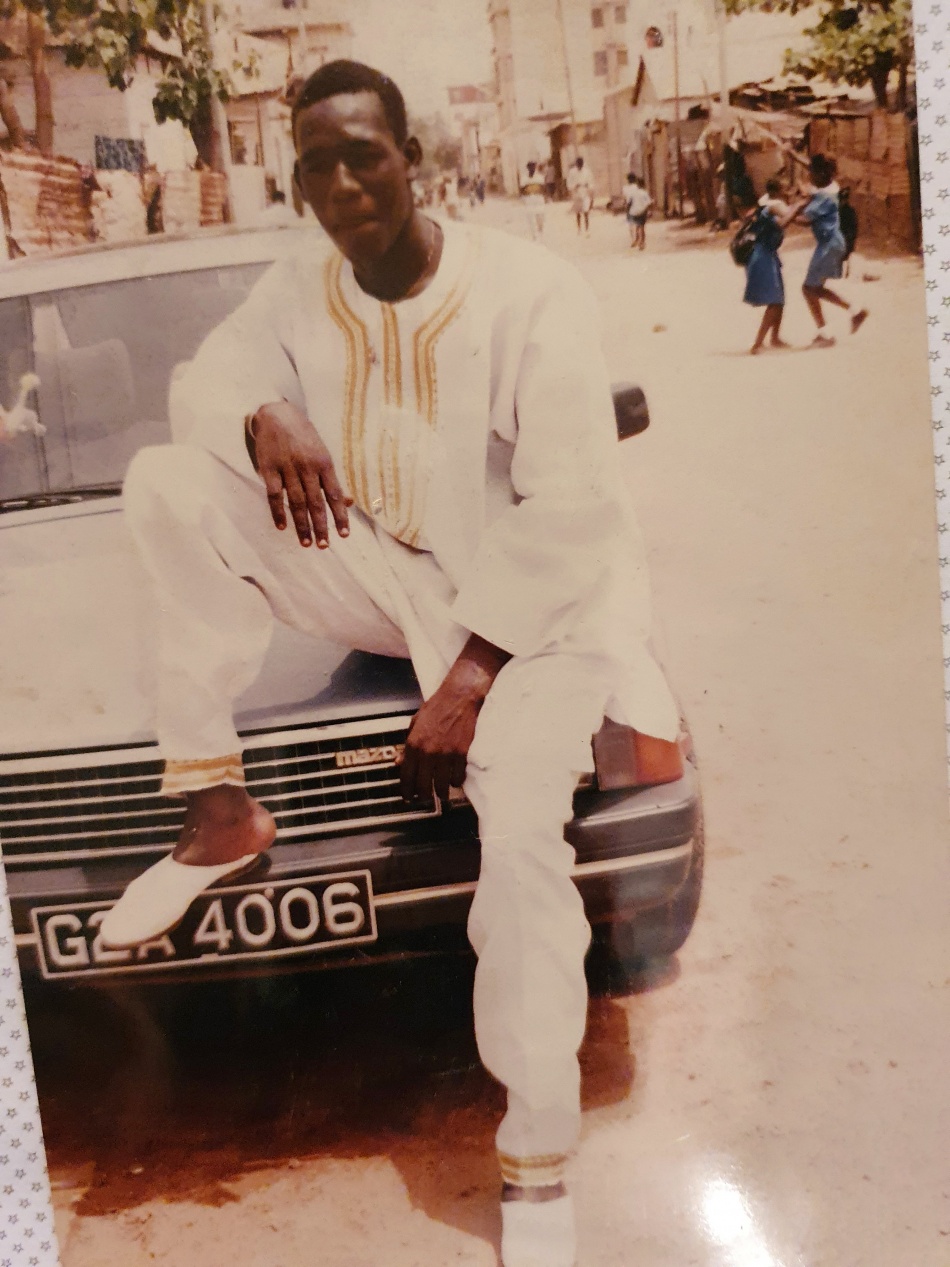 His dad’s approach to work and life has informed his own, with him always remaining positive and friendly even when faced with challenges. He believes this attitude has been a huge part of his success. This drive behind his work is reflected in Sheriff’s idea of success.

He is also grateful and proud to have received an award that recognises his work for the good it is doing for his community and that it is being noticed and appreciated. This is the work he is hoping to continue in the future to benefit his community by getting an additional or bigger space, so he can increase his reach and impact.

A Lineage of Creative Community Work

The work Sheriff is doing can be seen as a continuation of historical groups that have worked to better their community, by providing meeting spaces and education. Similar work was carried out by Newham Black Performing and Visual Arts Workshops. Like Sheriff they created a space that positively served the black community. While the activities of both organisations differ their aims and drive are the same: giving their communities a space to meet and learn. Like Sheriff, all though they welcomed people of all ages there was a focus on young people.

Perla Boyce, one of the founders of the group said, “the inspiration of using their own talent, this encouragement from others, it inspired them to do the things they wanted to do… and a lot went on to university and followed their dreams.” This echoes Sheriffs work and what he has achieved with Interface Gambia Youth Group, where he has empowered young people and it has led to lots of them following their dreams and attending university, just as this space had done for the community back in the 1980’s. Both organisations also have an interest in fashion and gave young designers the chance to showcase their work.

Looking at Sheriff’s work through this historical lens shows a tradition of creating creative community spaces that focuses on serving the youth of the community and how this work can go on to strengthen the community and the youngster’s confidence within themselves. 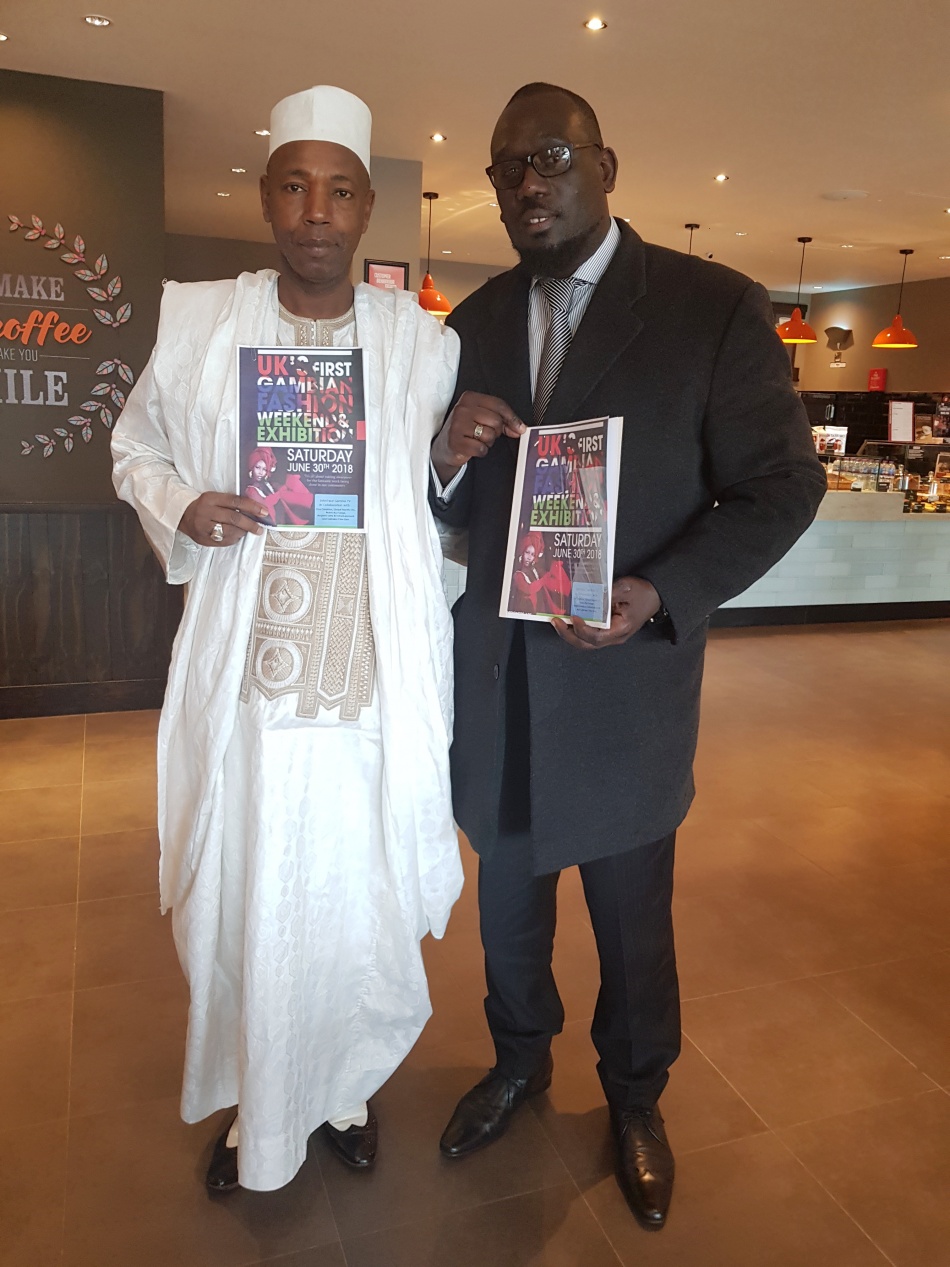 Gambian Tourism Minister, Hon. Hamat Bah signing up for a sponsorship of Interface Gambia CIC during their first Gambian fashion weekend in the UK © Sheriff Jammeh

To find out more about Sheriff’s work or to get involved yourself, visit Interface Gambia’s website and Facebook page.