The teenagers and women who worked at the Tate & Lyle factory were nicknamed the ‘Sugar Girls’ – they still are today! These women are known for being hardworking with an East End sense of humour. 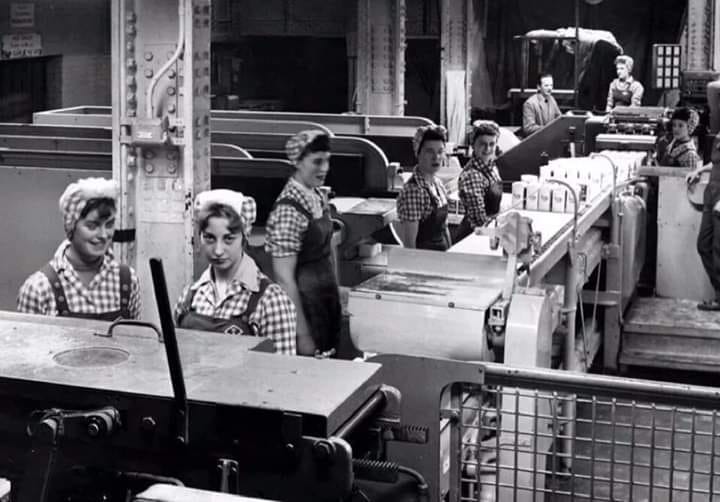 Edna was one of the first Black women to work at the factory, and when she was passed over for promotion, demanded that the managers reconsider their decision – which they did! She campaigned on behalf of a colleague (who had been fired after caring for her sick mother), and so impressed the other girls that they made her the union shop steward for their department. Edna became an expert in industrial law so that the managers couldn’t take advantage of the girls’ lack of education. Edna had a violent stepfather which gave her a strong sense of justice. She rose up to become the union representative for the whole factory, introducing skill training programmes and the same pay in every department. Edna turned down a promotion to supervisor as she was worried she wouldn’t be able to represent the girls’ interests. She told her boss,

Money don’t mean a thing to me, principles do!

Ethel was born on Charles Street, Silvertown in 1929. Her English mother was a strict ‘house-proud’ woman, and her St Lucian father was a music-loving sailor. The family were bombed out of their home and had to move to Wales for a few years. When they returned, they settled on Oriental Road, where Ethel met her future husband, Archie. When she left school at 14 in 1944, she began work at Tate & Lyle as a sugar-packer on the Hesser Floor. She was determined to work her way to the top and fulfil her dream of becoming a supervisor. She started as an ‘in-between girl’ as she was quick at packing, but the work was hard and she had to visit the nurse for ointment and bandages on her wrists. Ethel worked her way up to calculating tonnage, driver (where she started the machines and filled them with sugar) and management (known as ‘chargehand’ at the time). She got her ‘Sugar Girl’ title after knocking out a drunk man who was threatening her boyfriend during the VE Day celebrations on 8th May 1945! 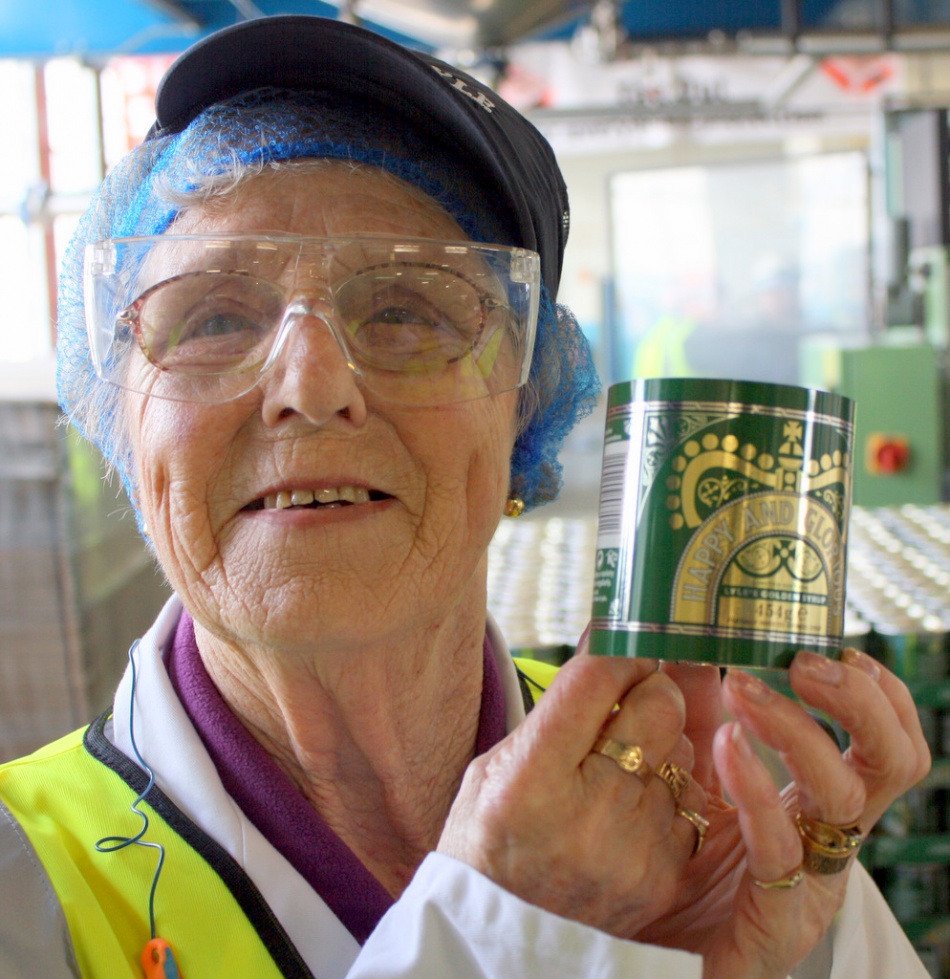 Gladys was born in 1933 to Rose, a Romany Gypsy and Amos, a rebellious seaman. She had four brothers and a younger sister. At the age of 7 her family home received a direct hit on the first night of the Blitz and the whole family were taken to South Hallsville School in Canning Town, which was then bombed. Gladys wanted to be a nurse but her father discouraged her and suggested she go to Tate & Lyle. Her role was syrup filling and working in the bag-printing department. The factory rules included ‘no swearing and no cheek’, but Gladys would often argue with her manager Miss Florence Smith or physically fight anyone who crossed her (especially the men). She was a tomboy, and her years playing football in Beckton Road Park with the boys helped her at the company’s annual Sports Day. She even entered the company’s beauty contest dressed in her netball gear, just to annoy Miss Smith!

Click on link to a short audio recording of Gladys reminiscing on getting revenge on her supervisor. 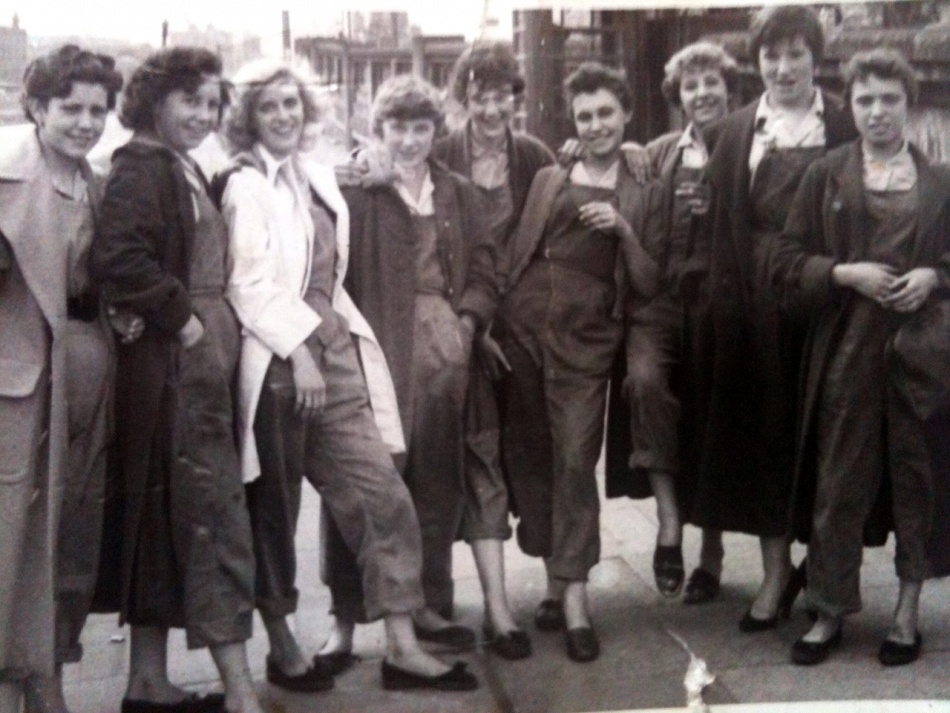 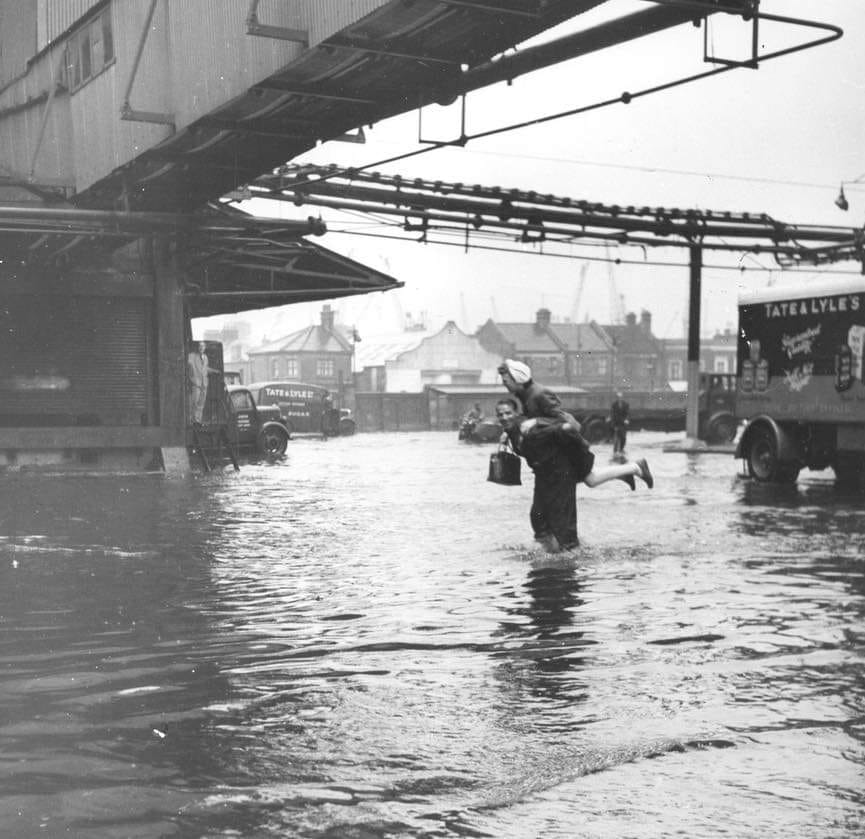 Joan was born in 1938 and grew up next to the West Ham dog-racing stadium, where her family’s greyhound and whippets competed. She left school at 15, and rather than do office work at Plaistow Wharf as her mother wanted, she got a job as a sugar-packer at Tate & Lyle. She spent all her wages on buying the latest fashions and went out dancing with her new friends every weekend. After falling in love with a soldier called Alfie, who was about to leave to fight in the war, she found herself pregnant. Joan was forced to leave Tate & Lyle and was sent away to Wanstead to have her baby. After her relationship with Alfie failed, she painfully gave the baby up for adoption. Respecting her mother’s wishes not to go back to Tate & Lyle and be ‘factory fodder’, Joan went to work answering phones at a coconut importer based in Monument.

Lilian was born in 1923 into a very poor family on Conway Street. Along with her parents and seven siblings, she slept in one room on the ground floor of a small house in Plaistow. When Lilian was 6 years old, her little brother Charlie died unexpectedly and was given a pauper’s burial with a headstone made from the family’s marble washstand. Lilian volunteered as an air-raid warden during the Second World War and afterwards, worked at Tate & Lyle in the can-making department, assembling the golden syrup tins. She had to leave when she married and so got a job in the Laundry Room of The Royal London Hospital, Whitechapel.