Before 1918, women did not have the right to vote. Despite women being important workers in the shops, docks and factories of Newham, they also had few rights at work. Courageous women gathered together, got organised and began to protest. Suffragists believed in peaceful campaigns, but Newham was home to the Suffragettes – they believed in direct, militant and sometimes violent action as the only way to achieve their cause.

Sylvia was born in 1882 in Manchester. She moved to London with her mother, Emmeline and sisters, and began studying at the Royal College of Art. In 1906, she joined her family’s work with the Women’s Social and Political Union (WSPU), using her artistic talents to design its logo, banners, posters and meeting hall decorations. She toured the industrial towns of England and Scotland, painting portraits of working-class women.

But Sylvia’s mother and sisters didn’t think that a movement led by working-class women would have the impact needed to secure women’s rights. So, in 1914 Sylvia split from the WSPU and set up the East London Federation of Suffragettes (ELFS). The ELFS were a revolution that aimed to change the role of women in society. During World War One, Sylvia wrote a letter to The Times calling for donations to buy milk for babies, which she then distributed from East India Dock Road and Fife Road.

The ELFS also opened a Toy Factory in Bow to help women whose income had been affected by the war. The factory paid £1 per week – the same as the men’s minimum wage at the time. The factory taught workers the trade and encouraged them to design their own toys, paying them royalties if the designs were a success. They made all sorts of toys including wooden toys and wax-headed diverse baby dolls. The toys were stocked in Selfridges. Attached to the factory, was a nursery where the women could leave their children while they worked.

Minnie was born in Bromley-by-Bow in 1864. She worked in a shirt factory in what she described as ‘sweated conditions’ – long hours, low pay and poor sanitation. In 1903 she held a public meeting to protest the low wages that West Ham Council paid women in their tramways department. In 1906, along with her housemate Annie, Minnie set up the first London branch of the WSPU in Canning Town and was one of the first suffragettes to be arrested after trying to present a petition to the House of Commons. She was sentenced to two months in Holloway Prison. When released, forty Canning Town WSPU women signed a petition to show their appreciation “of the loyal, brave and noble manner in which you bore imprisonment, faced slander and criticism”. Minnie was one of several suffragettes to boycott the 1911 Census and she doesn’t appear in the census, although her husband and two sons do.  Emmeline Pankhurst called for the boycott, saying “if women don’t count, neither shall they be counted”. Some women spoiled the form by writing comments or refusing to provide information. Others spent the night away from home or hiding. In London, women protested by walking around Trafalgar Square, despite the risk of being fined or arrested. 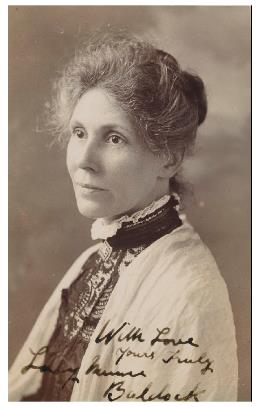 Annie was born in Oldham, Greater Manchester in 1897. She was sent to work in a mill when she was young where she lost a finger. When she came to London, she rented a room in Minnie’s family home. Annie carried out daring stunts like unfurling banners at the Albert Hall and continuously ringing the doorbell of the Chancellor of the Exchequer!  Later, she lived in Bristol, ‘having lots of bedfellows’ and frequent affairs with women (according to the diary of Mary Blathwayts). She is also described as being in love with Christabel Pankhurst. Annie does appear in the 1911 Census but her record states “Suffragette – information refused”.

Rosa was born in 1875 in Lewisham. She had polio as a child which left her paralysed. Despite this, she worked in a workhouse and believed that women could end poverty if they got the vote. She decorated her wheelchair (known as a tricycle) in WSPU colours and flowers and handed out leaflets at demonstrations. In 1910 she was at a WSPU demonstration that turned violent and was knocked off her tricycle by the police. But the next day she was back at the front lines and used her tricycle as a battering ram. In May 1914 she chained herself and her tricycle to the railings of Buckingham Palace. 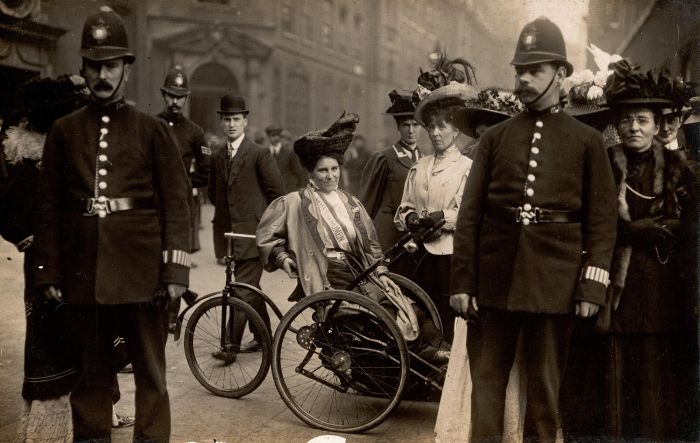 Adelaide was one of the first members of the Canning Town WSPU. Born in 1871 in Tower Hamlets, she was injured as a child which meant she used walking sticks for the rest of her life. Along with Annie Kenney and Jane Sbarborough, “The Canning Town Three” were arrested for trying to take a petition into the House of Commons and were sent to Holloway Prison. On their release in August 1906, many WSPU members went to welcome them in Hyde Park. Adelaide told the crowd that she went to prison for six weeks but was willing to “go for six months or years if doing so could knock some sense into men’s brains”. She married Donald, a Caribbean dockworker, who, very unusually for the time, took her surname when they were married. Donald fully supported her and looked after their seven children while she was imprisoned. She wrote to him from prison, stating “equal taxation demands equal progress and I am determined to continue the fight for progress” 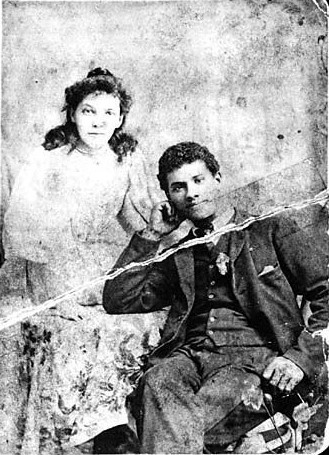 Daisy was born in 1890 in Poplar. One of six children, she grew up with her parents, a charwoman (cleaner) and jeweller, in Canning Town. She left Beckton Road School aged 14 to get a job in the Carreras Tobacco Company in Aldgate. It was here that she was first introduced to the trade union movement and later joined the WSPU, working alongside women like Minnie Baldock and Sylvia Pankhurst. She started working with the ELFS instead from 1914 and was a member of a meeting with Prime Minister Asquith to ask for the vote. When women did gain suffrage, in 1918, she couldn’t vote because she was 29, not 30!

She set up a mother and child welfare centre in the West Ham area in World War One and helped evacuate local children in World War Two. Described as being assertive and persuasive, she became West Ham’s first female mayor in 1936 and was awarded an M.B.E in 1951.