Born in Newham, Jehu-cal Emmanuel Enemokwu is a young business owner who started and runs a successful luxury fashion and design brand, based in the borough. He was interviewed by Cynthia Anyadi, as part of IROKO Theatre’s project ‘Stories of Africans Living in Newham’.

Jehu-cal Emmanuel Enemokwu was still an undergraduate at university when he first set up Jehu-cal in 2016. Since then he has expanded from t-shirts and tracksuits into bags, hats, and even bedsheets, and his work has been featured in Vogue, i-D Magazine, the BBC, and more. After leaving Newham at a young age, Emay returned determined to restake his place, and with support from his family and community, he has built his brand. Jehu-cal’s luxury fashion is for everyone, bringing together sleek designs and bright colours, but at its core it focuses on sustainability and responsibility. 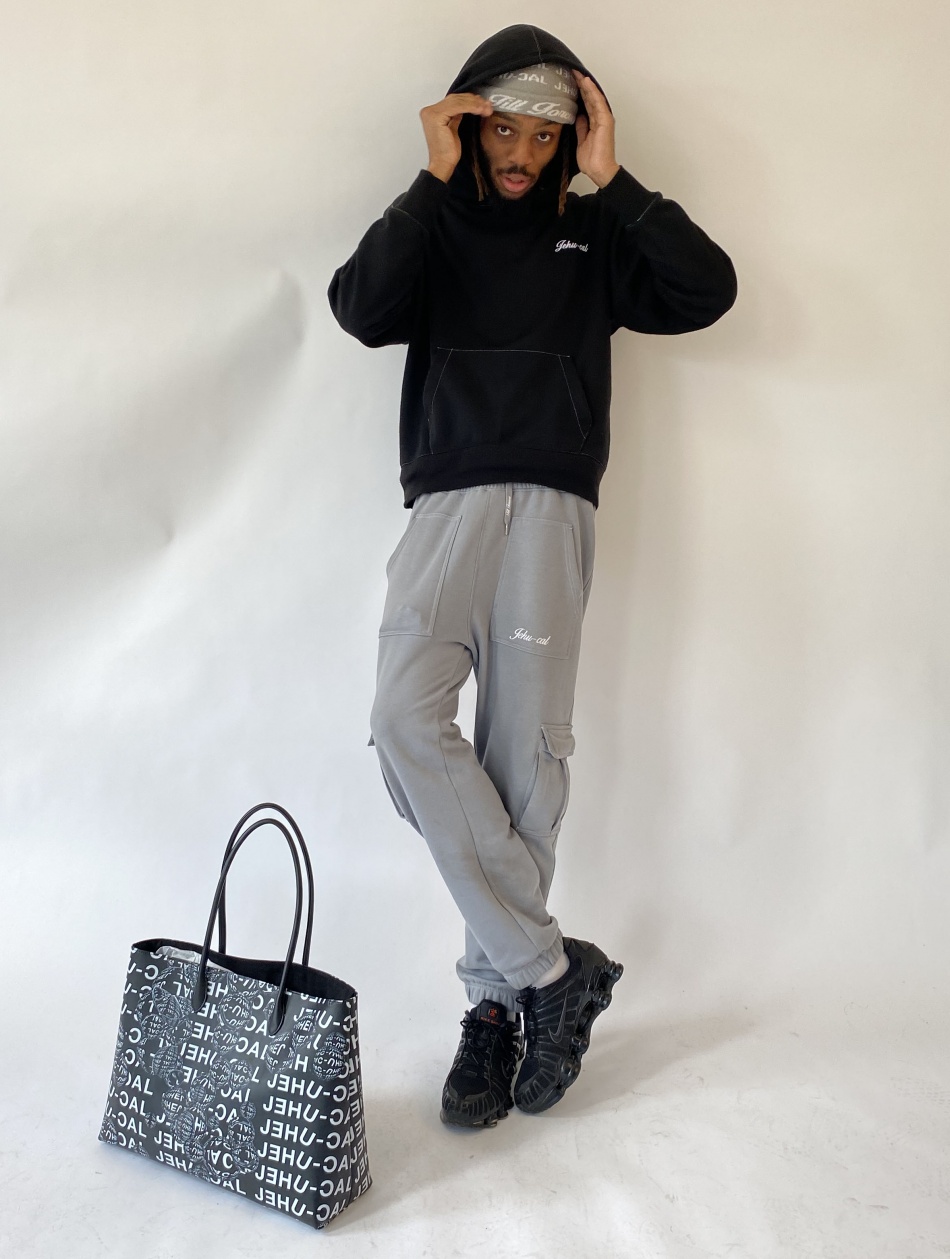 Although Jehu-cal is now a thriving business, with drops throughout the year and a range of products from fashion pieces to homeware, it all began with a leap of faith. After taking a year out of studying his undergraduate degree, Emay set up Jehu-cal and started his journey in making a career out of a life-long passion. Every part of Jehu-cal has been carefully curated by Emay and the name is no exception, chosen to reclaim something which he was once ashamed of:

“I’ve taken something that I was picked on for years and really messed up my life, to now become what is gonna now direct and become the platform for my life in the future.”

The brand’s designs are particularly striking because of their colours, many of which are mixed up bespoke for Jehu-cal to make sure they’re just right, and it wasn’t long before it started getting noticed. Alongside features in Vogue, BBC London, i-D Magazine and more, Jehu-cal was also invited to London Fashion Week to host a pop-up store. With the brand going into its fifth year now, Emay admits that its success still takes him by surprise at times, although he doesn’t usually show it. 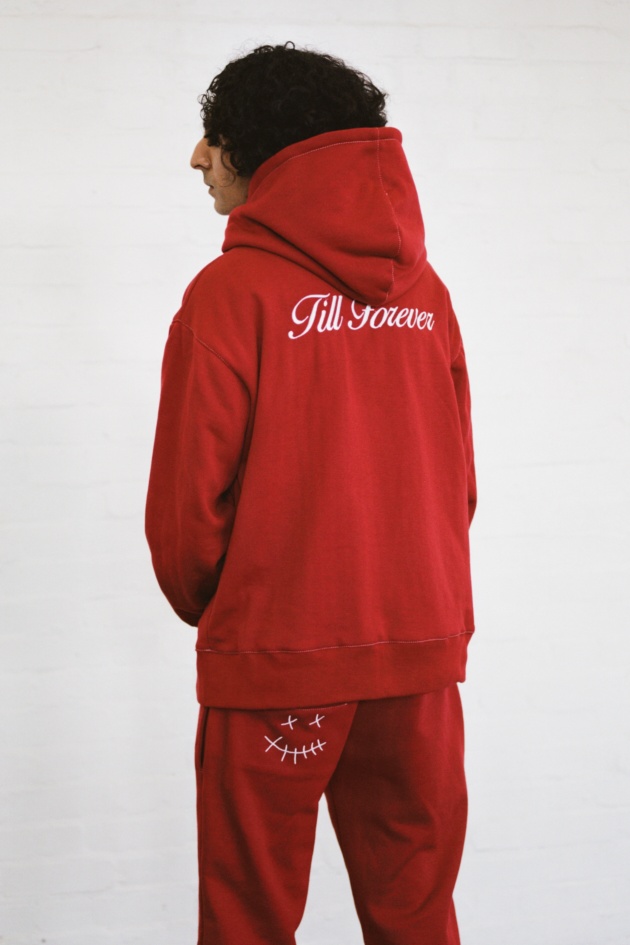 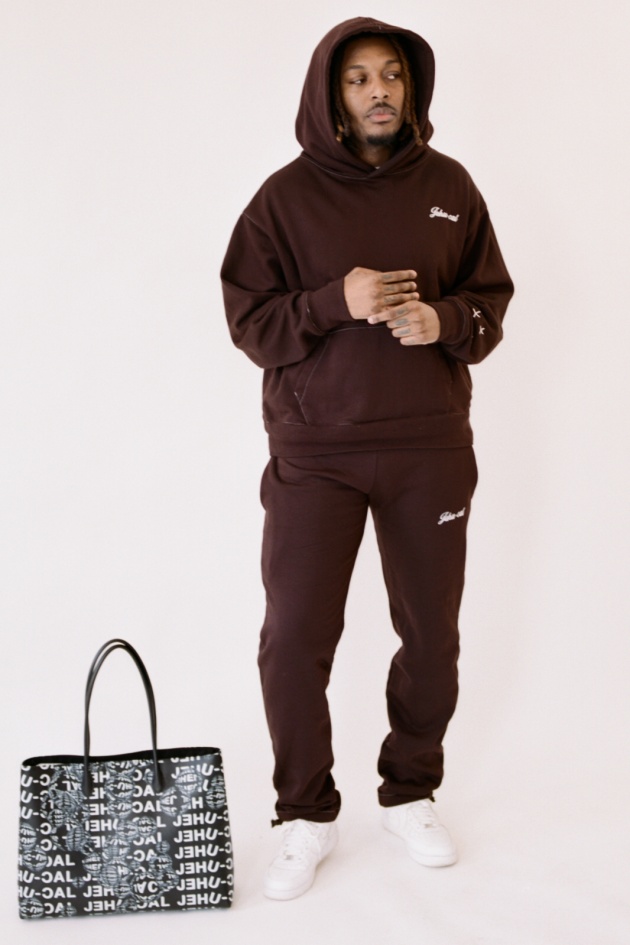 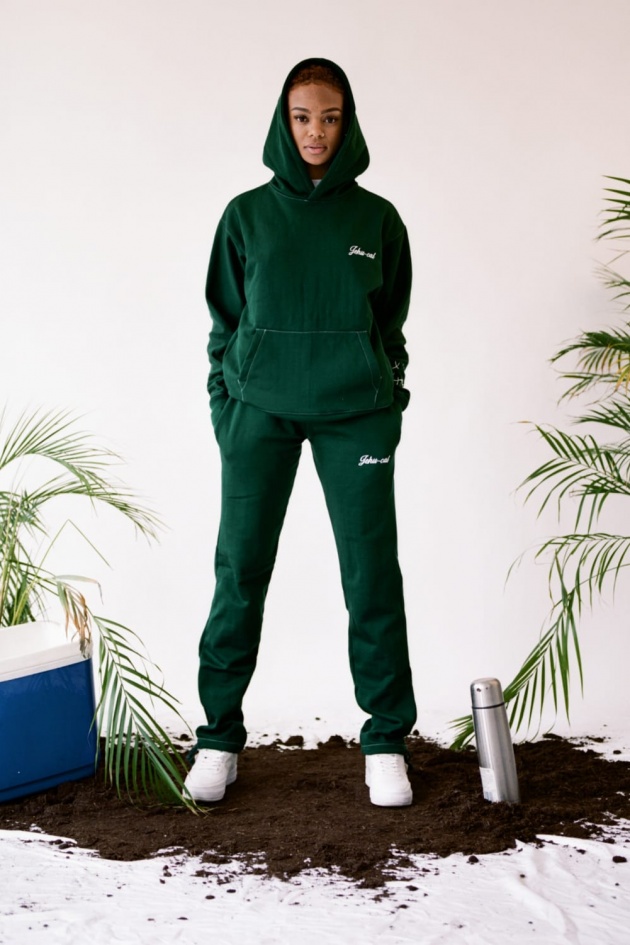 While his love for fashion was fed by the work of both brands, like Maison Margiela and Rick Owens, and people, like Virgil Abloh, Emay says he’s not looking to anyone else for inspiration with Jehu-cal. Rather than trying to imitate what someone else might be showcasing online, which he knows is often different from reality, he instead finds inspiration in the things he sees around him. In doing so, Emay hopes that the pieces his brand puts out appeal to everyone, from the ‘cool kids’ in Shoreditch to his aunties and uncles. 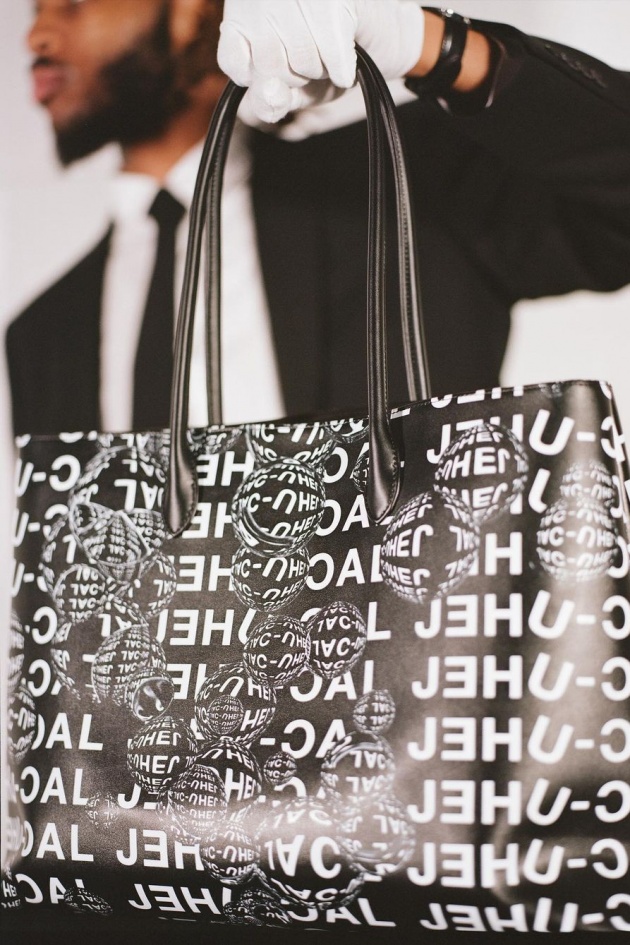 Jehu-cal has branched out from clothing into other products, including bags and homeware ©Jehu-cal 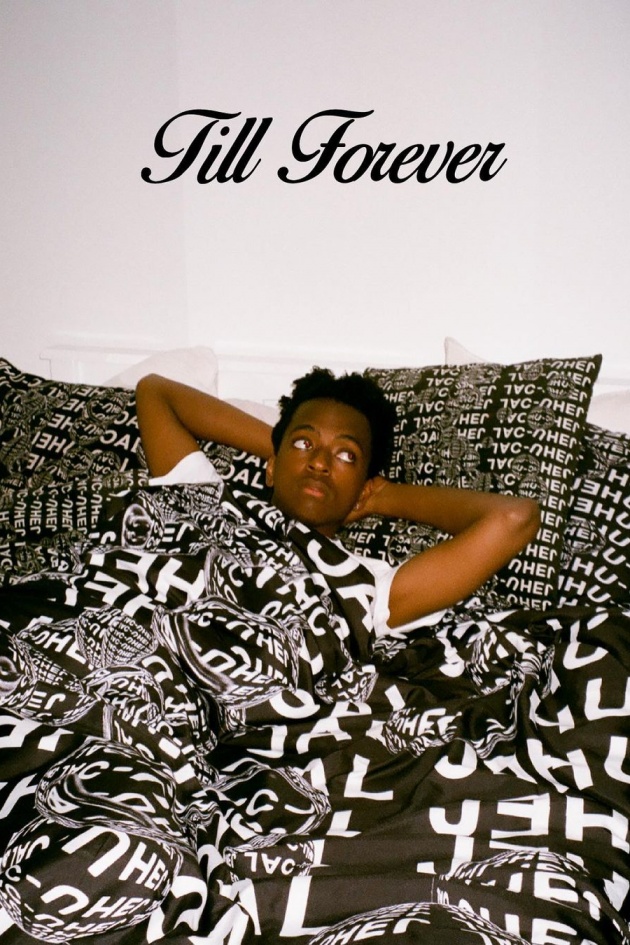 Jehu-cal has branched out from clothing into other products, including bags and homeware ©Jehu-cal

Learning Along the Way

But Emay’s family haven’t only supported through buying his pieces, they’ve been there since the beginning whilst he has been learning how to balance the pressure of running a business. It certainly hasn’t always been easy, from the earlier days when taking financial risks was a very scary prospect, to times when his mental health has suffered due to the stress and pressure, Emay has had to learn a lot. Fortunately, his family have taught him in many ways; it was from his parents, he says, that he learnt the meaning of hard work, but also the value of making time for family and always putting your mental wellbeing first. His connection to his home in Nigeria has also been incredibly important, having served at a critical time when he needed some time and space to take a break. 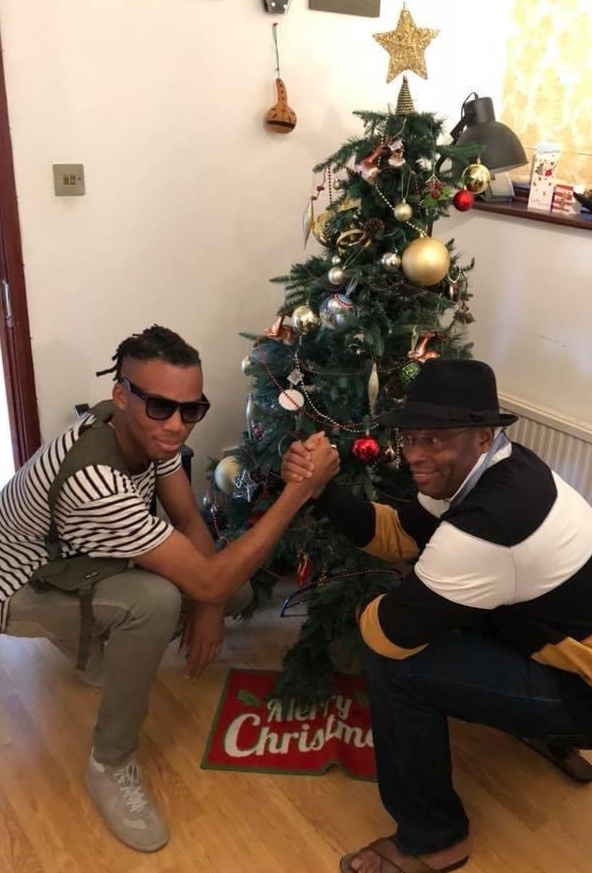 Making his family proud, both in the UK and in Nigeria, has been a huge achievement for Emay.  In particular, he says, seeing his parents’ pride when he first began earning money and eventually got his office in Newham was gratifying. 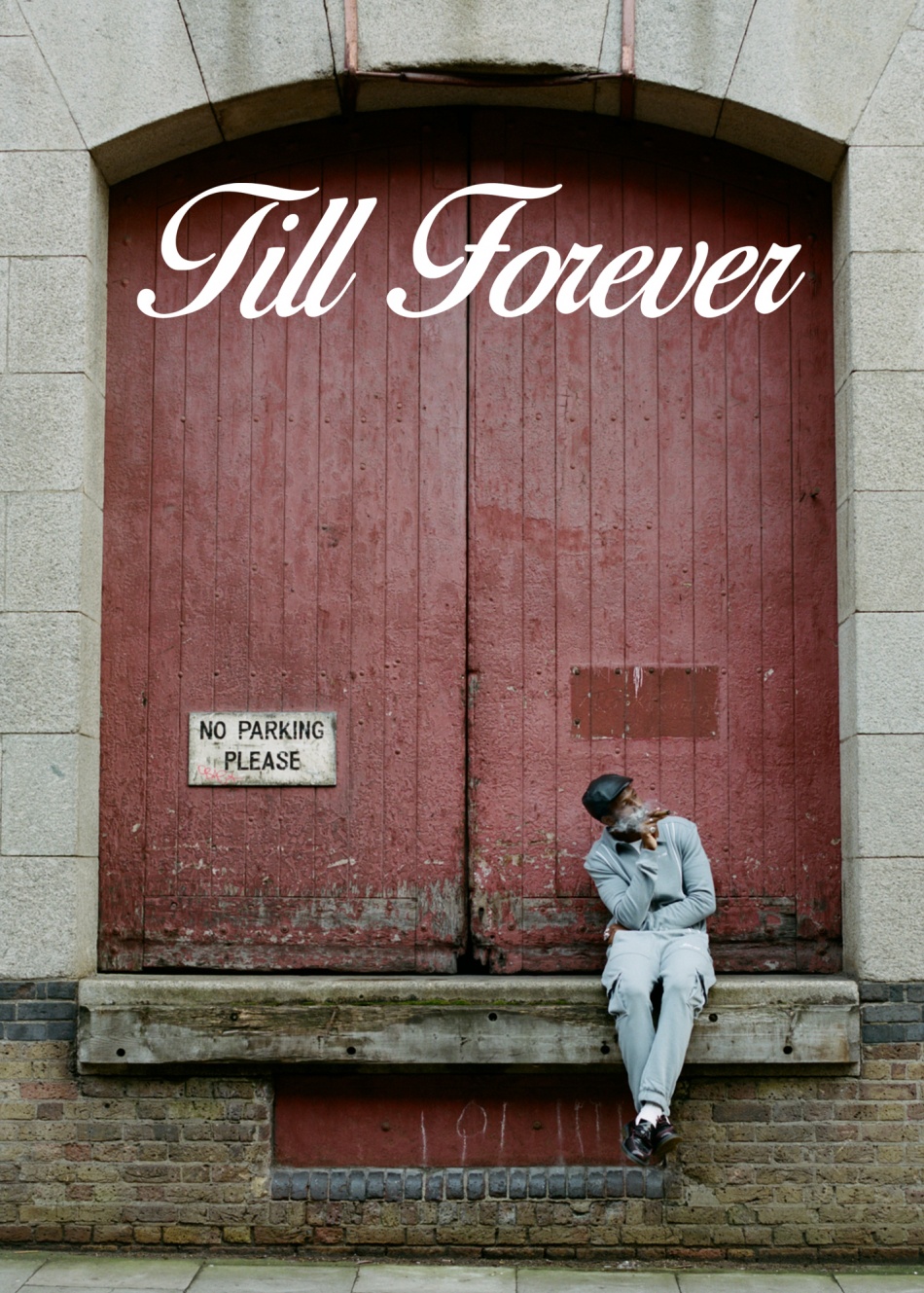 Despite working full time running a successful business, Emay stresses the importance of doing the research to make sure that he’s using his platform responsibly. With 10k social media followers, he knows that having a company isn’t just about what you can gain from it, but also what you give back. He’s made sure that Jehu-cal has always made it’s position on social justice matters clear, from taking part in the #ENDSARS campaign to raising awareness around George Floyd’s murder.

“[I]f you’re not using your company to educate and inspire, all you are using it for is to just make money…for me, in a world where there are so many brands and companies out there in general, I’m going for the ones that are gonna put extra effort in to inspire and change the world.”

Aside from this, in 2018 Emay also began to change the direction of Jehu-cal to better reflect the sustainable practices that he cares about. Fashion production is one of the most polluting industries in the world, and as Emay became more aware of this he started searching for ways to make the clothes he loves, whilst still protecting the planet. Rather than seeing the shift towards using recycled metals and organic cottons as an added difficulty and expense, he finds that exploring new practices and materials is a creative challenge that he welcomes.

From its focus on raising social awareness about key issues, to its dedication to limiting its environmental practice, Emay has worked hard to make sure that Jehu-cal reflect his values and his story. This intention extends to where he chose to base his offices and, for him, setting roots in Newham was the inevitable choice.

Although Emay loves being based in Newham now, his early experiences with the area were less positive. After being bullied in his early school years and constantly getting into trouble, his parents decided to relocate to Hertfordshire. But rather than let this experience put him off returning, when starting his business Emay specifically chose Newham as a way to redefine his relationship with the area, and start creating a positive legacy within the area.

“I want my first property to at least start in Newham, because I want to come back to where I was kicked out of and reclaim that area for me.” 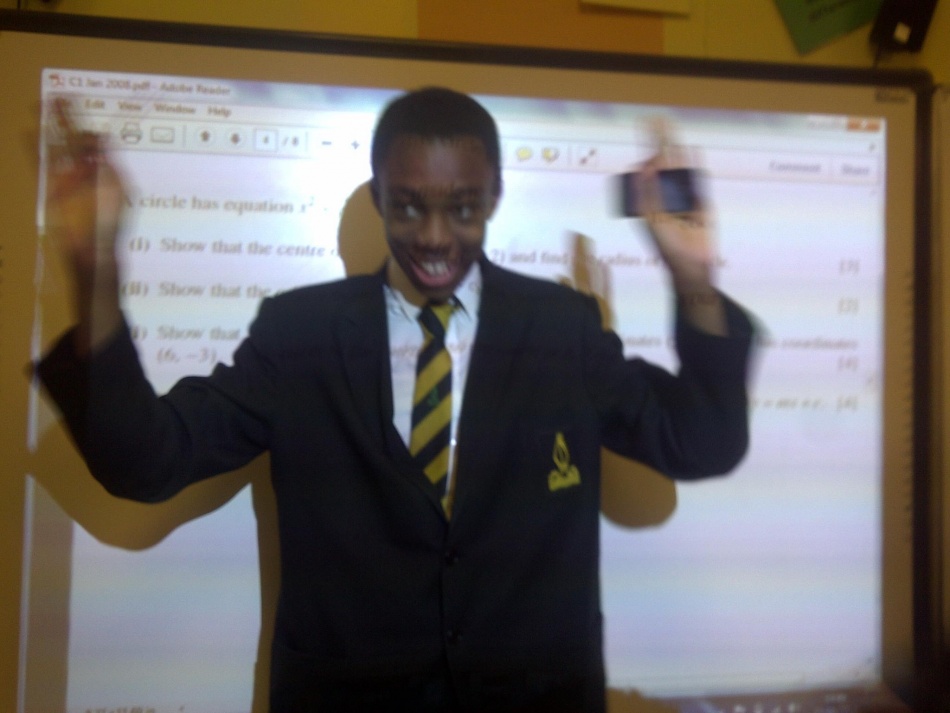 Since moving into his office space, which Emay adds was one of his proudest achievements, he has loved both how comfortable and convenient it is. Being only a stone’s throw away from trendy spots like Shoreditch means that he can come and go as he pleases. Not only that, but being able to go down the high street and see other Africans, as well as feel the influence of Emay’s own Nigerian heritage and culture, is what makes Newham special, and is why he can’t imagine a better place to have his business. 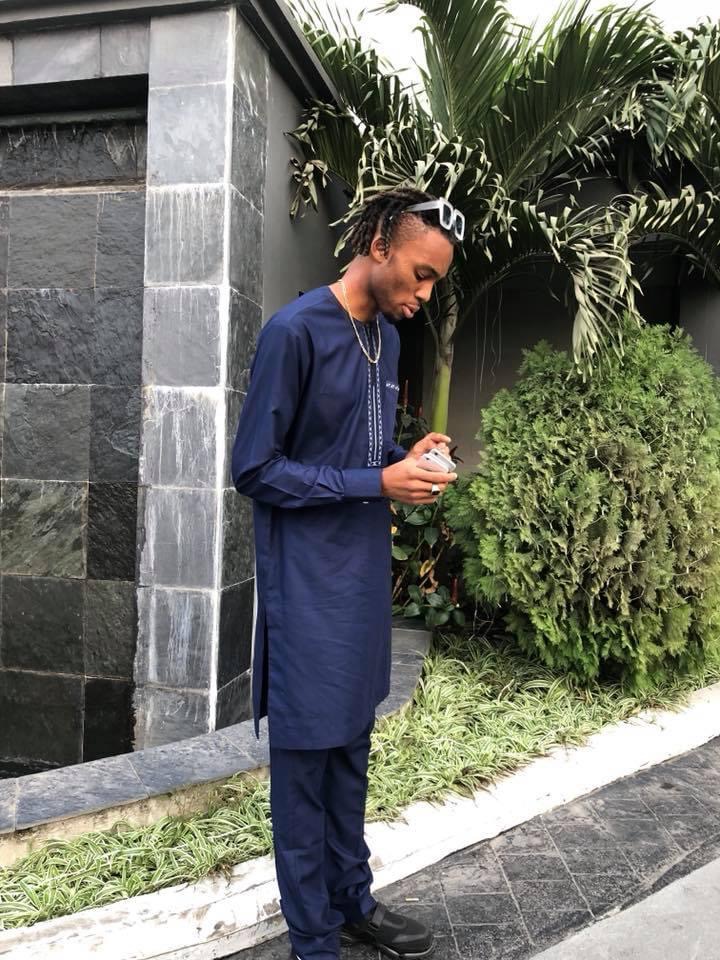 If Emay’s purpose over the last five years has been to make something of his name that he, his community, and his area could be proud of, then he’s certainly achieved it. He has big plans for the future, and as his business continues to grow, expanding both in his current space or even internationally is inevitable. Regardless, it seems that for now Newham is the perfect home for Jehu-cal.

To take a look at Jehu-cal’s newest collections you can head to www.jehu-cal.com or follow them at @jehu_cal on Instagram.