The British Aluminium Company Ltd was created in May 1894 in Silvertown and was subsequently known as British Alcan Aluminium plc (1982-1996).

Happy times of working at a Silvertown factory have been recalled by Norma Giles who worked there  for 10 years. Norma was part of project Movies from Memories: from Scanner to Screen organised by the  Royal Docks Learning and Activity Centre 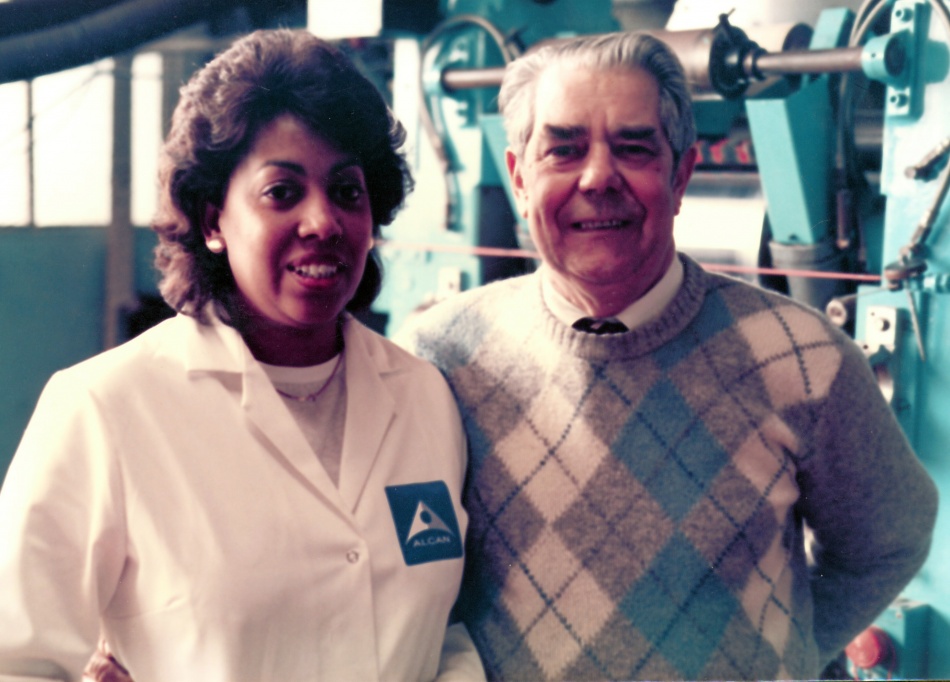 Norma with a co-worker

Norma first started working at British Alcan Foils in Silvertown, in the sample section and laboratory, in 1974. She recalls her unusual work

“My job involved measuring the gauge of the foil with a Vernier Caliper (a mathematical tool)  checking the colour and print of the foil for wrapping food items. These included products like Cadbury’s chocolate, Oxo cubes, yoghurt tops and so many others.”

Norma said she worked on a number of tests at the firm. One of the strangest tests she had to do was a smell test in the laboratory. The lab has so much state of the art machinery and equipment.

“But the only way to carry out an accurate smell test back in those days was with your nose! So eight people sat around a table with a large pack of foil and sniffed it! We all had to quickly sniff it…. Hopefully there were never ever bad smells of note. But if any surfaced, they had to be recorded and then they had to be treated and the problem solved. I always found this amusing. But of course it was a serious task and nobody wants their bar of chocolate smelling of printer’s ink,”. Norma left Alcan in 1984 after a happy decade when the Silvertown plant closed the factory moved to a site in Scotland.