Helping the Somali Community to Heal and Thrive: An Interview with Anab Hoffmann

Anab Hoffmann quit the corporate world to start Healtogether CIC in Newham, a community-based organisation aimed at addressing the mental health needs of the Somali community in the UK . She was interviewed by Louise Meiklejohn, as part of IROKO Theatre’s project ‘Stories of Africans Living in Newham’.

After over a decade in corporate HR, frustrated by lip service and chronic lack of action around diversity and inclusion in the workforce, in 2019 Anab Hoffmann made the bold decision to leave it behind and start Healtogether CIC. Anab and her organisation are dedicated to providing information, support, and addressing misconceptions on mental health conditions, within the Somali community. Acknowledging the multicultural nature of British society, Anab sees it as essential that mental health services reflect the lived experiences and cultural heritage of those accessing them. Given the reality of wealth and social inequalities affecting migrant communities in Newham and beyond, the catastrophic effect this has on mental health and the cyclical nature of these issues, IROKO Theatre wanted to hear from Anab about the barriers Somalis face in becoming thriving members of the community and what can be done to overcome this. 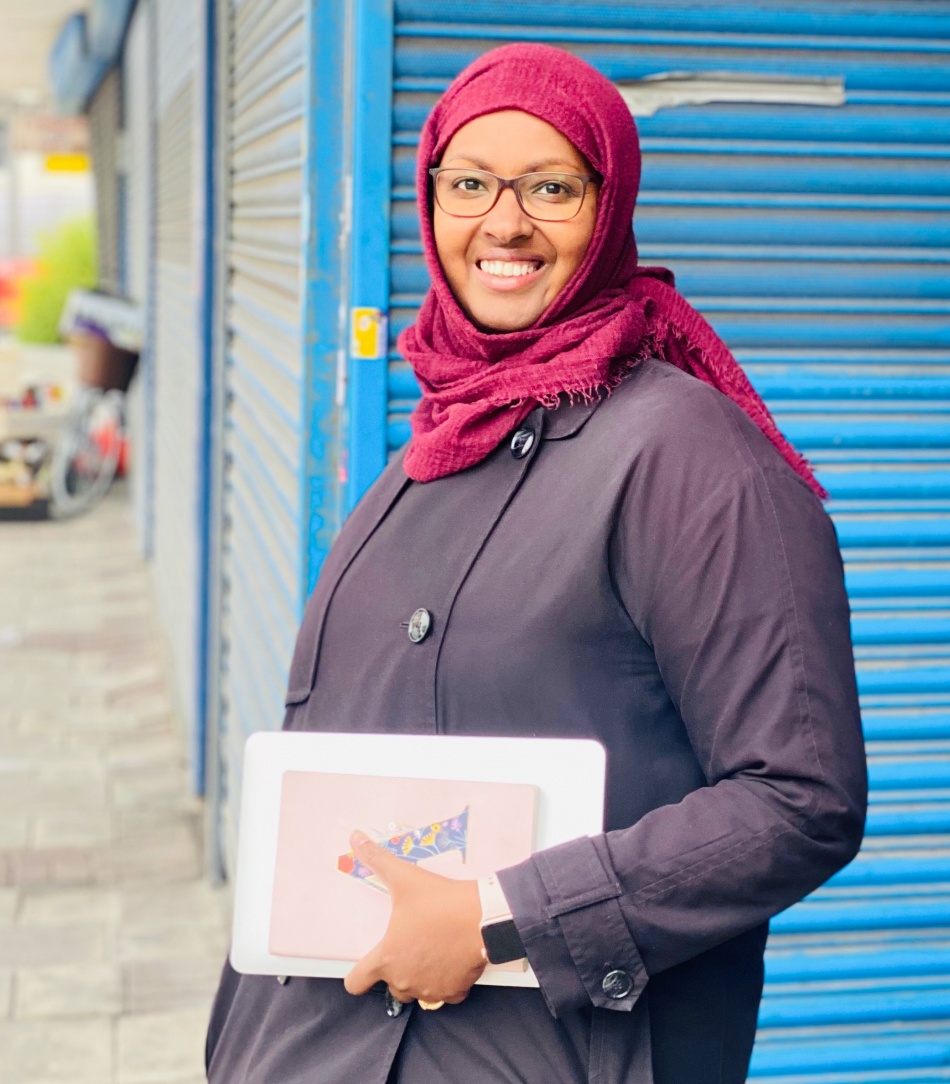 “Healtogether was born out of a conflict in me and trying to understand how I could actually create diversity and equal access for the Somali community.”

Anab recognised that her experience of being misunderstood in the corporate world had commonalities with what her community faced when trying to access much needed assistance for their mental health.  Though London has had a small Somali population since the late nineteenth century, the majority of Somalis living in the city today fled the decades long civil war in their country and sought asylum in the UK. Anab highlights the often unacknowledged trauma of this conflict, its generational consequences, and the community’s coping mechanism of denial and shame, as a pivotal reason why many Somalis fall through the inevitable gaps caused by generalised services and feel that they have  “hit a wall – they just don’t understand me, why do I need to go”.

“[There] needs to be a level of wokeness to the problems that these people actually suffer beforehand. And that can only come from people who actually have lived experiences. So, and this is why lived experience is so important, and it’s imperative to actually have every service that people are accessing, at least, people that actually can relate to these people. You can’t just develop a service that, In the multicultural community, in a setting that in Newham is very much a melting pot of multiculturalism here, right. And if you’re just setting services that do not address that, you’re failing.”

Our research suggests that this has been a longstanding and unresolved issue throughout London, with a 1992 article in the Independent stating: “Victims of war met ‘extreme difficulties’ in getting NHS treatment. Somalis who could not speak English did not know how to approach doctors and few interpreters could help them. Tower Hamlets Health Authority had hired no Somalis, the inquiry found, though the refugee community included unemployed doctors.”

Healtogether advocates for representation, accessibility and the importance of service providers and users sharing lived experience, so that the latter’s mental health needs are actually understood and met. Their approach also acknowledges the need to treat people as a whole. Anab says that they quickly realised how “having mental health issues can have a deteriorating effect on your whole life”, impacting individuals’ capacities to manage other issues, such as housing or employment. Healtogether work to support people across these areas as well. 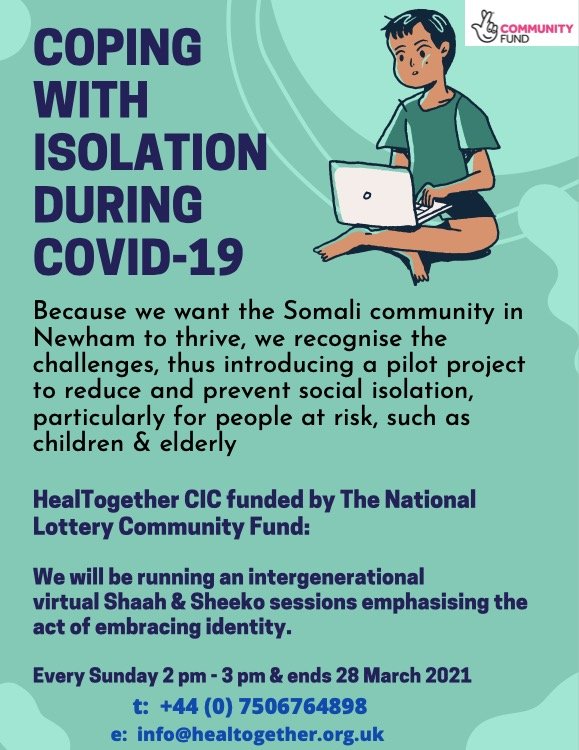 Anab and Healtogether see the homogeneity of the mental health services offered, as part of a wider problem relating to cultural identity and heritage.

A person’s language, history, cultural heritage, ethnicity and nationality are all part of this identity and Anab firmly believes that, for Somalis (and other migrant communities in the borough and beyond), being both Somali and British need not cause conflict and confusion, but can in fact be a source of pride and strength. With British Somali households having an average of four children, she sees fostering this understanding as pivotal for improving opportunities for the younger generation.

Anab sees Newham as really leading the march in regard to these kinds of conversations.

“In almost every place Somalis have settled, they have achieved high rates of self-employed business ownership, creating what amounts to an entrepreneurial diaspora” (Horst, 2002).

It is broadly understood that the maintenance and promotion of good mental health is foundational to starting businesses, and generally contributing to the socio-economic life of a society. Anab discusses and evidences the entrepreneurial spirit and drive of the Somali community and advocates for them to be given the support they need to flourish and thrive, economically, as well as emotionally, with the two very much going hand in hand.

Part of Healtogether’s mission entails awareness raising and advocating on behalf of the Somali community to those in authority. As well as pushing for representation and accessibility in mental health provisioning, Anab believes it is essential to really invest in communities, providing training opportunities and lifting people up to an equal baseline of opportunity. Somali and other migrant communities want to contribute and excel – Anab believes that all that is needed is a kickstart.

“For us just to actually open an organisation Healtogether, that is actually supporting the Somali community, in a way is probably the proudest thing I’ve ever done. Because by helping these communities, I’m helping the wider community in Newham.”

Anab’s wish is that everyone can come together to  “build on understanding the community further and work on opening doors, especially when it comes to mental health”. Conversations and action spurred by the pandemic – and the realisations it has brought about – give her great hope and she sees it as crucial that we keep that momentum going. The future is uncertain, but passionate and dedicated individuals like Anab should give us all reason to hope and inspire us to 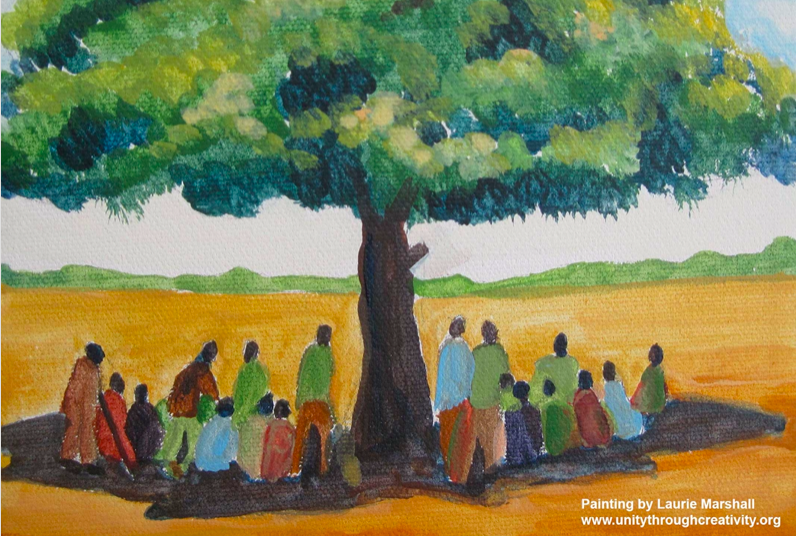