Across Seven Seas and Thirteen Rivers tells the life stories of Sylhetti settlers outlining the seafaring tradition from which they came. It seems likely that many of the Bengali speaking settlers in Britain who came in the 1900s would have come by sea routes as crew on ocean liners such as the SS Persia, the vast majority of them as engine room hands from this area of Bangladesh. These ships and trade with India helped to build the economic prosperity of Britain; Designs That Travel takes the form of embroidery, patching and stitching together influences and inspiration from this uncomfortable past.

Recalling fine examples of Bangladeshi muslin at the Victoria and Albert Museum and memories of an exhibition entitled Woven Air at the Whitechapel Gallery in Tower Hamlets in the 1980s the project comes up to date to celebrate textile traditions past and present from the villages of Sylhet. It is from the portable elements of material culture which have travelled with passengers, crew or as cargo to and from South Asia that the practical aspect of the project launches. 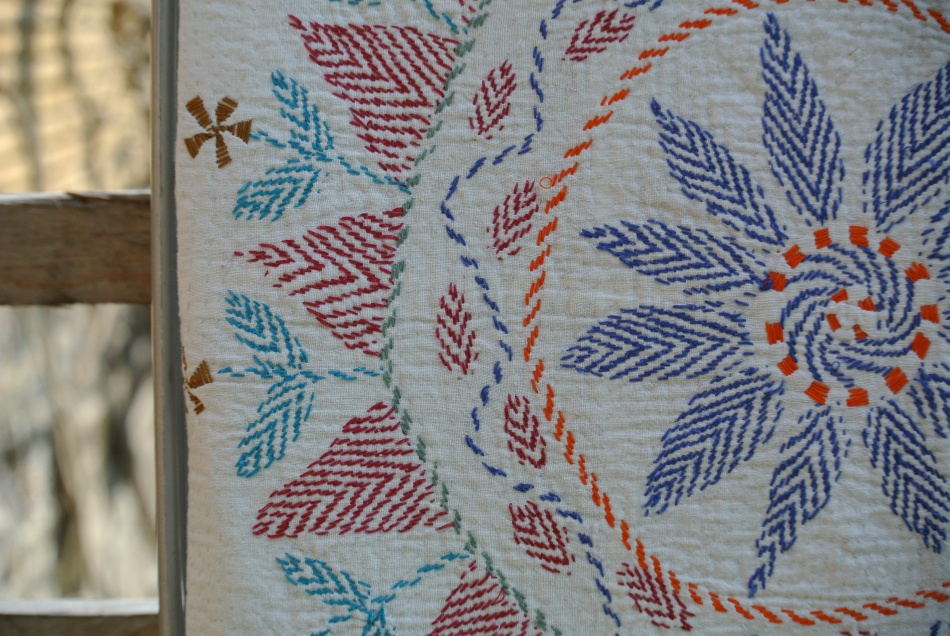 The Story of Kantha

In this anniversary year of the independence of Bangladesh, the project focuses on the quilting traditions of the Bangladeshi community in particular. Kantha or khetha use recycled cloth and simple running stitches to create vibrant embroidered patterns which traditionally gave new life to old saris and dhotis. Read more on The Story of Kantha

Hear the stories behind the khetha quilts which have travelled with women from Bangladesh to Newham, these textiles are treasured but often kept within the family in drawers and cupboards; they represent techniques and lifestyles which have all but disappeared and are the inspiration for embroideries and new material memories during Newham Heritage Month. 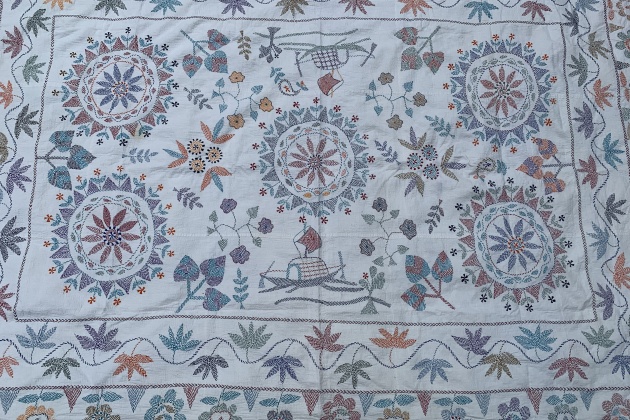 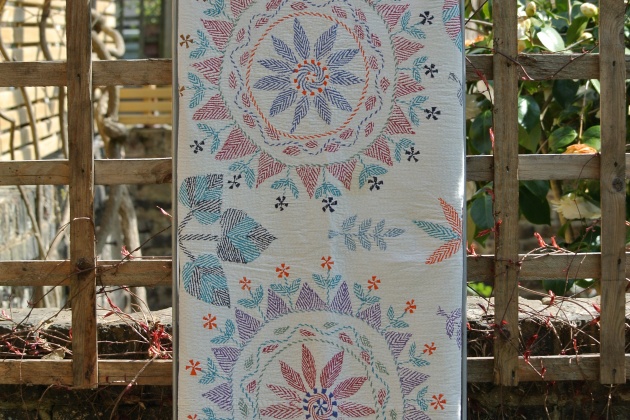 In Conversation with Fahima and Shofa

Fahima talks about the khetha she has brought from Bangladesh and describes how she learned to sew from her mother. Laying fabric on the ground her mother would sew in-between cooking and other household jobs.  Fahima and Shofa describe the colours red and green which are commonly used and point out the lotus flower and boat motifs, which along with inspiration from other natural forms, are stitched into the quilts.

In conversation with Shanara and Shofa

Shanara speaks about her mother who settled in East London in the 1970s. She taught women how to sew and earn an income in the textile trade, mainly home working for shops such as C&A and Marks and Spencers.

Fashionable and independent, everything the family wore and the soft furnishings around the house were made and embellished by her.

“She made a massive difference to the community. She taught everyone what to do…. I’m very proud of all the work that she’s done throughout the years…she was willing to make a change.”

Conversation with Runa and Shofa

In this conversation Runa speaks about her mother teaching her to stitch khetha and the family associations and memories which they represent, referring to two treasured quilts, given to her on the birth of her twin daughters. Motifs of traditional houses with fountains are familiar sights in rural Bangladesh and promote a nostalgic discussion between Shofa and Runa.