Designing Her Own Story: An Interview with Hafza Yusuf

Hafza Yusuf is a British Somali textile designer and the Founder/CEO of Hafza Studio. Based in Bow Arts’ R.A.W Studio in Newham, her design studio also hosts community arts workshops. She was interviewed by Cynthia Anyadi, as part of IROKO Theatre’s project ‘Stories of Africans Living in Newham’.

Hafza Yusuf is a textile design artist who focuses on bringing beautiful garments alive with vibrant colours and patterns, inspired by her Somali culture and heritage. Hafza has known since school that she wanted to work in the arts and, after beginning her career as an Art Technician working in schools in 2018, she branched out and opened Hafza Studio. The studio has its base in Bow Arts’ R.A.W Studio in Newham, and it serves not only as a space for Hafza to design in, but also for hosting her community arts workshops throughout the year. 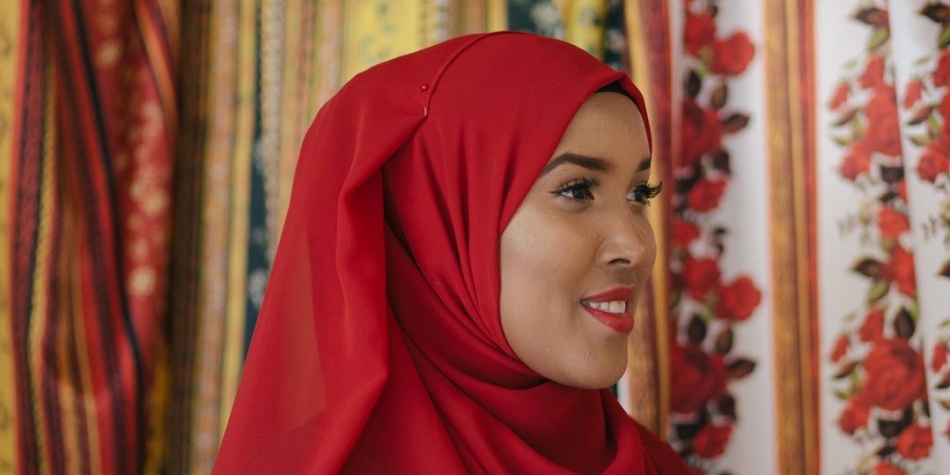 Carving Out Her Own Career

Hafza Yusuf has made a career through creating art that celebrates and brings together the Somali community which she loves. Hafza now runs the successful Hafza Studio, as one of a few chosen Bow Arts’ Artists in Residence at the R.A.W Studios in Newham. Although the studio only opened in 2018, Hafza’s pursuit into starting an arts career began many years ago, when she first decided to choose Art at A-Level. In the years since then, she has completed her Textile Design degree and spent a further four years working as an Art Technician in Secondary Schools in London, working to improve her craft whilst also helping the younger generation to engage with their creative side. Despite always having confidence in her own art abilities, carving out a career in the arts is much easier said than done and, although Hafza said she was naive early on, the reality of the industry became clear quickly.

“100% it has been my faith and my family both [which has given me strength]. And my friends as well…because a lot of them are from the creative industry so we kind of created our own support network, our own creative bubble.” 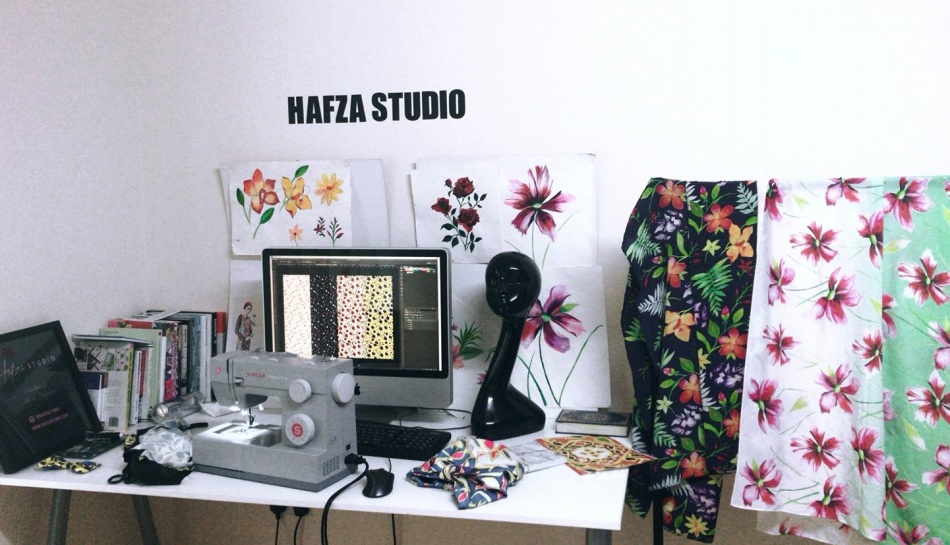 The original ‘Hafza Studio’, first set up as a corner in Hafza’s bedroom. Photo © Hafza Yusuf

Even now that Hafza has made a career for herself in the arts, it’s not always easy. Dealing with the impacts of lockdown was not only a financial concern but, like many others in the industry, Hafza found it difficult to feel inspired to create. Most of the time, however, she’s dealing with the opposite problem: too many ideas and not enough time in the day to do them all. Hafza says that one of the most exciting parts of the job is during the creative design process, when she feels bursting with creativity and buzzing with so many ideas she won’t want to go to sleep.

Making Space for the Community

Although Hafza has faced many challenges in her journey it certainly wasn’t in vain, and she is determined to make the path smoother for those hoping to follow in her footsteps. One of the ways in which she does this is through inviting the community into her studio through workshops, to help young people build the networks and support which are so important for an arts career.

Hafza makes sure that these workshops not only give space for new generations to explore art, but that they also bring together the generations who have inspired her. Although Hafza’s beautiful designs have brought her the attention of thousands, it was these community workshops with older Somali women which caught the eye of many, and even led to a feature about her work in the BBC. 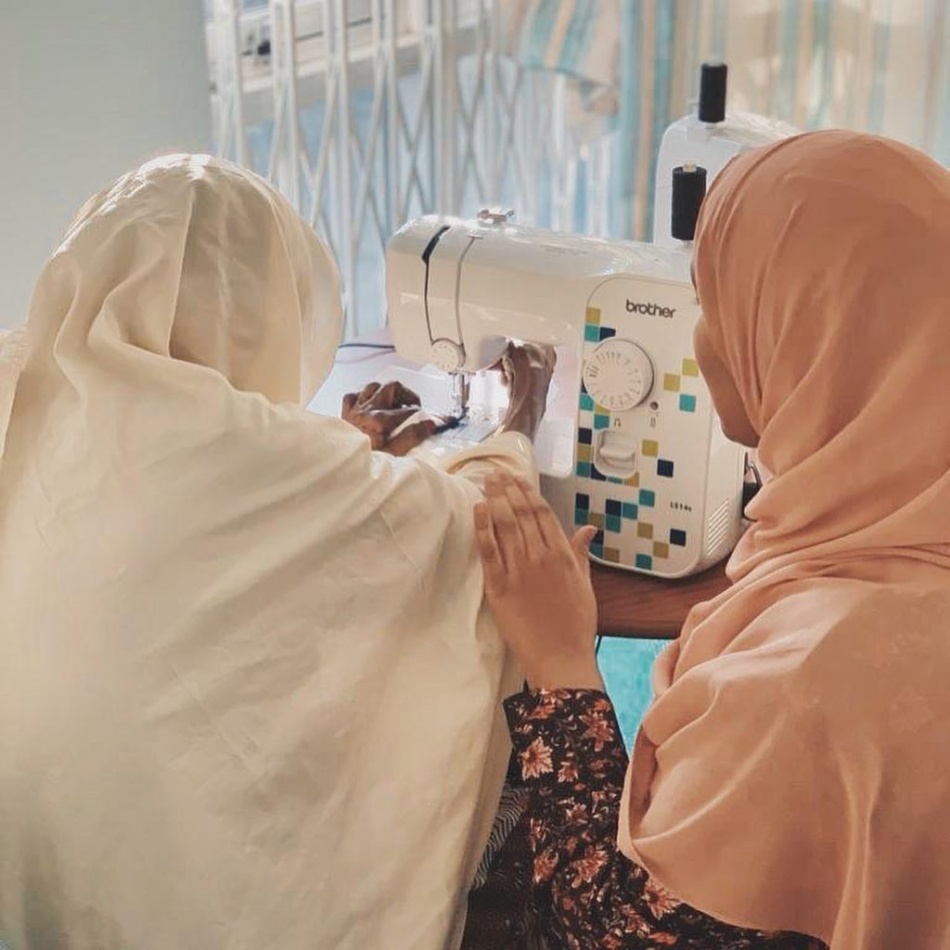 In Hafza’s studio the entire community is welcome to enjoy a creative escape and, for the many Somali community members who join these sessions, it’s also a time for them to reflect on and learn about their heritage. It’s not just one-sided giving though, Hafza says that her community both in Newham and the wider Somali community have been hugely supportive in return. In fact, one of the most rewarding parts of her work is when someone chooses to wear her art on special days such as their wedding. She is constantly grateful for being able to be part of so many people’s life-changing moments. Aside from the design process, Hafza says that it’s this community work which she loves most about her job. 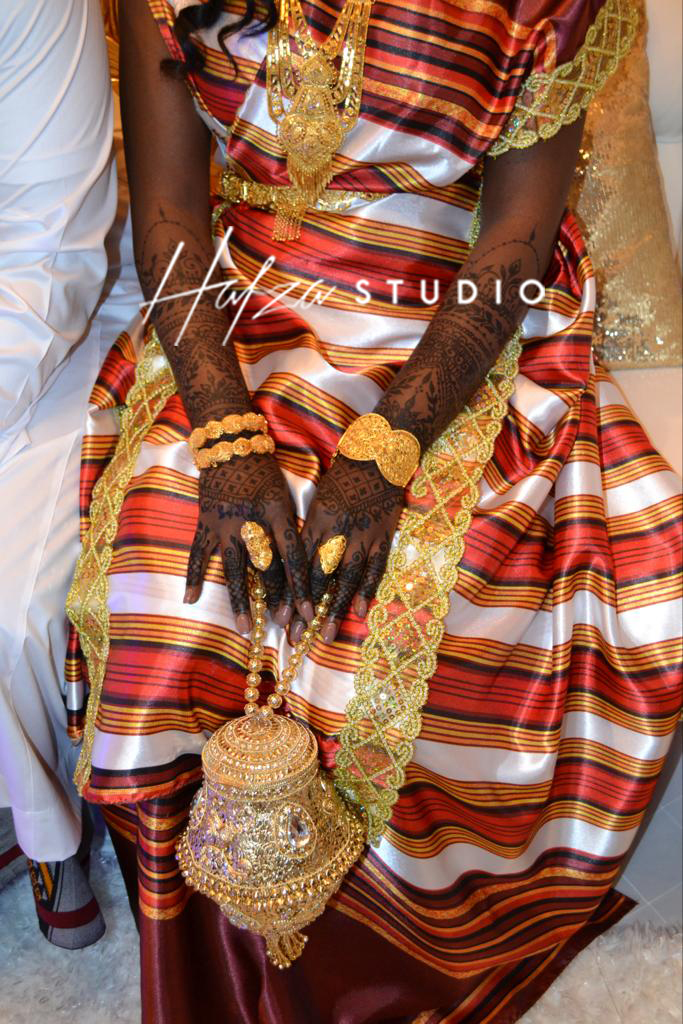 Telling Her Own Story

Despite all the attention, Hafza maintains that one of her biggest challenges has been being able to tell her own story. She knows that there are many who will form their own opinion and narrative about the work she does and how she chooses to do it. Hafza says that getting to a place where she feels empowered enough to challenge these alternative tellings has been a long road, and one that she still struggles with from time to time.

Regardless of what others might think, Hafza’s vision for herself and her future is clear. While she has no plans to get rid of her textile studio, which has become a much loved creative space, Hafza also hopes to one day set up a shop. The future of Hafza’s Studio is as much driven by Hafza’s care for her community as it is by her ambition. Alongside a new internship programme for budding artists which she hopes to get off the ground this summer, Hafza also dreams of putting together an archive of Somali textiles and designs, to preserve their beauty and inspire many more generations. 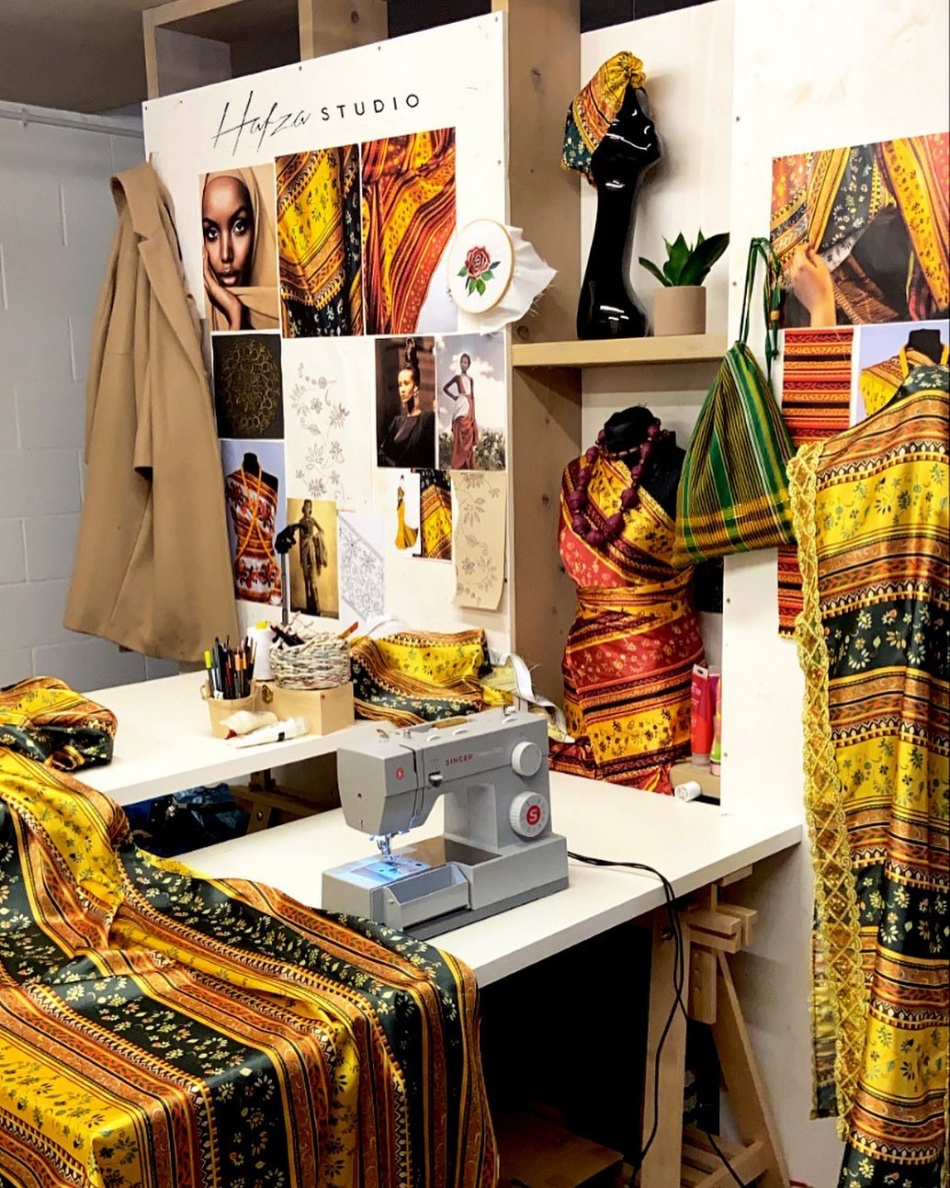 Although the journey hasn’t always been easy, Hafza’s studio and the haven which it provides to the community that she loves, is a testament to her hard work paying off. Whatever challenges she may face Hafza remains certain that, with the support of her family and faith, and the determination to take control of her own story, she will find success in all of her endeavours.

If you’d like to see Hafza’s latest collection, or find out when workshops will be held next, you can go to https://www.hafzastudio.com/ or follow her at @hafzastudio on Instagram.