An exhibition, celebrating the rich history of Canning Town through folk dancing and girls’ school stories, researched by Dr Ju Gosling at Newham Archives and the English Folk Dance and Song Society.

‘Canning Town Folk’ was originally created by resident Dr Ju Gosling in 2010 and funded by Arts Council England, tells how youth workers and young people from Canning Town played a pivotal role in the English folk dance revival of 1910 onwards.  Much of what we know of the work in Canning Town by Maud Karpeles (1885-1976), and later in Plaistow by Daisy Caroline Daking (1884-1942), is through their fictional representation in the stories of Elsie J. Oxenham (1880-1960). The ‘Canning Town Folk’ exhibition explores the history of Canning Town from its beginnings in the early 1800s onwards. Always a diverse community, from the start residents came from Ireland, Germany, India, Malaysia, China, Japan and a wide range of Eastern European, African and West Indian countries. Always a poor community, in the late 19th century activists from the churches and Oxford University developed community centres and lived alongside residents to provide social and cultural support. These ‘Settlements’ included Mansfield House Settlement (still in being today as part of Aston Mansfield) and Canning Town Women’s Settlement. The view from the roof of The Residence over Canning Town and Mansfield House. Images Courtesy London Borough of Newham

Maud Karpeles was a Jewish voluntary youth worker at the Settlements. She initially learned folk-dancing from Cecil Sharp, the founder of the English Folk Dance Society (EFDS), in order to teach children in Canning Town. When the English Folk Dance Society was being created, the children went with Maud to demonstrate to adults in Stratford Upon Avon and Kensington, who came there from all over the UK. Maud Karpeles went on to travel the world, first as Cecil Sharp’s assistant, and then in her own right, to become one of the most significant figures in the English folk dance revival and the world folk music movement. Later, Daisy Caroline Daking chose to teach folk dancing to people of all ages at the newly established Plaistow YMCA, staying overnight afterwards at the Canning Town Women’s Settlement. The YMCA had been opened as a war memorial in 1921, and Daking had returned from teaching folk dance to help soldiers relax behind the lines, in the First World War and then in Occupied France. Her incredible story is told over the course of several girls’ books by Elsie J. Oxenham, who gives her the pseudonym of ‘The Pixie’. Oxenham’s detailed descriptions of Plaistow and Canning Town in the early 1920s — the exhibition includes links to relevant texts — are effectively eye-witness accounts.

For adults, Mansfield House operated an orchestral society, a choral society, a dramatic society (later supported by George Bernard Shaw), a gymnastic society, and rambling, cricket, football and cycling clubs. The Settlement opened The Brotherhood Society in 1892, and this later became the Civic Union. They also held weekly lectures and discussion groups, and many of the Settlement activists went on to play a part in local and national politics. All of this contributed to the fact that, in 1898, the first ever Labour council was elected in the borough of West Ham. Canning Town also had a music hall and cinema, library and other amenities, and of course West Ham United began there as the Thames Ironworks shipbuilders’ team on the banks of the River Lea in Canning Town. 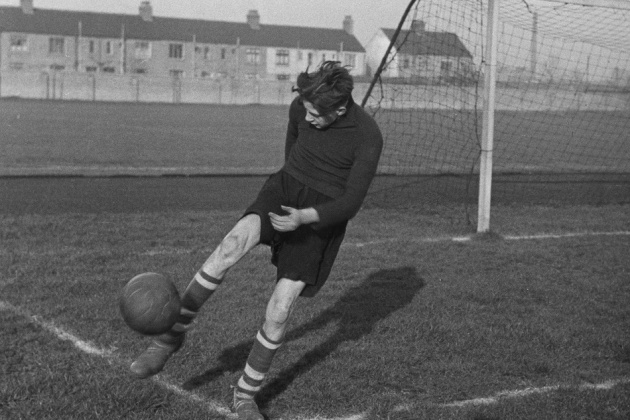 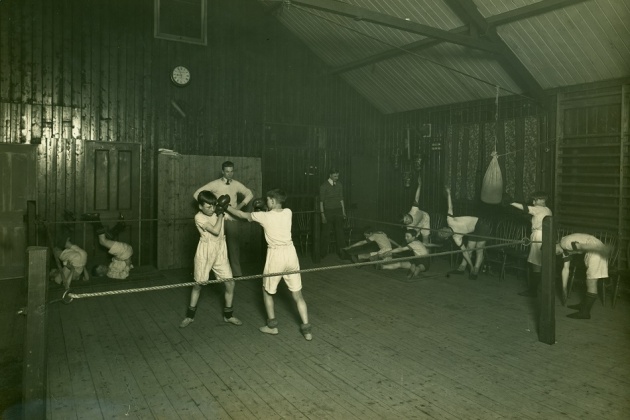 The physical version of the ‘Canning Town Folk’ exhibition was first shown at the Hub in Canning Town in 2010, and in 2011 it was exhibited at Cecil Sharp House, the HQ of the English Folk Dance & Song Society. For the 2011 exhibition Dr Ju Gosling also created a musical animation, Canning Town Trio, using the movement pathways of three of the dances mentioned in Oxenham’s books, and mixing the sound to reflect Canning Town’s industrial past. While ‘Canning Town Folk’ was at Cecil Sharp House, Dr Ju Gosling received further funding from Arts Council England to see if the dances could be adapted for wheelchair users. This led to the development of Folk in Motion, the Canning Town-based national wheelchair folk dance company who are due to take place in the Paralympic Flame Handover Ceremony. Folk in Motion used to run free fortnightly sessions at Durning Hall in Forest Gate, which are open to all wheelchair users including those who need to be pushed. http://www.folkinmotion.co.ukhas further details, including performance videos, teaching notes, sound tracks and other resources. Canning Town’s rich folk dance history continues to inspire people from across the UK and beyond today.

This is an excerpt of the whole exhibition which may be explored in full at www.canningtownfolk.co.uk