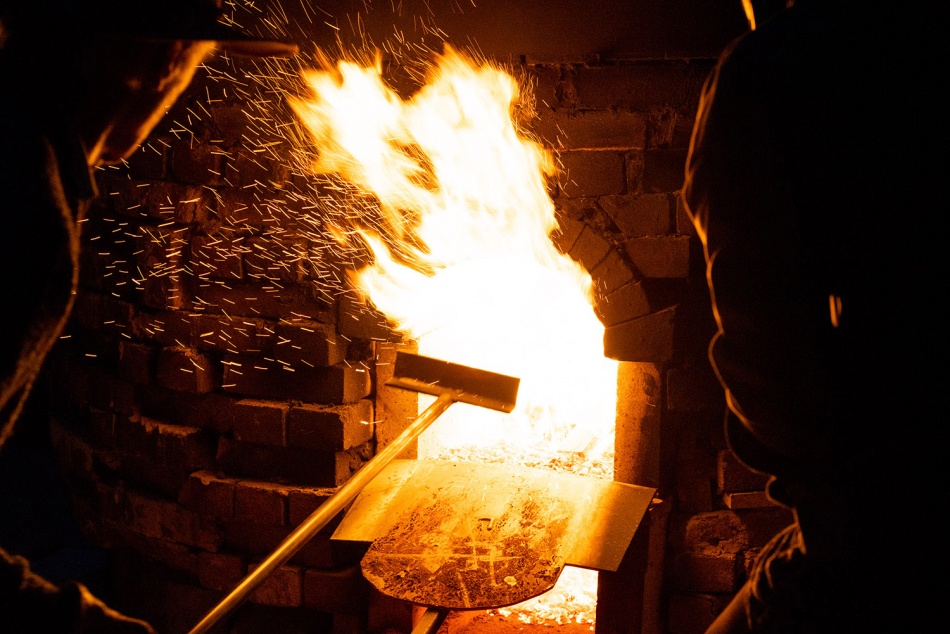 UEL’s MA students in Performing Arts present twilight performances set around a live fired kiln in an industrial courtyard. Based on their findings into histories of brick, brick building and dwelling in the borough, and using the humble brick as the object of performance, students explore connections between building methods of the past and our present infrastructure. Themes include the historic role of women and children as brick-makers; Mesopotamian rituals of brick-building; confessions of bricks lodged in time-worn walls; visual studies of brick-making processes; and, provocations around present day housing equality, planned obsolescence and ecology. Amusing, wry and discerning these performances bring the relevance of our making histories to bear on our present lived environments.

You will also see our traditional clamp kiln being fired as we burn 1000 bricks made by local residents from clay dug in Newham.

Brickfield Newham is a community research project that questions clay and its importance to the urban landscape by connecting people literally to the earth beneath their feet. During the nineteenth century, itinerant brickmakers leased land across Newham to dig clay, make and fire bricks. These brickfields provided the materials that built houses for the borough’s workers and industrial infrastructure they laboured in.

This project is a collaboration between the University of East London, V&A East, Victoria & Albert Museum Research Institute and Brickfield. We have been supported by Newham Heritage Month, Andrew. W. Mellon Foundation and an Arts Council National Lottery Grant with in-kind support from ThisIsProjekt and Newham Council.

This event is now sold out

We want everyone to be able to get involved. So let us know if there are any adjustments we can make so that you can join us. Email rosamond.murdoch@newham.gov.uk for access questions.

Covid-19 security measures will be in place following the Government’s latest guidance. The workshop and performance is planned with Covid-19 safety measures in place. Audiences and participants should not attend the site if they or a member of their household have symptoms of covid 19, have tested positive or have been told to isolate. Anyone with symptoms must not attend, must isolate and get a PCR test.