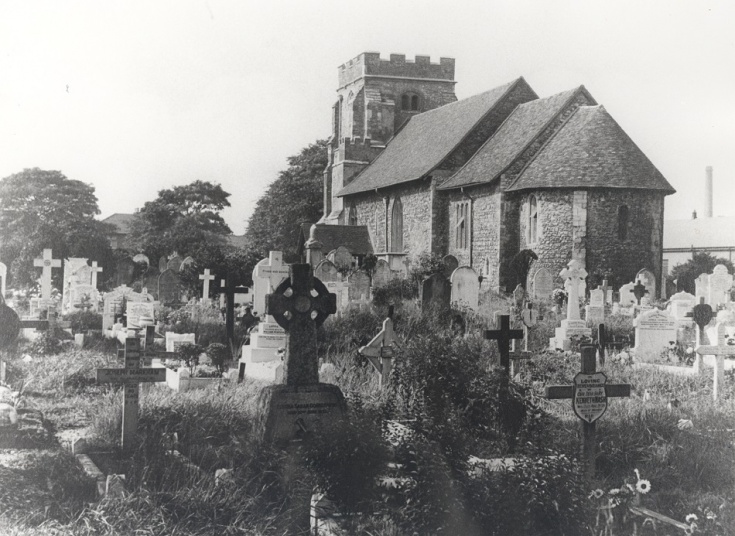 St Mary Magdalene in East Ham is the oldest Norman church in London. The church is well-loved by an active congregation and has a nine and half acre churchyard which is now managed as a nature reserve by a host of willing volunteers.

Anyone can visit St Mary’s nature reserve, there are trails to explore in the churchyard. The pathways are designed to be used by wheelchairs and pushchairs. There are two trails, short and long, which take 30 minutes or an hour. 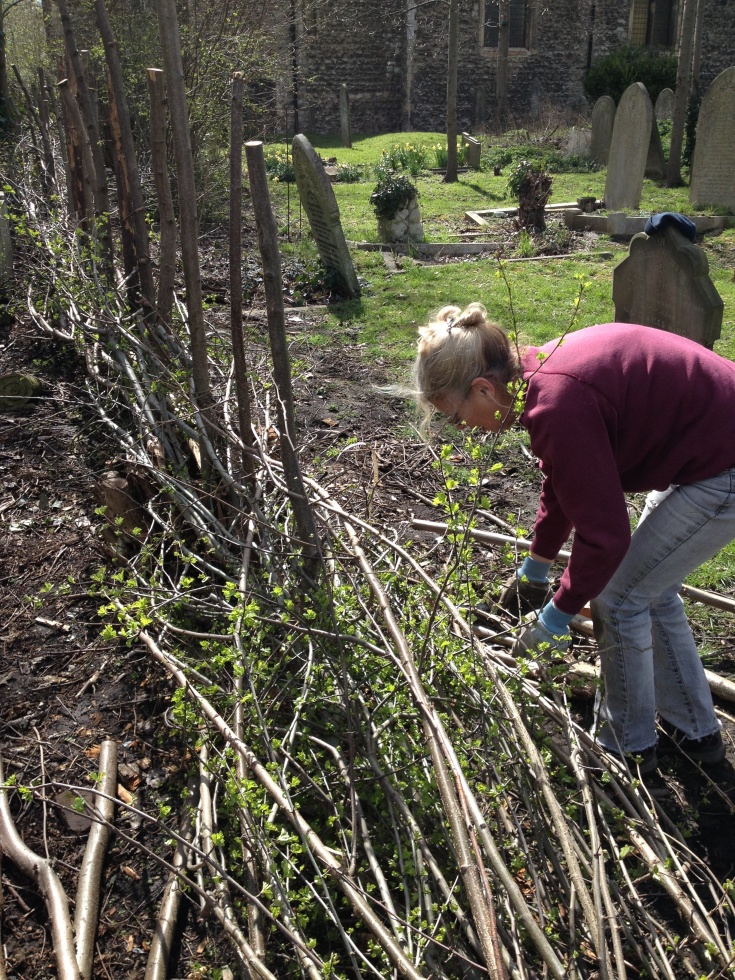 Volunteers use traditional hedge-laying in the conservation of the churchyard. Image courtesy P Williams.

The Grade I listed building has one of the best preserved Norman archways in the country and the largest churchyard in Britain.

The significance of being Grade 1 listed for a church indicates how important the building is to understand our history and that it is worth preserving for the future. We can understand more about our history through the building, for example the building shows that windows gradually became larger and larger showing that congregations needed more light as their literacy increased.

The design of the church was originally made up of a semi-circular apse, a sanctuary, a chancel and nave, a design based on a Roman basilica. In 1230 a tower was added to the west end, along with a priest’s door inserted into the south wall of the Sanctuary and close to it a double Piscina. 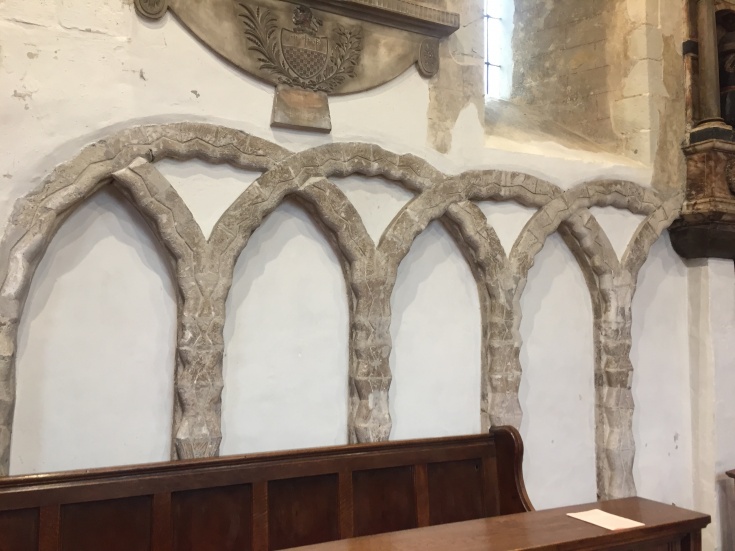 Fascinatingly, built into the wall is an anchorite’s cell, a tiny cramped area just big enough for a small person. Little is known of these early Christian monastic hermits (c. 13th & 14th century), however it is thought that their austere living conditions would have been improved by local people bringing them food offerings in exchange for advice or remedies. In 1930 two skeletons were discovered, former inhabitants of the anchorite’s cell who had been buried nearby. 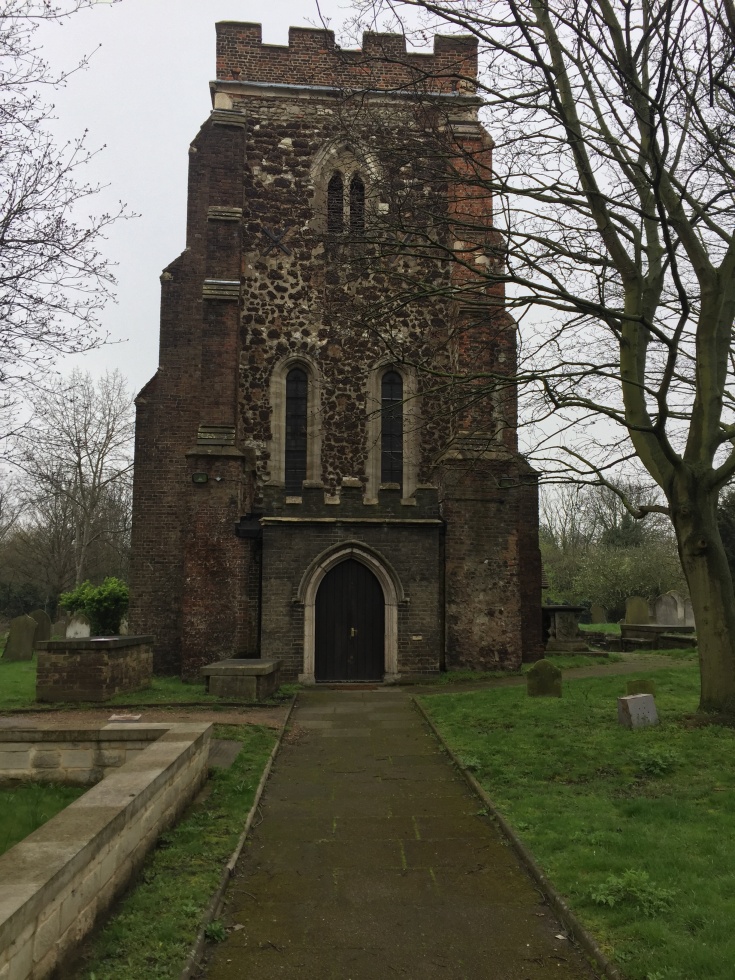 Like many Norman churches the building is made from a selection of regional geology, including Kentish ragstone, flints and chalk from North Downs, Caen stone from Normandy, Purbeck Stone and even fragments of Roman tile. The tower is built almost entirely of Pudding Stone from Norfolk.

Before the Reformation, St Mary’s was a Catholic Church, maintained by Cistercian Monks from the Abbey at Stratford Langthorne. Though they were an austere order they painted murals on the arch between the choir and the sanctuary on the chancel walls. But the artwork was painted over up during the Reformation. 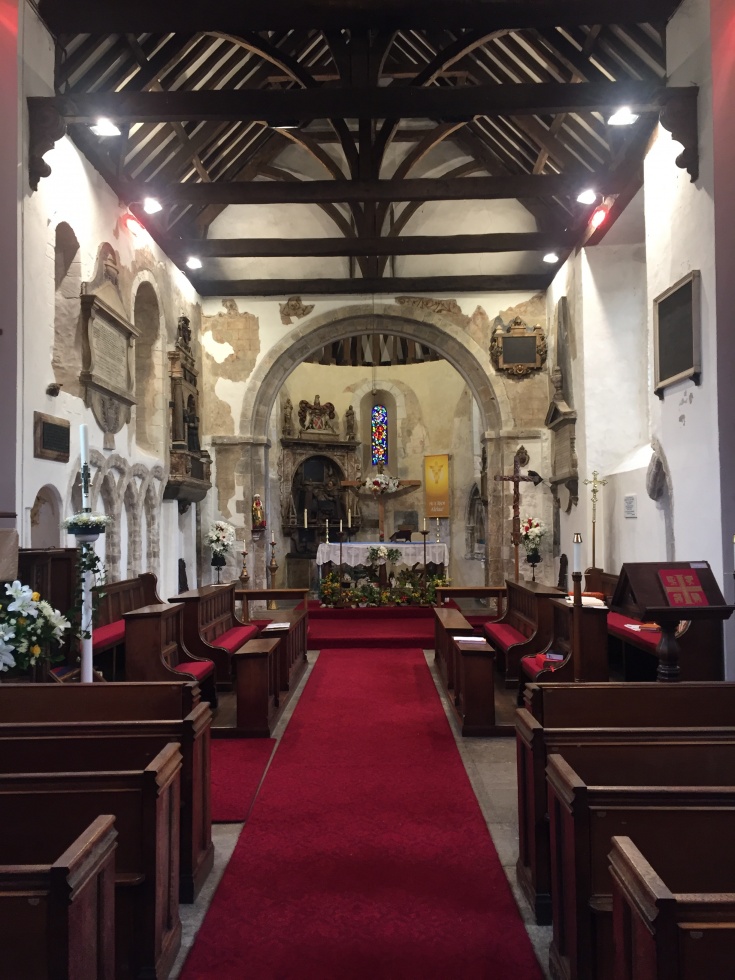 “Now with grants from English heritage, the lime wash used to preserve them is being very carefully scraped away to reveal these important paintings” said the current Reverend Quintin Peppiat.

There is a memorial, just inside the gates to those local people who gave their lives for their country in two World Wars.

Very few burials are now made at the church, though thousands of people are buried here and some of the graves date back to the 13th century, it has been full since the 1970s.

This was once London’s largest nature reserve and has since been dwarfed in recent years by Walthamstow Wetlands in 2017 and Barnes Wetlands in 2000 however the value to Newham residents should not be underestimated. This protected site of nature and quiet is a resource for us all. 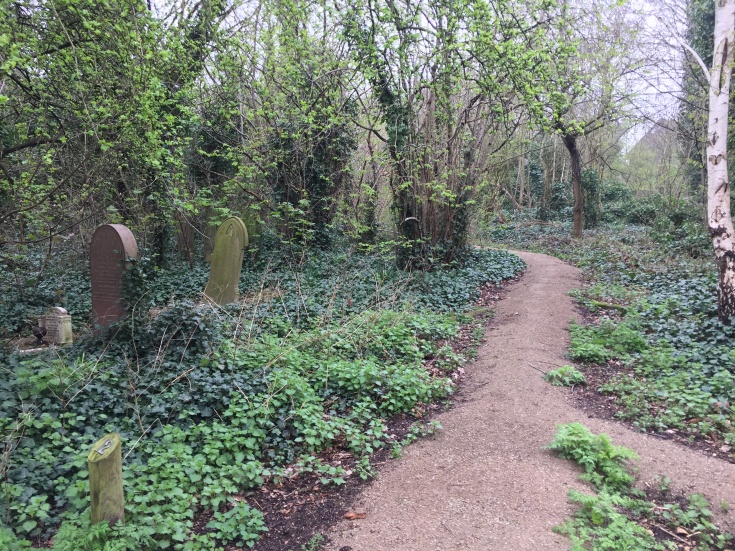 At its furthest point away from the main church building on the site, the nature reserve abuts the flyover crossing the A13 Newham Way. Despite this, it really is remarkable and so peaceful.

There are of course, accounts of this in the church history books that the churchyard was often used to hide smuggled goods, especially tobacco and spirits, which had been off-loaded from boats on the Thames or Barking Creek.

To see a map of the nature reserve download a guide here.

Thank you to Colin Grainger for his invaluable research for this record and has a personal connection to the church:

“It has wonderful memories for me. I got married there in 1976 to my schoolchild sweetheart Lesley. When we when to apply for the marriage, the then Parish head the Rev Stephen Lowe, now Bishop Holme, asked us where we had been baptised or confirmed. We hadn’t – and so we were christened six months before our wedding. It was a beautiful occasion” Colin Grainger 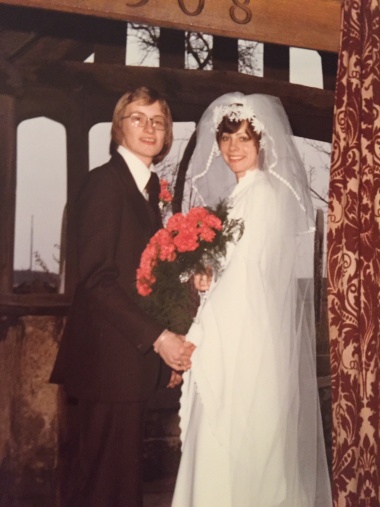 “St Mary’s means so much to our community and is, in fact, a treasure we should look after nationally. It is a special place.” Jill Sidoli (local resident).