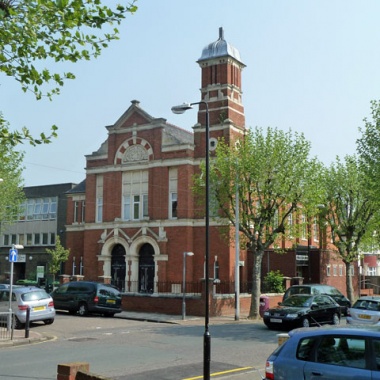 Harold Road Centre in Plaistow, E13 was built as a Methodist church in 1903. Built on a prominent corner in the tree-lined residential street near Upton Park station, this is a well-loved building that has served the community for over one hundred years.  Charities and local organisations make use of the labyrinthine office space, Harold Road is now finding a new lease of life as an arts centre, including a theatre. 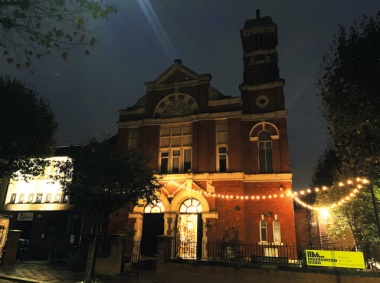 As a church the building enjoyed a congregation of over 130 by 1914 but in 1939 it had dropped to 30 and fell further during the Second World War when bomb damage to nearby churches led to the congregations being merged.   Little is known about the use of the beautiful building until 1975 when it became the headquarters for the Newham Community Renewal Programme.

The Renewal Programme created in the early 1970s by Clifford Hill leading a group of Christians who worked hard to integrate the large diaspora expelled by Idi Amin from Uganda into the community in Newham. They ran language classes for new arrivals, worked in hostels for young single homeless people and they also ran job training centres. The Renewal Programme is thriving today, and still runs a refugee and migrant project (RAMP) and many other community support initiatives. Read more here. 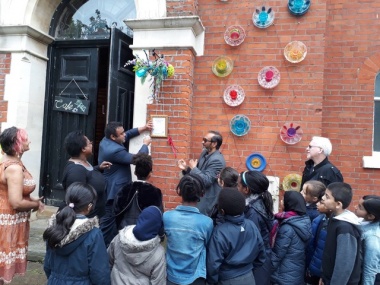 Harold Road Centre has always been a space for neighbours to organise, meet and provide the help to those most in need.  Over the years the groups who have formally met at the Centre include the Roma Support Group, Shpresa Programme, Bajuni Womens Advocacy Group, Newham Monitoring Project and countless faith groups.  Now Compost London have their offices in Harold Road Centre, providing important organisational support to the voluntary and community sector in Newham, read more about Compost London here. 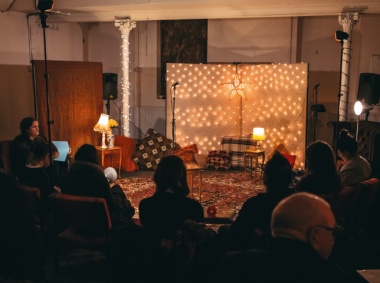 Applecart Arts, a socially active theatre company, took on the long-term lease in 2017 and has recently run a successful crowd funding campaign to carry out important repairs and renovation to the building.

“We tell stories which place people within their communities.”

Harold Road will continue to provide its important community function for years to come, thanks to Applecart Arts, find out more here. 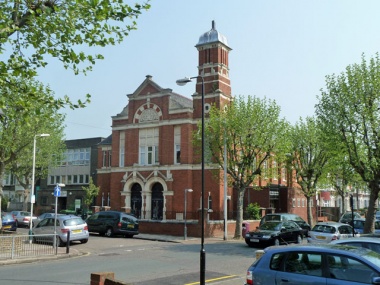 Have you got a memory of Harold Road Centre?  We would love to hear from you! #NewhamHeritageMonth

This article was researched by Peter Williams, a local historian in Forest Gate. Peter is the son and grandson of Methodist ministers. He is the author of numerous articles about local history in Newham.