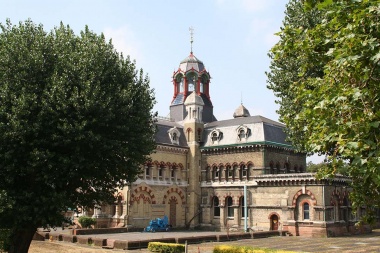 Designed by renowned engineer Sir Joseph Bazalgette as part of his landmark project to create a sewer system that would clean up the capital, the “cathedral of sewage” remains a spectacular example of Victorian engineering.

You can view this iconic Newham Grade II listed building from the raised walkway, known as the Greenway, which is the grass covered cycle and walkway atop the Bazalgette sewage pipes that run from Wick Lane, 7km to Beckton.

Despite its age, Abbey Mills continues to form part of Thames Water’s complex network of wastewater pipes and pumps. It was originally constructed to pump sewage from the low-lying sewers of London through an outfall sewer and into the River Thames.

It now helps transfer waste from homes and businesses across the capital to Beckton sewage works, Europe’s largest three miles away. On an average day 230,000 litres of sewage passes through the site, the equivalent of around 100 Olympic-sized swimming pools, while on wet days volumes can increase four-fold with the majority of the storm water flowing into the Lee Tunnel sewer. 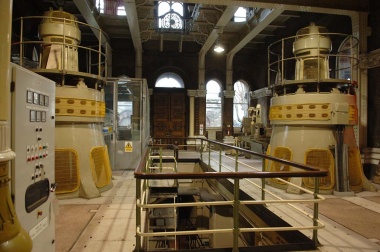 The interior of Abbey Mills has recently been repainted by a specialist artist. Image courtesy Thames Water.

The pumping station was built at the site of an earlier watermill owned by the former Stratford Langthorne Abbey, from which it gained its name. It was first recorded as Wiggemulne in 1312 and in subsequent years became a site of factories and transit, with North Woolwich railway running through the site. 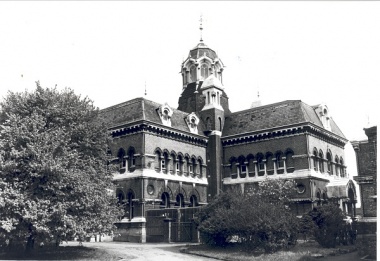