Cynthia and I both loved being part of Newham Heritage Month. The chance to work with IROKO Theatre on ‘Stories of Africans Living in Newham’ was wonderful for us both and allowed us to develop our skills but also to learn more about Newham and the people that call it home. Below you will find a conversation between Cynthia and I reflecting on the project. Our interviews focused on African business owners in Newham and their records can be found on this website, we hope you enjoy reading them as much as we enjoyed making them.

Cynthia: So great to see you again, Louise! Now, that the project’s done, I’d love to know what drew you initially to joining as an Oral History Researcher on Iroko Theatre’s  ‘Stories of Africans in Newham’ project?

Louise: Well, I had just finished another oral history project and it was something I wanted to continue learning and developing my skills in. I’m also really interested in community based heritage, which seemed perfect with Newham Heritage Month, and really getting to bring the community’s heritage to them. So it just seemed like the perfect match for my interests and the skills I wanted to learn. What was it that made you want to be part of the project?

Cynthia: For me, it was quite similar. I come from a research background, especially around cultural heritage. And I’ve always been really interested in London’s history, and how to make it exciting and accessible for everyone. In particular, I have a Nigerian background and my family lived in East London for a time as well, so I thought it would be quite an exciting opportunity to speak to people about how the area has changed, and how they have built their lives and their businesses in the community there. And we’ve had many chats about how much we both enjoy doing interviews and oral history research in the past, so I think that was a draw for both of us. On that point, was there anything about this project in particular that you really enjoyed?

Louise: Something I always enjoy is hearing people’s stories and getting to find out different things that I maybe wouldn’t know myself. I think a really nice part about the stories that we collected for this project was the sense of community that everyone felt, and that sense of Newham being a home for people and it’s allowed them to grow. I thought that was a really nice thing that came out of the interviews. What was it for you that really stuck out as a highlight? 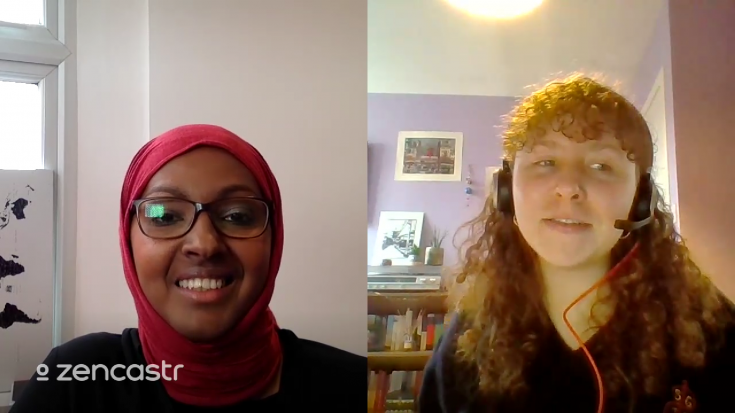 Cynthia: What I also found really interesting was how everyone was talking about being inspired by Newham, because is a community in which they see so much of themselves and so much of the culture that they love reflected. Also, I think just getting to know people that you wouldn’t otherwise meet or bump into and finding out a bit more about their lives is something that I really enjoyed about this. Was there anything that you’ve really taken from the project, beyond just what you’ve enjoyed, anything that you learnt a lot from?

Louise: I guess, I didn’t actually have that much knowledge of London’s history or the African community in London. And so for me, that was new knowledge and something I’ve never learned before. It was so nice to have that exposure to kind of different ideas and different histories that I hadn’t been aware of previously. Was there something for you that really stuck out is a learning point?

Cynthia: Even though I’ve done research like this before, usually, it’s been to write papers or to write a research project. Whereas with this, I found the creative side of it really interesting, thinking about how the interviews that we’re doing will then be translated into a theater piece. It was really nice to look at it from a different perspective and think simultaneously during the interview, ‘how will this translate into the story narrative’? 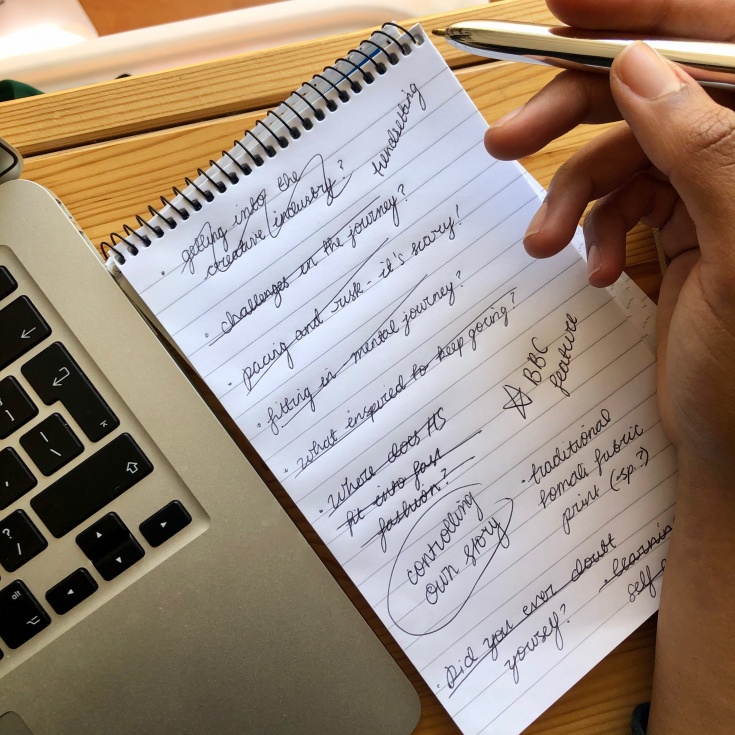 Louise: I agree, it will be exciting getting to see the creative input that comes from interviews and being able to see it in a more creative format, rather than normally in the written text, which is what we’re both used to.

Cynthia: Reflecting on the project now, has the idea of ‘Stories of Africans Living in Newham’ taken on new meaning for you?

Cynthia and Louise chatting about the project for this piece

Louise: When I first began looking at Newham Heritage Month and Africans in Newham, I looked at the Newham Heritage Month website, and read around that so I knew that were creative community groups in the 80s. And I knew from further research that the Somali community had been large in the docking area in the past. But from the project my knowledge has grown to a better understanding of modern Newham, and just how the communities have come together and are really supporting each other as well. What about you?

Cynthia:I think for me, it was much more that when you look through the archives at the stories of businesses, a lot of what gets recorded is facts and figures and you can forget the struggle and the challenges, but also the triumphs, that are behind those figures. That’s what often gets lost, so it’s such a privilege to now have these kinds of projects where those stories are highlighted and those people do get the opportunity to tell their stories. You know, Africans have been in Newham for many, many decades and I try to imagine what we would have heard if this same project had happened in the 60s or 70s. So, for me, it’s building on the picture that we have of Newham so that a hundred years down the line someone can look back and understand this long, rich history. That’s something I have a new appreciation for.

Louise: Yeah, I think that’s something I think of every time I record an oral history, because it’s nice to remember that this will be in an archive and it means that it’s there forever for people to listen to. I remember when I was studying history, I always found it invaluable to get that firsthand, real account from someone, rather than having to read between the lines on a piece of paper.

Cynthia: I’m really excited to see how all of these records are transformed by Alex and the rest of the team at IROKO Theater into a really wonderful musical.

Louise: Me too, I’m so excited to see it!