The New Curators were selected for an intensive training course over the last few months, learning from industry experts all about how to work in the arts and heritage sector. This programme was delivered in collaboration with UCL Special Collections. Newham Heritage Month 2021 will see the premiere of the New Curators’ work. We spoke to one of them, Nabilah Khan, to find out more. 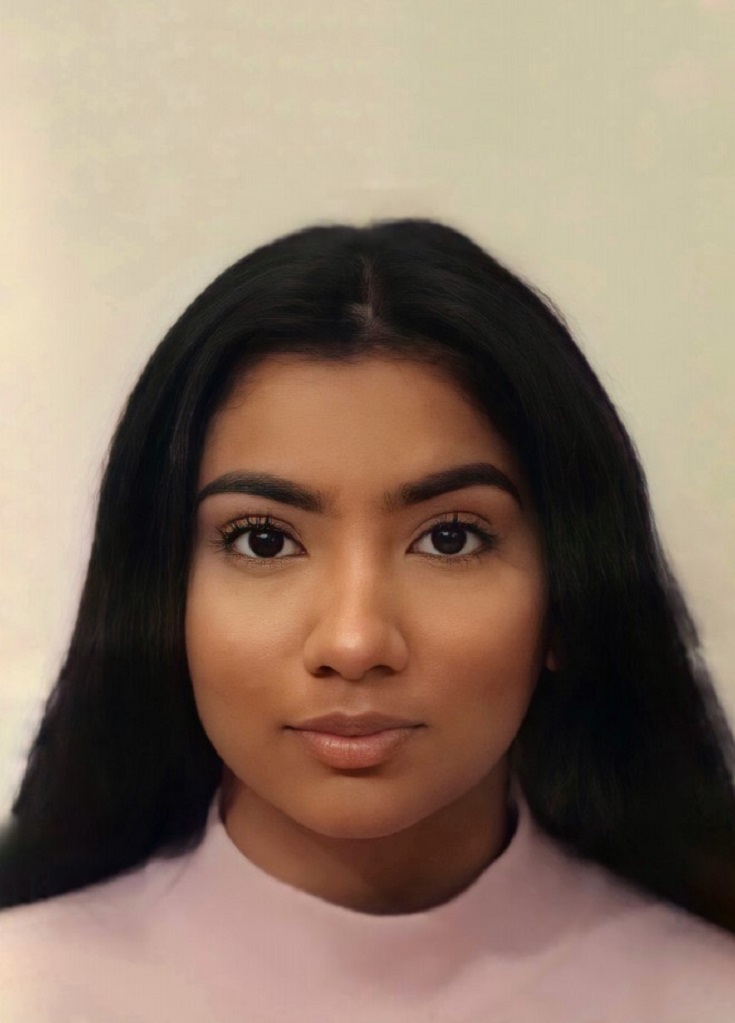 Nabila Khan is one of the New Curators, a newly devised course delivered by UCL Special Collections and Newham Archive

What made you apply to take part?

I was already following Newham Heritage Month on social media and I thought it looked so cool, I wanted to learn about exhibitions, that was always something I wanted to do. Growing up I went to loads of exhibitions with my parents and I always wondered how they put all the information together, so going to learn about the archives was fabulous.

What have you learnt through taking part?

With the Curators programme they’re really teaching us how to keep it enticing so that people, even though it’s just free posterboards, they’re learning so much about their own history and their own culture of Newham. We’ve learned countless things we’ve had I think three workshops with learning about archives and I think the archives one was absolutely fabulous because we learned deeply about what how archives work and how they’re like registered.

What will we discover in the exhibition?

The overarching theme for all Newham Heritage Month is ‘Shops, Docks and Factories’ and we are specifically focusing on food factories in Newham, because surprisingly we were doing research into factories and we found there’s so many, for example Tate and Lyle which supplied sugar, and the Trebor factory – I was so shocked to learn that Trebor mints, like the soft mints and the hard mints, they originate from Newham, and a fun fact is that Trebor is just Robert backwards because the creator’s name was Robert!

Where can we see the exhibition?

It’s going to be on pop-up banners that are going to be circulating around seven Newham libraries.

Has your understanding of heritage had changed during the project?

So I think it specifically in the beginning before starting the Curators Project and going so deeply into Newham Heritage Month, I think heritage really meant to me about being Bangladeshi and Bengali but I realised it’s so much more than that, it’s about being a British Bangladeshi and it’s different to my parents about how I’ve grown up in a culture and country that’s so different to what they have, and not only is my culture wearing kameez and saris, but it’s so much more than that, it’s learning about British culture as well, and British heritage and learning about the wars and seeing the soldiers and it’s just it’s more broad than what I initially thought it was.

Why should young people should care about a month celebrating heritage?

I think everyone should care, not specifically young people because Newham is such a melting pot of culture and heritage in itself, it is so diverse and it’s so inclusive of everything, that for young people focusing on themselves but also learning broadly about everyone else’s heritage is so important because it teaches them life skills and it teaches them gives them so much more knowledge than they may have thought to ever achieve, and especially with Newham Heritage Month, I’ve learnt there is so much more to Newham than what I have seen growing up, I think learning about that and especially young people learning about Newham Heritage Month it has helped us diversify our understanding of what heritage and what culture really is.

Where do you all go after the New Curators project?

So the Curators project was specifically for people who have not gone to University or do not have a University degree, so all the other members on the project have very different paths in life, I’m not too sure about everyone but I know some people I think are planning to go to University in the future and some people are want to have this experience to go down the curators path and because they specifically want to learn more about it and for me personally I’m choosing to go to University but I think this experience and this learning has helped me develop my knowledge and understanding before I take the leap.”

The Year of the Young Person themes are Hope, Celebrate and Legacy, how is that reflected in Newham Heritage Month?