As part of Newham Heritage Month 2021, and the Crate Digging: The Influence of De Underground Records, Katherine Green from Rendezvous Projects worked with young people at the Forest Gate Youth Zone. De Underground Records was a shop and recording studio at 18 Sebert Road which was pivotal in the development of British underground dance music and culture. The record shop was influential for a generation of local musicians and music lovers. For Forest Gate’s DJ Chef it was a significant focal point, a meeting point for friends and contacts, and a place which influenced the direction of his career as a music technology tutor in Newham, a drum and bass DJ and radio presenter. 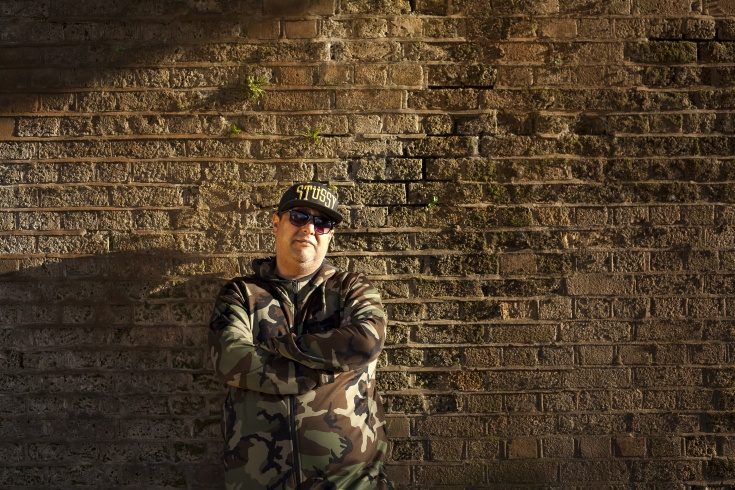 So, DJ Chef what is it like teaching and exploring music with the young people of Newham?

I love Newham because it has so much creativity. The young people have so much energy and teaching music is a great way of harnessing that energy and guiding them, and some take it and go on to do amazing things. There’s no better way I could imagine spending a day, than making music with young people. It’s too much fun.

What led you to explore drum and bass as a style of music?

It’s a long story but the quick answer is, a passion for music and finding the tribe that I was most connected with.

Drum and bass is and was something that felt like ours. We were hip hop kids when we were growing up in the 80s, we were always listening to stuff that was imported from America. There wasn’t a UK urban music scene at that time. In the mid to late 80s there was a scene and a movement that started happening that was very British. Inner city communities such as those in London, started creating a new sound, my sound was UK hip hop which then evolved into the new breakbeat sound. That gave birth to many subsequent genres of British music, and I was lucky to witness these genres be created. So, I was here before grime, before dubstep, before trap – and I’ve seen them grow, develop and sometimes be destroyed. No one really talks about dubstep or garage, for instance, but drum and bass has stayed its course after 30 years.

The reason I’m so involved in it, is because it was ours, we developed it, we worked it, we made it, we publicised it, we promoted it and we did everything for little financial gain, just for the love that it was ours. And, just like when grime developed and everyone in Forest Gate knew the Newham Generals, it becomes personal, it belongs to us and our areas.

How was the music received amongst your peers and the general public?

Drum and bass is embedded now, it’s here to stay, so computer games have drum and bass music, adverts have drum and bass music, drum and bass is here. It’s not a fad or a fashion. It’s a global phenomenon, it started off in communities here in Forest Gate, such as in Sebert Road. In back offices, homes and shops were little studios – it started as a cottage industry and then grew globally, and now we’ve got people from all around the world making music, playing music, investing into the scene. It’s the best thing, to see the music that started off as a small little personal thing go worldwide and not to become saturated and unpopular.

Everything goes through phases, becomes popular and unpopular in waves. Everything goes in circles so things that were trendy 10 years ago will come back in another 10 years or now even sooner now, because there’s not enough good new content. We end up having to recycle old content.

There’s not enough information about that early period of musical development, of the cottage industry, we were too busy enjoying ourselves to document it and that’s one of the reasons, I’m here with you today.

What was it like playing for your first ever big crowd?

Every gig feels like the first gig to a certain degree.

Big crowds, small crowds, any crowd – if you’re a public speaker, performer or artist, anytime you’re putting yourself out there, and you’ve got hundreds of eyes, 1000 of eyes or just two eyes, it don’t matter who’s looking at you, there’s a sense of anxiety, anticipation and nervousness. But like anything, if you’re good at something, once you relax, and you get into your flow, nothing really matters, you’re in that moment. And then you’re only there for that moment. So, you just enjoy it. And then whatever the result is, if it was a nightmare, at the end of it, you’ll learn from it, if it was the best party in the world, you’ll learn from it.

I’ve been doing it for so long, I still have that anticipation, that anxiety, that nervousness before every show, because I want to perform well, I don’t want to let my public down and I don’t want to let myself down and you’re your worst worst critic. I have like a little nervous cough. So, before I do anything, I know, when I cough, I’m like, ‘I’m nervous’. But I take that nervous energy, and turn it into like, you know, positive energy in your way.

How different is the music culture from now and then, how has it changed?

It’s changed because you guys now can access music at the click of a finger, we had to do a lot more. We had to go places, research music, listen to music, we were discovering all the time, where you now have Spotify, YouTube, all these amazing platforms that you can say, ‘I want to listen to some West African music, I want to listen to Indonesia music’, you can get this at an instant. We would have to know somebody who had it. So, music culture was a lot more about discovery and the journey of that discovery, like going to a record shop, going to a shop that actually sold records. You could only listen to the tracks at that place or hear them on a radio station. And if it passed on a radio station, that moment passed.  It’s not like you can play it again. The iPlayer didn’t exist. If you missed that show, you missed that show unless you had an audio tape and were recording it. That’s how it was preserved. And then that tape might get shared around. So that’s why I’m saying there was a lot more discovery.

As far as looking into music today, it’s very easy to find a million songs and your generation, your taste in music is more varied.

Like we were tribal. You were a reggae person. You were a soul person. You were a hip hop person. You were a rave person. And, you were quite institutionalised within your tribe, because that’s where you wanted to be. But now, you can like 30 seconds a trap, then 30 seconds of this and 30 seconds of that. A lot of young people I meet, don’t listen to a track for more than four and a half minutes, it’s about the first half and then they’re like, ‘I’ve heard the chorus twice, I know the first verse, right next’. It’s just the way that you’ve been able to access music. So, when you think back culturally, we had very little and had to do a lot more research. The culture has grown exponentially because of technology. But without technology I don’t think the scenes would have existed, especially the drum and bass scene, I don’t think it would have lasted as long if it wasn’t for the tech and young people taking hold of that.

What were implications of the obstacles you had to go through?

We had to find methods to make our own music. If I tell you some of the ways we used to make music, you’ll go, ‘You guys are like dinosaurs’. Like we would use a Sega Mega Drive games console with its sound output connected to a mixer to play the sounds from a game like Mortal combat in sync while somebody who was mixing a breakbeat into another breakbeat on a set of turntables to make a new beat. While another mate was on the mic and another was on a synthesiser playing a bassline and then record it to tape cassette. So it was all this very primitive ancient way of trying to make music with no equipment, but lots of ideas and energy, I think I was not alone in this type of experimentation. Now you flick open a laptop, you select the drum channel! We had to fight, not having any money or technology.

If you had to choose one generation to grow up in, which one would it be?

So, definitely I would still like to be born in the 70s, simply because I got to see a lot of things grow organically and got to work in analogue. Things took time to produce, it was about quality rather than quantity. You took your time; it was a craft and you made something that was amazing. I find now you have a lot of stuff but none of its that good. 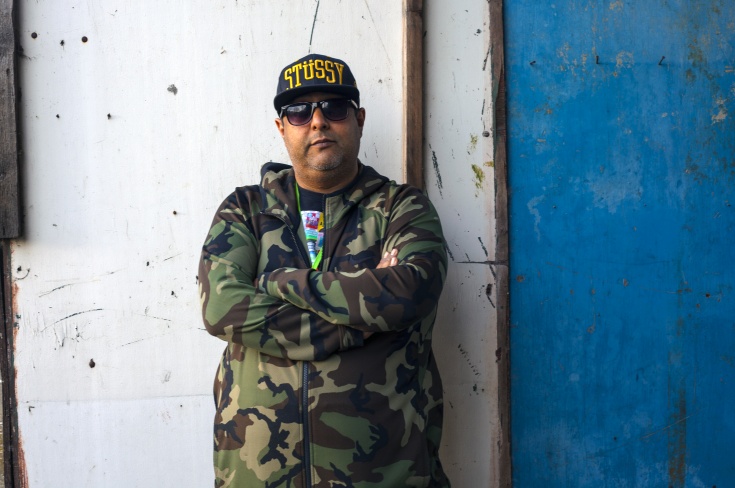